A software engineer was detained by U.S. Customs — and given a test to prove he’s an engineer 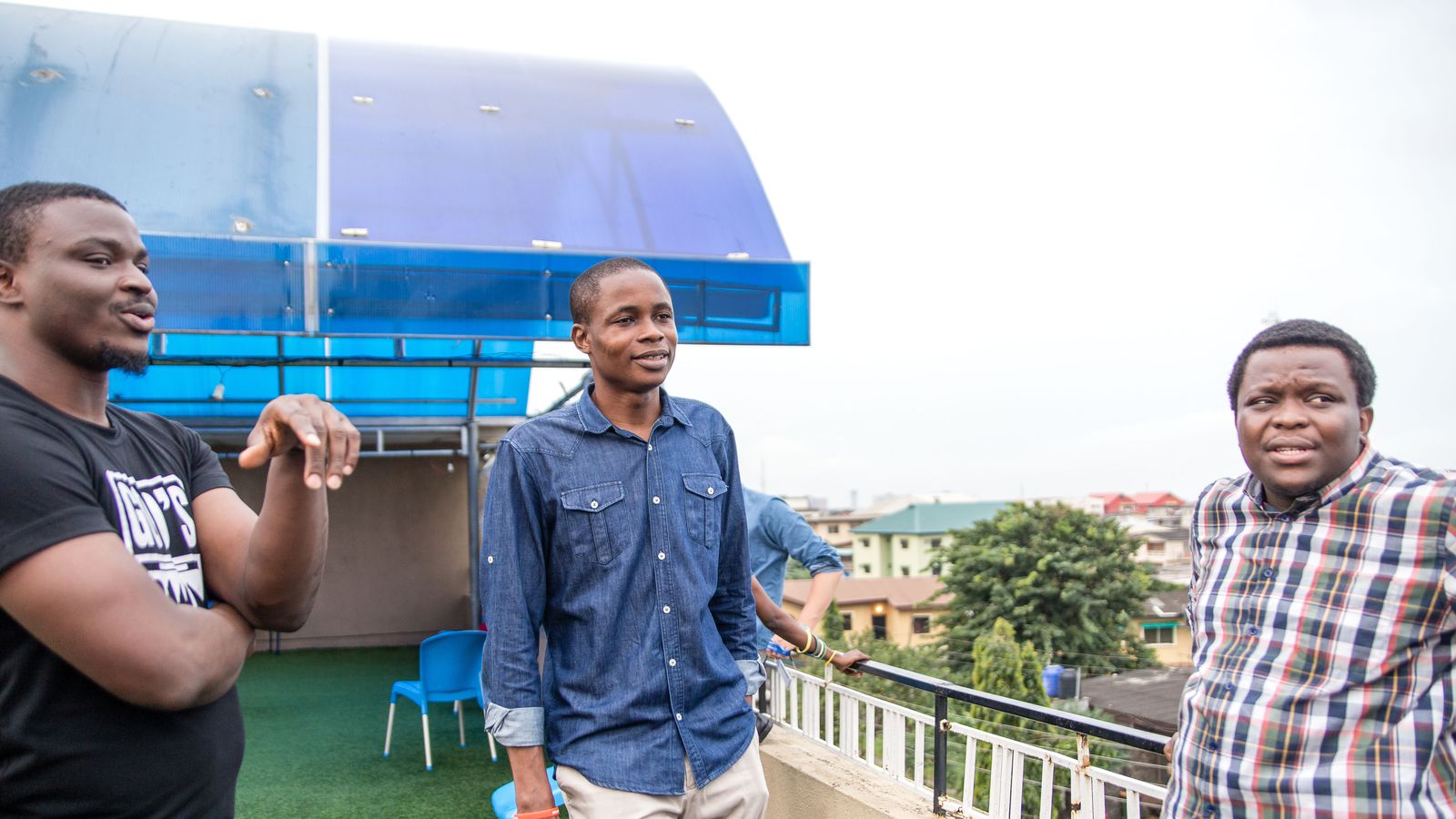 A software engineer was detained by U.S. Customs — and given a test to prove...

You guys on H1B better study up before returning to America.

He was asked 2 questions by customs agent to prove he’s a real engineer:

To be honest they seem pretty easy?

I heard this few weeks back. They were looking at wikipedia answers and the H1B is supposed to provide the same answer as per wikipedia as customs agent are not knowledge except wikipedia !

Really a software engineer would know what these are and can explain them, but giving exact wikipedia answer is tough !

Again, if the expertise field is different, they may not exactly know the details. H-1B visas allow highly skilled workers to spend three to six years at sponsoring companies in the U.S. They are particularly important to Bay Area technology firms, which use them to fill engineering positions. Decisions on the visas are ultimately...

This temporary becomes permanent soon. This is mainly used by H1Bs to get it processed faster in 14 days. Now, it is put back to check thorough and then complete application. Trump does not want to approve the incoming people in a hurry.

Trump is tightening all administrative process.

If they don’t let the H1Bs apply for green card or just slow the process way down a lot of people here will get screwed. Real estate will take a hit.

Do you guys want me to smile, then re-read what I’ve been saying?

I told you that this so called president in the white house hates all Silicon Valley. It is not his forte, he can’t touch them, he knows he is at their mercy when it comes to “the media”.

And, of course, he is “vetting” anybody coming into the US. Being paranoid as this so called president is, he is worried some ISIS will be coming via H1B visa.

From his point of view (paranoid) Can you imagine what the use of a keyboard can stir up?

If they don’t let the H1Bs apply for green card or just slow the process way down a lot of people here will get screwed. Real estate will take a hit.

Expedited processing means that H1B approval timeline is 15 days (I think). They are stopping that process, but does not affect GC process or other H1B process. In short, USCIS is not pressurized to approve anyone, but take their own time to approve.

Being paranoid as this so called president is, he is worried some ISIS will be coming via H1B visa.

If head of the state is not strong, everyone below will be relaxed. Tight control and scrutiny at entry side is perfectly fine. It will stop some loopholes. It can not be called paranoid. The rules were there, but he tightens further.

but does not affect GC process or other H1B process.

Right, not yet. That may be the next step is my point. Remember Bannon said last summer there are too many Asians in SV.

That may be the next step is my point.

Yes. Trump is coming with different style of immigration policy. He has stated immigration reform in his congress address. All things will change based on that. It may be weight-age system like Canadian immigration system.

Wow, customs officer are asking software interview questions that’s at the Silicon Valley level. Maybe this officer did study some computer science at college or high school. Those 2 questions were well chosen and they do not seem to be a random pick. So American tech education is not too shabby, right?

But apparently the officer is playing this as a prank, he might be joking with the h1b worker. They did talk to the employer and allowed him to enter.

Maybe the journalist lack a bit of humor?

But if technical competence will be tested, USCIS needs to develop thousands of multiple choice questions so that it’s easy to grade the answers. And after a few years of work as customs officer, they can move to SF and work for the tech startups

but does not affect GC process or other H1B process.

Right, not yet. That may be the next step is my point. Remember Bannon said last summer there are too many Asians in SV.

I’ve said it many times, many people here don’t protest, until the chit hits their fan.

And, I said it before, some people here are happy to live in this “liberal” camp. Once they move out of here, they will change their chant. Washington state Sikh man shot by gunman who told him to leave U.S.

A 39-year-old Sikh man was working on his car in Kent, Washington, when he was shot Friday night and the gunman is still at large, police said.

And, I said it before, some people here are happy to live in this “liberal” camp.

I don’t want to go over all the arguments again. People having made up their mind will resist change even more if you point out the flaws in their thinking.

Henry Rousso was due to take part in a discussion “Writing in dark times” at Texas A&M University when he was stopped last week.
He says it was the first time in 30 years of traveling to the US that he experienced any problems on entry.
Ruosso says an immigration officer told him he wasn’t “allowed to give a lecture and receive an honorarium” with his tourist visa. The US State Department allows foreign nationals to receive an honorarium under a tourist visa if they are a lecturer or a speaker and under certain guidelines, all of which Rousso met. 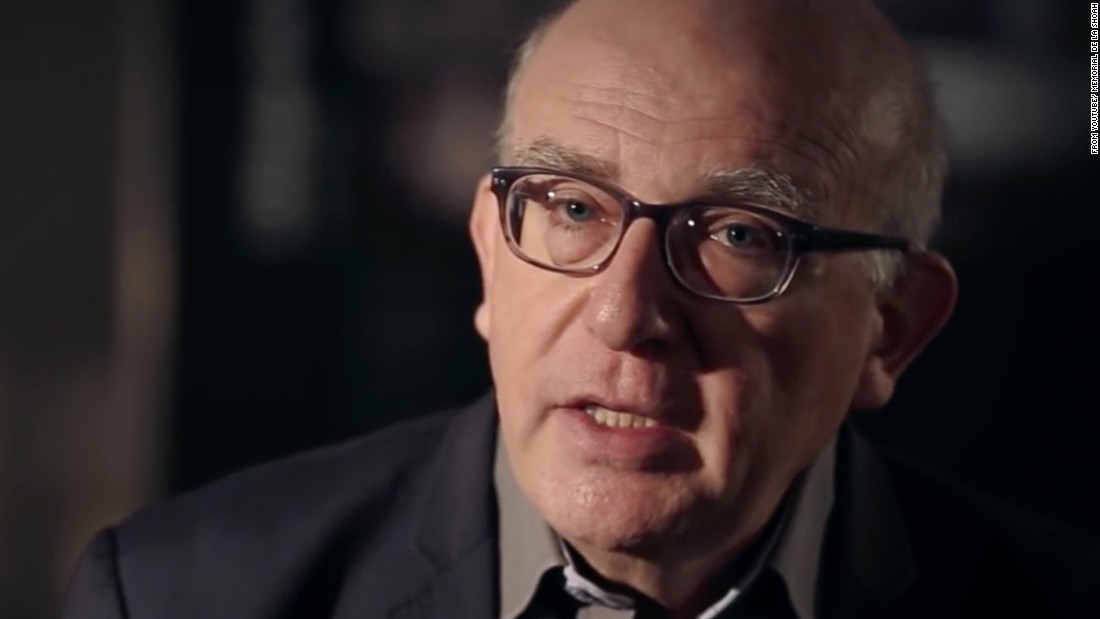 French Holocaust historian detained for 10 hours at US customs

Apparently what happened to the Nigerian guy is not a one-off. Here is another story of an Australian being quizzed on his software chops at the border:

Australian software engineer got asked algorithm question when entering US

The whole world knows that security and background checks get tighten for people to enter US since Donald Trump took office. But have you ever heard about getting algorithm question asked during the i

David told the officer that he is a software engineer. And the officer asked if he knew Python code, and David said yes. Thereafter a follow up question was asked.

“‘I’ve got a problem, I’m trying to write a computer program, can you help me?’”

David was shocked and didn’t know how to respond. The officer then passed him paper and pen and started to read question on the computer, it was just like a real quiz. David felt he was played but he had no choice but answering the question since he was eager to enter the country. The question was not as difficult as those asked by Google but definitely it was not just some dummy question.

Anyway David made through the process and entered US finally. The advice given by David is that studying up before entering United States.

That’s right folks. Study up if you want to ever come home and see your job and kids again.

Jennifer Lawrence was detained for hours upon entering England when it was determined she was there to work (do a few promotional appearances for the X-men film last year) and had less than 6 months left on her passport. A comedian who was on the Graham Norton show when she told that story stated that upon informing immigration what his profession was he was asked “Are you as funny as Seinfeld?” When he replied “No” the agent said “correct” and only then stamped his passport.
Stuff like this goes on everywhere.

You don’t see the difference between the examples you cited and the ones I listed?

What if the comedian is detained for hours and ordered to perform in front of other officers? And only if they laugh at the jokes can the comedian come in?

That’s the proper parallel to a software test.

There is no tourist visa for Americans going to England; only a passport is required. I was just there. On the US end a friend of mine was pulled out of the line and searched 4 times out of 4 coming back from Costa Rica. Why? No criminal record. Veterinarian by profession. Must have fit some profile. It happens; always has.

Very soon, Americans will need to request a visa to travel to some European cities.

Thanks to the liar Twhitler in the white house twitting at 4-5-AM when he should be resting and ready to tackle the incredible amount of issues our country is facing.

Please let Twitter know somebody needs to drop that ready to be, if not already hacked phone.