This is a cutting edge self serve restaurant that has a few locations around here. I haven’t tried it but my co-workers have. Seems to be gaining some traction, but guess what, a lawsuit by the you know who. While I get it, sometimes it just seems that the handicapped requirements are so over the top. So we are going to make this business concern completely/substantially change its business model with no humans present to somehow accommodate how many blind patrons that MIGHT come through??? Hey, just for discussion. No hate posts please… Eatsa is being sued for not making its automated self-serve kiosks accessible to...

The new restaurant chain makes it possible to order fresh-made food without ever having to interact with a human.

Come on, how often are the handicapped spaces that you see on your daily route actually being used (and by a truly handicapped person)???

Come on, how often are the handicapped spaces that you see on your daily route actually being used (and by a truly handicapped person)???

I help in an almost daily basis at the parking lot in my daughter’s school. The handicapped spaces (2) are used. One by one of the staff, and the other is there. I know people who come with the blue handicapped label on their license plates or hanging from the front mirror but most of the times an idiot has parked there.

Now, yes, I can see that the handicapped person most of the times doesn’t show any handicap issue at all. Why do they get that privilege then? Maybe they get tired of walking long distances? I don’t know, but I would say there are strange situations out there, this is one.

Eatsa, for example, uses iPads for its in-store kiosks, according to its website. And Apple has for years included screen-reading accessibility technology — which can dictate on-screen items to blind people — in its iOS devices, and has made those tools available to developers.

But “Eatsa has configured its systems so that the [screen reader capability] is not usable on the iPad,” said Rebecca Serbin, an attorney with Disability Rights Advocates, the nonprofit representing the plaintiffs in the class action lawsuit. “So the technology to make Eatsa accessible exists, but Eatsa just didn’t care enough to include that in their design.”

I think Eatsa just has a bad user interface. They haven’t factored in accessibility. As the article points out, Apple has that stuff built in for years. To the point that a blind person can take pictures with their iPhones. Truly mind-boggling stuff. But if Eatsa’s menu is all images or images disguised as texts because it’s prettier that way then it’s Eatsa’s fault. No sympathy from me.

I went to see my doctor, everything fine, I am just going to die he said. I believed him.

But, when I went to pick up the prescription at the pharmacy, I saw the clerks kind of assimilating to the metal things behind them. They got some automated machines to dispense the prescriptions. I saw more than one smirk on their faces when I told them that sooner or later they would be replaced.

I saw more than one smirk on their faces when I told them that sooner or later they would be replaced.

George McGovern On Why Politicians Who Haven't Built A Business Are Bad At...

With the passing of former Senator and Presidential candidate George McGovern this weekend, the Wall Street Journal reran a 1992 column he wrote about how much he learned from trying to start a business after he'd left politics. TheMoneyIllusion... 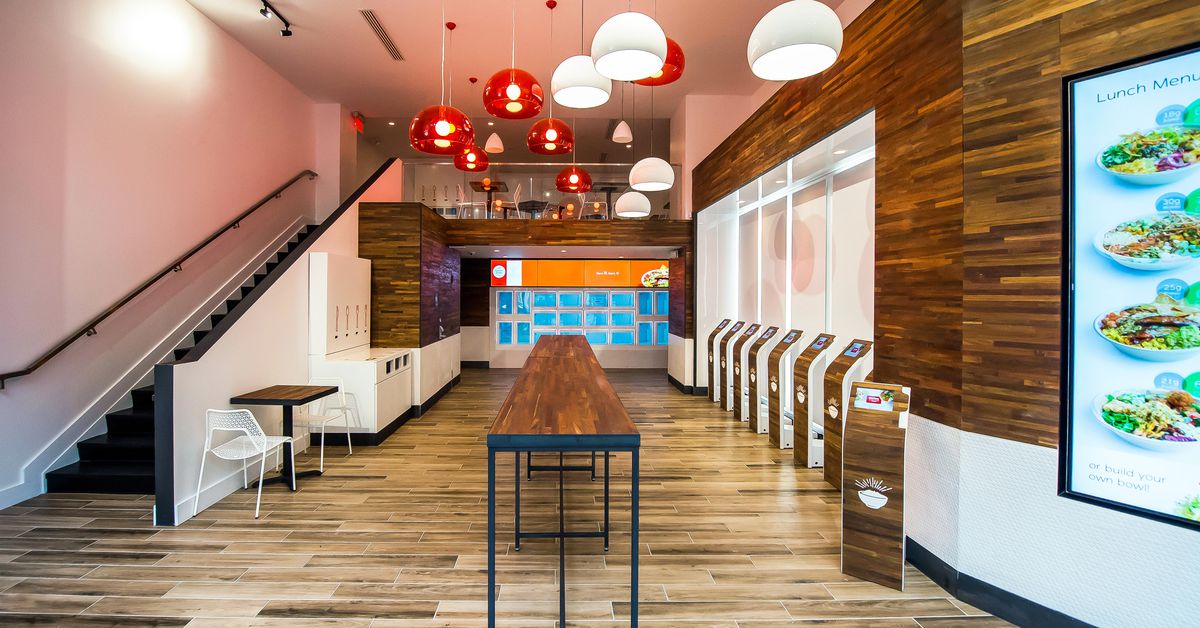 The West Coast chain is no more