Biden stepped into it again

I think loans need to be restricted to only Stem degrees and should have public service requirements. Too many degrees that aren’t useful in todays economy

There are a lot of mixed emotions across the United States today. On one hand, people with federal student loans (making less than $125,000 per year) will now have $10,000 of their student loans forgiven. For those who are also below that income amount and received a Pell Grant in college, they will have $20,000 of their loans forgiven. AWESOME!! We’re celebrating with you!

On the other hand, there are people who worked hard to pay their (or their children’s) way through school or have already paid their loans off, and they are NOT happy. They have every right to be angry. We’re pretty pissed off for you too.

This all comes with a price tag of 300 BILLION dollars. Who pays that bill? The taxpayers. This is not free money. It will come at a price.

If this crisis is so horrible (it is) that they are actually forgiving $10,000 worth of loans, then why aren’t they going to stop MAKING student loans? It makes no sense, and this problem will just continue to hurt Americans.

For those of you who still have tens or hundreds of thousands worth of student loan debt left to pay, we are STILL with you, and you still have the ability to fight your way out of this mess. Don’t forget, no matter what impact today’s news has on you personally, you are in charge of YOUR life, and your future success is thanks to YOUR hard work and sacrifice. Do not give up! We’ll be here cheering you on every step of the way.

I think loans need to be restricted to only Stem degrees and should have public service requirements.

Hey, hey, hey, don’t be telling me that my Masters in Basket Weaving wouldn’t serve society in a major way!!!

Isn’t there a way to draft folks who are indebted into some well-run (cough cough) government program?
Doesn’t have to be as rigorous as a military draft but something else like low level grunt work/paper work to support new infra building initiatives. At least this way they’ll be getting paid to help the country and/or get their debts erased.
This country built terrific road infra in the 60s and and now we are on this slippery socialism slope where no one wants to do real work.

Worst than that, youth today are incapable to do hard physical work or to be fit soldiers. The Yankee ethic work is now considered racist. We have all become welfare recipients. The damnatiton of urban society… 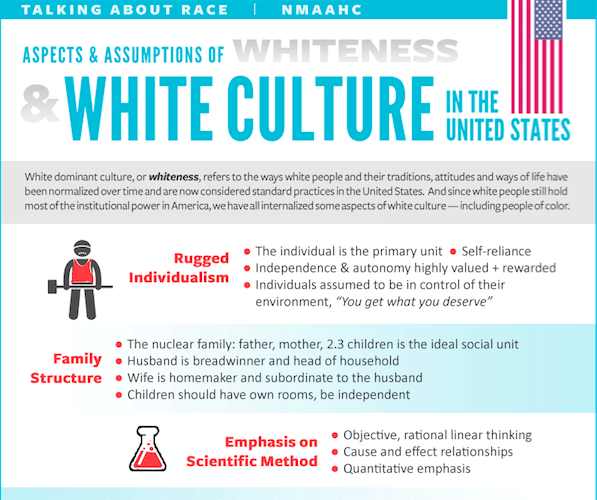 A graphic displayed in the guidelines, entitled "Aspects and Assumptions of Whiteness in the United States," declares that rational thinking and hard work, among others, are white values.

Up to 75 Percent of US Youth Ineligible for Military Service

About 75 percent of US 17- to 24-year-olds are ineligible for the military due to lack of education, obesity, physical problems or criminal history.