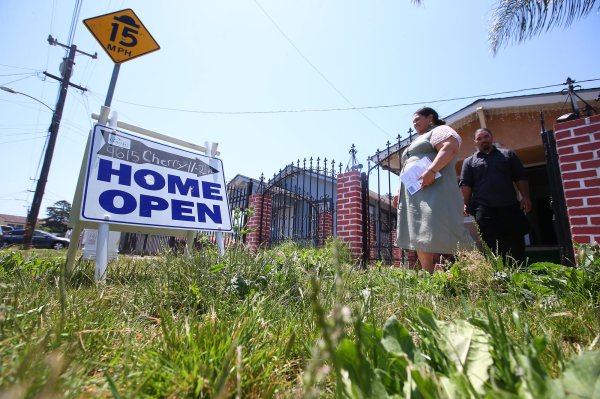 Sales of single-family homes in August crept up ever so slightly from the year before as many buyers took a wait-and-see attitude, challenging sellers to negotiate — something unheard of in t…

Or in Fremont, where his client Erin Suth — unwilling to go along with $1,300 in monthly rent for her 480-square-foot apartment in Castro Valley — found an old cottage house on a spacious lot. Built in 1924, it was completely renovated: new plumbing, new granite counters in the kitchen, a flagstone front porch. It listed for $430,000.

So now if a non-techie buys a house it’s news?

The “news” is that houses get price reductions and even then sell below asking; the article gave an example in Cupertino. (Perma bulls may point to the defect in form of a noisy street. )

No surprise on the timing. It happened and was rumored in this forum (or the predecessor) 6 months ago… Mercury News and similar outlets are 6 to 9 months behind.

The house that non-techie bought was listed for 430 and she paid 450. The low end is still chugging along it seems. But the other examples in the article, the Cupertino townhouse was slightly above 1M and the Palo Alto Eichler was over 2M, were sold below asking.

I have been thinking about the reason why we are seeing slowdown. By all measures inventory is still tight, and people have money. Is it because price is going up too fast? So it’s not the level but the rate of change?

Trump will decide the fate of bay area RE

Are comps going down? Under asking might just mean that people are asking too much.

In my neighborhood there are a lot of crappy houses put on market asking too much with no renovations. Makes my comps look bad but they really aren’t comparable. The only one that hasn’t sold yet has an empty pool. Just fill it in, damn

An empty pool can be marketed as a skateboard park…lol

Peak in May, consistent with the OP’s article.

Yeah, I thought we’d have a slow year with everyone waiting until after elections.

My old searches are still active on Redfin. I get daily updates. I’ve noted for the last several months that there are price drops and back on market notices daily in Antioch.

My wife’s very successful RE boss has had numerous deals fall apart this year in Benicia and Vallejo. Usually because the buyers are overly optimistic about what they can afford and what they can borrow. Prices remain up in both markets. In the past few years, this never happened to him.

Definitely having problems in Stockton with appraisers and buyers qualifications. …But buyers want to pay over asking…still low inventory. …

The buyers market is finally here after more than 2 years of yearning its arrival. 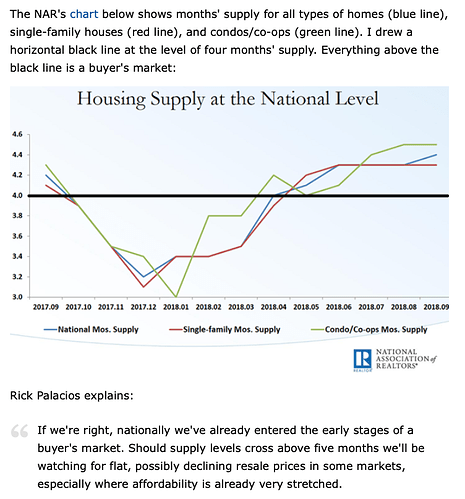 But whatever there is, there is no shortage of supply, though there is, after years of rampant home-price inflation, a shortage of affordable supply. But that mismatch can be fixed by a drawn-out housing downturn.

Mortgage rates are around the lowest in three years, but buyers are suddenly much more cautious about purchasing a home. Competition is cooling, and consequently sellers can no longer command any price.