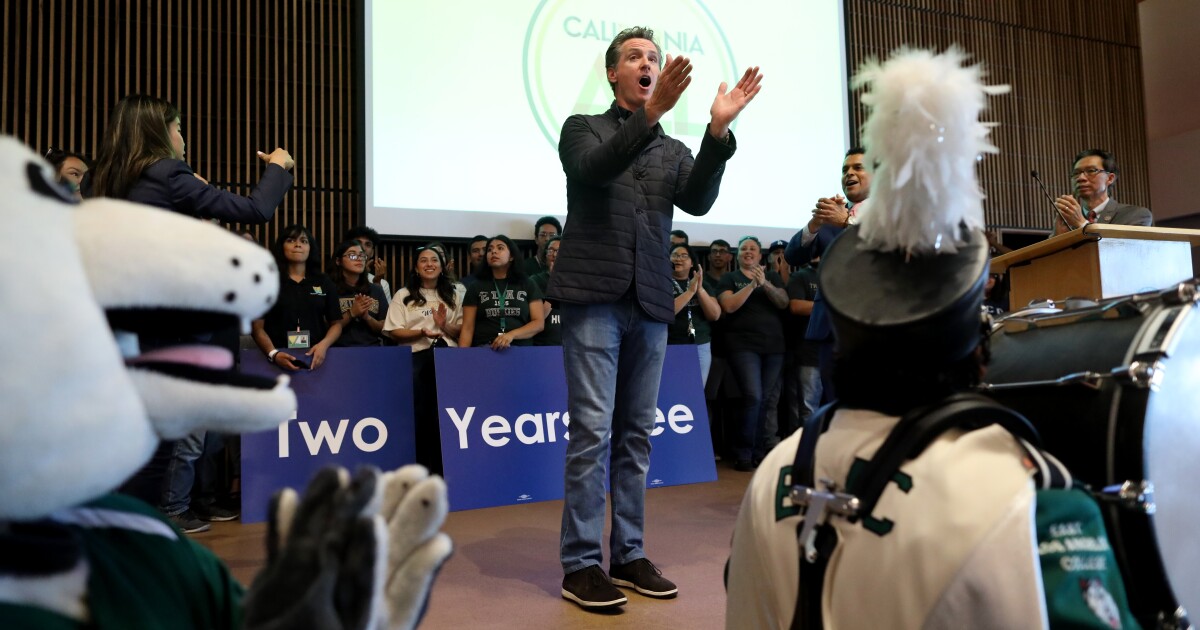 The deal, which needs the approval of the Legislature in the next two weeks, would cap rent increases statewide at 5% plus inflation per year for the next decade, according to Newsom’s office. The legislation, Assembly Bill 1482, would also include a provision to prevent some evictions without landlords first providing a reason.

The proposed rent caps, which have yet to be incorporated into the bill, would not apply to properties built in the last 15 years, nor would they apply to single-family home rentals unless they were owned by large corporations.

Yet another proof why it’s important to NOT change your SFH into an MFH by adding an ADU.

California Gov. Gavin Newsom reached a deal with apartment owners and developers Friday on legislation that would cap how rapidly rents can rise as the state grapples with a housing crisis.

“The California Apartment Association said it will not oppose the bill.l

Prop 10 was defeated. The will of the people is being ignored. The administration of rent control statewide will be a bureaucratic nightmare. Landlords and tenants will be at war. Lawyers will have a field day.
AB 1482 is horrific

Realtors are fighting and they will continue to fight for good housing policy.

“Prior to Friday’s announcement, the California Assn. of Realtors, which holds significant sway at the Capitol, had agreed not to oppose a weaker version of the legislation that would have capped rents at a higher percentage for a shorter time. The new bill in many ways reverts to an earlier version fiercely opposed by the Realtor group. The organization said after the deal was announced that it would lobby lawmakers to vote against the bill.”

Prop 10 was defeated. The will of the people is being ignored. The administration of rent control statewide will be a bureaucratic nightmare. Landlords and tenants will be at war. Lawyers will have a field day.
AB 1482 is horrific

Vote down any rent or rent control proposals. The bylaws may be horrible. Everything works against landlord.

One law suit experience made me realize the perils of landlord ship. In addition, any kind rent control applies is harmful (directly inflicting pain).

Whoever has not faced a lawsuit, think of this. Every email or call to lawyer may cost you $50 minimum, every hour of lawyer cost ranging from $250 (lowest in bay area) to $500 (average). Real court challenge until verdict may easily take 2 years no matter how simple case is !

How can they pass this since it contradicts existing law which was a ballot measure?

One law suit experience made me realize the perils of landlord ship.

Saw the devil once, afraid of darkness. Is why I focus on class A neighborhoods.

Stocks also have its own perils. Invest in index fund!

Rent control is bad, just cause eviction is even worse. It’ll create many unnecessary lawsuits and make the tenant/landlord enemies. Small landlord will retreat and there will be no rentals available. Maybe they will force people to become landlord by charging a tax for empty houses

Using a 1994 law change, we exploit quasi-experimental variation in the assignment of rent control in San Francisco to study its impacts on tenants and landlords. Leveraging new data tracking individuals’ migration, we find rent control limits renters’ mobility by 20 percent and lowers displacement from San Francisco. Landlords treated by rent control reduce rental housing supplies by 15 percent by selling to owner-occupants and redeveloping buildings. Thus, while rent control prevents displacement of incumbent renters in the short run, the lost rental housing supply likely drove up market rents in the long run, ultimately undermining the goals of the law.

This is exactly what I’ll do if my properties fell into rent control. I will just sell and get the hell out.

It’s not only rent increase is limited. The more problematic is they will make the eviction very hard. This will drive away the mom and pop investors and reduce the rental supply tremendously

Did they say vacancy control is in the bill? That you can’t raise rent to market even after tenants move out?

Time to move assets to Austin.

Just cause eviction is even worse.

Wrong ! You do not know the importance !! Good Luck. I can not explain more.

Examples of just cause include failing to pay rent, causing a nuisance, and “criminal activity by the tenant on the premises.”

One law suit experience made me realize the perils of landlord ship.

Is why I focus on class A neighborhoods.==> It does not help, it can happen there too. As long as you are wealthy landlord, no matter which class/city home you have, you can face the same challenge.

Stocks also have its own perils. Invest in index fund!

Yes, stocks are wild, I understand, but well within my limit. Index fund, esp SPY or VOO, best for common people. This is easier than real estate.

Time to move to Austin.

No need to move there to buy Austin rentals

@Jil In addition to class A, near elementary and try to rent to families with kids going there. IMHO, parents are more reasonable and responsible than singles and DINKs.

Austin or Inland Empire, California. Lots of interesting markets are breaking out on the charts. Considering the possibility of inflation I like to invest in land. Inland Empire real estate market is booming at the moment. Inflation measures show low inflation but tell that to renter nation or people who pay for health insurance. Used to be able to take a trolley downtown, buy a cinema ticket and candy bar plus return trolley fare for two bits, twenty five cents. Same adventure would cost at least ten bucks these days. Translation: Dollar purchasing power is greatly eroded but land in fast-growing areas of California is a great hedge. Earlier I posted that Victor Valley is not doing much but I see the prices are breaking out there now and sales are stable.

What about riverside? Lots of student rentals there?

@Jil In addition to class A, near elementary and try to rent to families with kids going there. IMHO, parents are more reasonable and responsible than singles and DINKs.

Your assumption that my home is not in Class A is wrong. The neighborhood is well regarded desirable place with homes ranging minimum $1.5M to $8M. The elementary school is best in that location (5th in San Jose or 89% above the entire California elementary schools) .

It is not about reasonable and responsible people, but it is about greediness of a predatory real estate crooked lawyer who is the main proxy fighter.

The one and only escape route is “Just cause” eviction. Otherwise, it would have lead me bankruptcy easily or I would have lost my entire home.

We did the best to come out of it. Even though, he charged high fees, My lawyer did his best to get out of the mess.

Do not ask me, do not assume and suggest. I can not talk anything about my case.

For example (not really intend to do, this is just example): If I connect one of your tenants to the crooked lawyer, you will be like me in one year, hating entire real estate for life ! All that lawyer needs to know is your name, address and wealth (if you are rich, he knows how to extract money from you)…No matter which class A neighborhood you have rental, no matter how responsible your tenants are.

Saw the devil once, afraid of darkness. Is why I focus on class A neighborhoods.

Like @Jil , I too don’t believe that “class A” neighborhoods are less likely to get you a tenant who will sue you for something.

I understand that you have had a bad experience in a “not-class-A” rental and now you focus on class-A.

25-30 years ago in Germany, people told me “don’t do business with attorneys and teachers”. In Germany, both are perceived to be dangerous, as they believe they are smarter than the average person. So, people will be hesitant to sell a car or rent a home to an attorney or to a teacher.
Here in the US, I don’t think teachers have that reputation. It may have to do with their low pay here. Back in Germany, teachers earned only about 10-15% less than a software engineer.

Anyway, if you’re long enough in business, especially in real estate business where large monies are involved, it’s just a matter of time WHEN you will be sued, not IF you will be sued.

Just like getting tickets is part of the deal when you buy a sports car. Accept it and consider it a badge of honor.