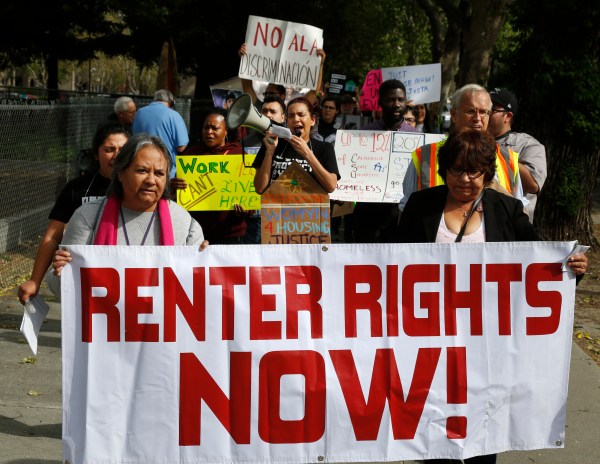 The City Council backed the sweeping new requirements on a split 6-5 vote after four hours of emotional testimony from anxious renters and frustrated landlords.

Sad to see, but totally not surprising considering the size of San Jose and the fair number of lower/middle income renters there.

It applies only to rent controlled units, right?

They have a lot going on there. Proposal to include duplexes, for example

What exactly is approved?

JCE applies to all rental units ( 97,901 units) in San Jose, not just rent controlled units. see the link below.
http://sanjose.granicus.com/MetaViewer.php?meta_id=629065

Correct @fastisslow… here is another article on the subject

The new rules are set to protect nearly every renter in the city of San Jose, even those not residing in rent controlled units. In all, it would affect about 97,900 units, or 450,000 renters, throughout the city.

The Council also approved Ellis Act protections, which means that landlords of rent-controlled apartments must provide at least 120 days of notice before they can redevelop their buildings and must provide displaced tenants money to relocate.

I still don’t get how this “protects” tenants. If I’m not under rent control, when their current lease expires I can offer them a renewal at twice the rent. No sane person would sign that lease, so they’d choose to vacate at the end of their lease.

Come on, once you’ve dated the prom queen (SFHs) why would you go back to the plain janes (condos)???

8 new jobs per 1 housing unit built 2011 to 2016. Even if you assume everyone is dual income household, that’s far too few housing units compared to jobs.

I bet you 10 chicken wings Bill’s duplex is under rent control.

I’m not under rent control, when their current lease expires I can offer them a renewal at twice the rent. No sane person would sign that lease, so they’d choose to vacate at the end of their lease.

That loophole will be closed soon, when SFR are under rent control…

No doubt, way more rules in store for San Ho… Running out of places to hide, @manch…

For SFH’s and newer buildings we still have the protection of the state law. But that wall is also showing cracks.

Right now none of my properties is under rent control. If any of them fell under I’d seriously think about selling. There are plenty of investment opportunities out there why deal with crap.

By the way, I did open a topic here inviting all the landlords to attend that meeting and I didn’t see any movement. You get what you deserve, and that is thanks to your inaction, right?

I used to participate in immigration marches even though I was kind of saved by the bell, but I did it to support the cause of others like me or those who are or went through the same thing.

I mentioned that exact thread of yours on a subsequent related topic and told @manch who has a vested interest to voice his opinion at the meeting. The final score was tight, 6-5. Maybe a few more owners might have swayed them. Who knows.