BREAKING: No word when evacuation order for 188,000 will be lifted as Oroville...

Running blog with latest developments on the threat of a spillway collapse at Oroville Dam. About 160,000 residents have been evacuated from a wide swath of Northern California.

Some of the highest taxes in the nation…and some of the most poorly maintained infrastructure in the nation.
I was around for 1982, 1997/98, and 2004. We got a little wetter than usual this year, that’s all…

If the collapse happens, which city and how many people will be flooded?

It’s a pretty large area on the map. Population isn’t as dense there but still a lot. 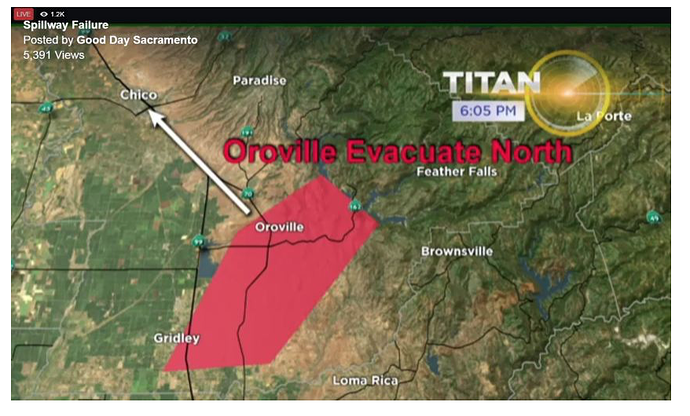 Our country missed a huge opportunity by not focusing on rebuilding infrastructure during the 2008 recession. Instead we relied on monetary stimulus and only those with money in the stock market benefited.

There’s a jail in the flood zone that they are evacuating. 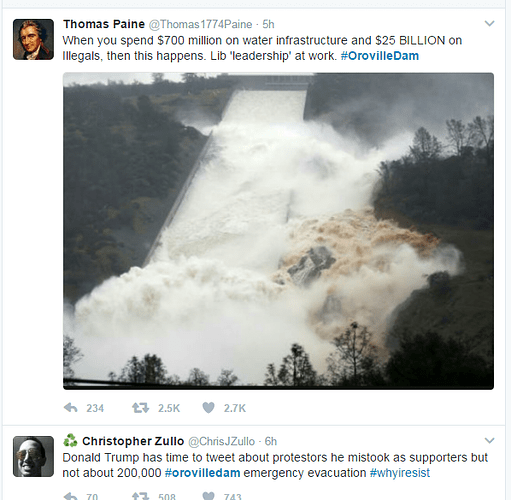 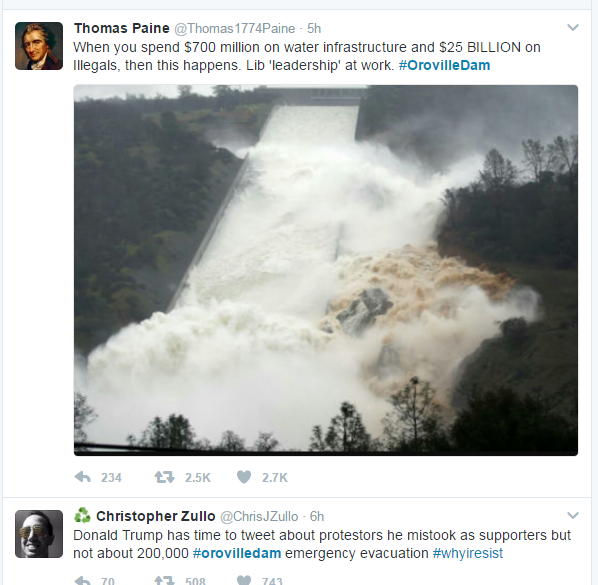 Darn liberals with their environmental policies…

Wait! They won’t be able to say anything anymore! The EPA will ge gone.
Without concerned liberals about environment, expect more things like that to happen.

They have evacuated all the residents, so people will be safe. That’s good.

However, what if the levee broke during the later storm? How many homes will be flooded? If it takes a long time for the levee to be rebuilt, how many home would be under water for a long time and be totalled forever?

This could become a huge property loss. Hope everyone will be safe.

Where’s the so-called president in an emergency? Tornadoes? No president to help, California and the damage to the state by the storms? No president available, Twitter is more important than his own people being evacuated.

These are the example of citizens that I love. The loving your brother type of immigrant. The other crapola needs to be quiet. 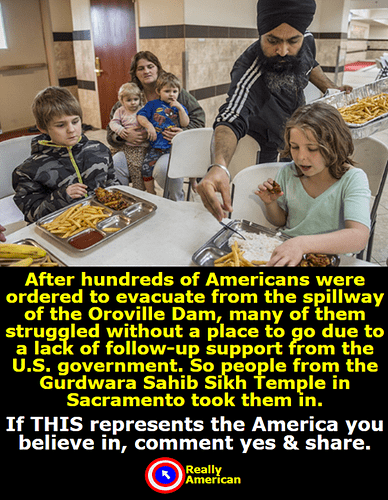 California and multiple did say they don’t need the federal government’s money.