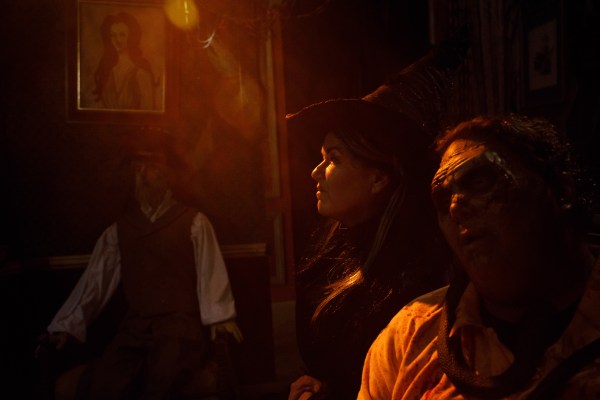 Santa Clara police estimated that about 100 youth were perpetrating the mayhem, which broke out about 10:30 p.m. Saturday at the Great America Haunt.

You don’t do that if tourists have guns. Robbing someone for some cash isn’t worth getting shot.

I don’t want to bring a gun to amusement park. Actually you are not allowed.

How did the 100 criminals get into the park with weapons?

I don’t want to bring a gun to amusement park. Actually you are not allowed.

How did the 100 criminals get into the park with weapons?

Law and rule abiding citizens make easy targets for criminals who don’t follow rules or laws. Criminals aren’t dumb. They aren’t going to go rob people that are likely to be armed. Criminals fear armed victims more than they fear the police. Disarm the people are you remove the #1 thing criminal fear. That’s why crime increases when you ban legal gun ownership.

How did the tasers get through security in the first place? I don’t know how it is at Great America now since the last time I went was over a decade ago, but at Disneyland/Disney World/Universal Studios they should not have been able to pass through.

Califnornia has released too many criminals into our community. This mistake needs to be reversed.

Criminals are good at finding ways to commit crime. Prison is a good defense