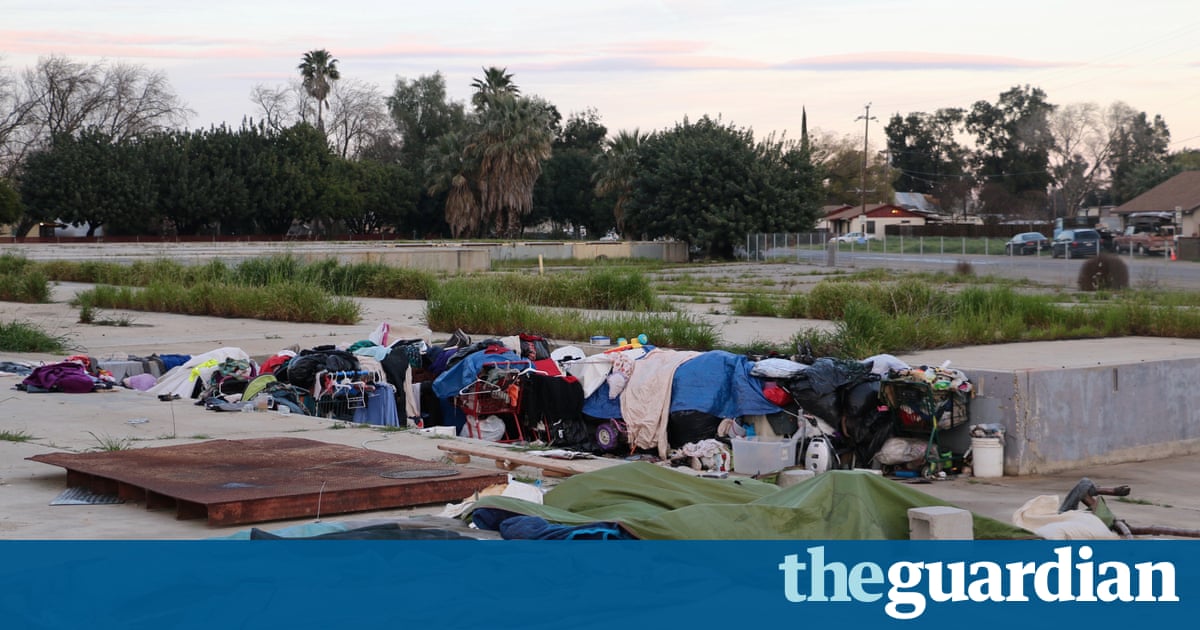 'It's a perfect storm': homeless spike in rural California linked to Silicon...

California’s Central Valley is best known for supplying nearly 25% of the country’s food, including 40% of the fruit and nuts consumed each year. Yet today, backcountry places such as Patterson, population 22,000, are experiencing an increase in homelessness that can be traced, in part, to an unlikely sounding source: Silicon Valley.

The million-dollar home prices about 85 miles west, in San Francisco and San Jose, have pushed aspiring homeowners to look inland. Patterson’s population has doubled since the 2000 census. Average monthly rents have climbed from about $900 in 2014 to nearly $1,600 in recent months, according to the apartment database Rent Jungle, compounding the hardships of the foreclosure crisis, the shuttering of several local agricultural businesses and surging substance abuse rates.

" When he was forced to retire as a funeral director, his fixed income left few market-rate options, while about 10,000 people in the county are already waiting for housing vouchers to help subsidize rent."
This I just never understand.
You’re retired. You can live anywhere. So move to where it’s cheaper.

Dont forget that some people have flash and blood social networks that they may want to stay near. its not that easy to move around when your at the age of retirement.

Probably too late, but shouldn’t Cali’s agriculture industry be booming this and next year due to the rain and 100% water allocations to the Central Valley farmers?

No wonder the Sunset is going bonkers! A bit of suburbia (SFH with some grass, if lucky) yet within the fun of the city confines. Makes sense to me… The Suburbs: The New Face of Bay Area Homelessness

William Ware sits in a large empty field along the Sacramento-San Joaquin Delta, shaving his face using a broken mirror. He found himself here after a waterskiing accident in 2009 led to painkiller ad

Put the lame where it belongs…On the Sf board of Stupes, nimbyies, anti-growth environazies…And the City of Sacramento. .Rumour is they sent their homeless to South Lake Tahoe, where they often freeze to death, and cause fires in homeless camps in the summer…

Uh, you’re kidding right? When did the Fab 7x7’s Bored of Stupidvisors become capable leaders and actually did some good for the taxpaying citizens of our fair city???

(Again, cue the crickets soundbite…thank you)

The bd of Stupes should be forced to live with their homeless supporters. .If the stupes passed all the socialist agenda every one SF would be homeless. .cumbya for those commies…

There is a pretty big homeless camp in Stockton under the Hwy 5 overpass. Some people can’t afford even Stockton.