How important to get Finance aligned for real estate purchase

I have invited ex-redfin member use this forum. Many of you know he is one of the best in complex loan situation.

Sterling bank has stated income loans. But LTV is only 65%.

These two are with DTI 40% is very safe for lender. Even during 2008-11 down period, the price of the home went down max 40%. This wipes off borrower down payment fully when they go for short sale or foreclosure.

It is just they lend anyone, stated income loan, based on the equity on the home. Above all, lender risk is also reduced with low appraisal valuation and additional last minute down payment.

When financial disaster happens, esp with huge economy, it is difficult to exactly pinpoint whose fault it is as everyone shares a pie of the big piece !

See 2010 stock flash crash. It happened at the span of 36 minutes, Trillions wiped, but took 5 years to arrest someone. He is not the only culprit, but plenty of High Frequency Trading system played a major part and trickled down to everyone !

The May 6, 2010, Flash Crash also known as the Crash of 2:45, the 2010 Flash Crash or simply the Flash Crash, was a United States trillion-dollar stock market crash, which started at 2:32 p.m. EDT and lasted for approximately 36 minutes.:1 Stock indexes, such as the S&P 500, Dow Jones Industrial Average and Nasdaq Composite, collapsed and rebounded very rapidly. The Dow Jones Industrial Average had its biggest intraday point drop (from the opening) up to that point, plunging 998 According to a De...

The bad actors were all in Irvine and other Orange county towns…They got away with murder… Countrywide and the rest of them…all got off scot free.

Mea Culpa…Countrywide was in Calabasas, also known for the Kardashians. .Sorry but I don’t trust anyone from Socal…
LA/ orange county…all the same to me…20m people with no moral compass… .It is all about image down there…An image permanently tarnished by subprime. .

This guy was the poster child for Socal sleaze 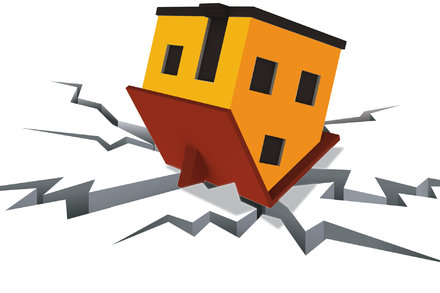 The government has closed the books on its inquiry into Angelo Mozilo, the former leader of Countrywide, but the company’s deeds have had long-lasting impact.

Typical Socal lender…
There are a lot of these people in my part of Orange County, California. The subprime mortgage industry, as it feeds off the desperation of strapped hicks all over the country, has created a lot of high-wage jobs for business school graduates with connections. For some reason a particular kind of person flourishes in this environment. The men are simultaneously degenerate and athletic, and spend money with abandon. The women are simultaneously degenerate and athletic, and are sexually available without much trouble…

As long as interest rates are low and the nation’s struggling classes are refinancing their mortgages for extra cash, this predatory class of surfer bankers can pull in very good money, as much as $30,000 to $60,000 a month in some cases…

And inevitably, interest rates will rise again, the money will move, and the easy money will leave the subprime mortgage business. A lot of those $30,000 a month jobs for well-connected partiers will vanish, as will the leased supercars and the beach houses….

Sf Bay was the number one area in the State till 1950…Socal took off due to cheap easy credit, cheap gas and airconditioning…My dad lived in Beverley Hills in the summers before WW2, it was paradise…The explosive growth ruined all of Socal…The place is unlivable, now…No wonder the BA is dominated by nimbys. …The anti growth movement started in the 60s at the time when LA and environs became unlivable, choked by traffic and smog…Nobody wants the BA to become like Socal…

No wonder the BA is dominated by nimbys

Thanks. Good to know history. Frankly, I’m not totally against nimbyism. They got a point. I have been avoiding traveling during the peak hours, too many starts stops

I may say something about what I learned on the job.

Back then, in the middle of the 2000s, I witnessed the carnage. I then lived in Visalia and I didn’t have a real picture of the bloody trail these dishonest people were leaving. People earning $7/hr were getting $450K loans. Stated income folks were saying the reps from BofA and other banks. Gifts, dinners, lunch, trips to Las Vegas, you name it, you’d get them if you listen to the script. Some loan officers (?) were making a living out of the credit scores, paying $15 for each one, but charging the client $40, 10 a day, more than that.

No finance education was needed. Who cared if the individual was going to default at the end of the 5/1 ARM? Gee buyinghouse! they told me, don’t be an idiot, pocket the money! I should have listened to them because they got rich, I got one lousy but honest loan in 6 months worth $1500 in my pocket!

Oh well! I bet more than one individual must have grabbed that gun and chased one of those loan officers because they never paid attention to the fine print or the subtle voice telling them you will fail in 5 years or less.

So, I can testify, 100% of the loan officers at that time, the ones I met and worked with, were doing it with the F of fraud on their foreheads.

It is amazing how realtors are thought of as useless parasites and lenders get off scot free…Lenders caused major mayhem in 2006-2008. …Not one went to jail

It is amazing how realtors are thought of as useless parasites and lenders get off scot free…Lenders caused major mayhem in 2006-2008. …Not one went to jail

In San Jose alone, some RE brokers went to jail. Incredibly enough, they had Realtors without a license working for them. It was, pardon my honesty, a “cultural” thing. Asians and Hispanics sticking the knife on everybody. They used the straw man trick to buy and refinance a week or month later. Wash and rinse the $ bills.

In my story, I forgot to add that I heard my “partners” calling both Realtors and Appraisers “please, make sure that property is at $xxx,xxx value”. Done deal!

It was the best opportunity for anybody dishonest enough to make tons of money.

I heard my “partners” calling both Realtors and Appraisers “please, make sure that property is at $xxx,xxx value”. Done deal!

I think this is the common practice globally

In Singapore, the appraisal of a HDB flat is made by HDB, of course