How long can the boom last?

When periods of economic growth come to an end, old age is rarely to blame

Read an interesting article yesterday. It’s widely assumed stock market booms die of old ages. The record lifespan for US is the 10-year boom under Bill Clinton. The Obama boom is closing in on the 10 year mark. That prompts many to wonder if we are heading for a recession soon. Not so according to this article:

But not all expansions are as short-lived as America’s (see chart). The Netherlands holds the record: its longest, which ended in 2008, lasted nearly 26 years. Australia may surpass that early next year: its continuing expansion dates back to 1991. If expansions have a natural lifespan, it is longer than a decade. 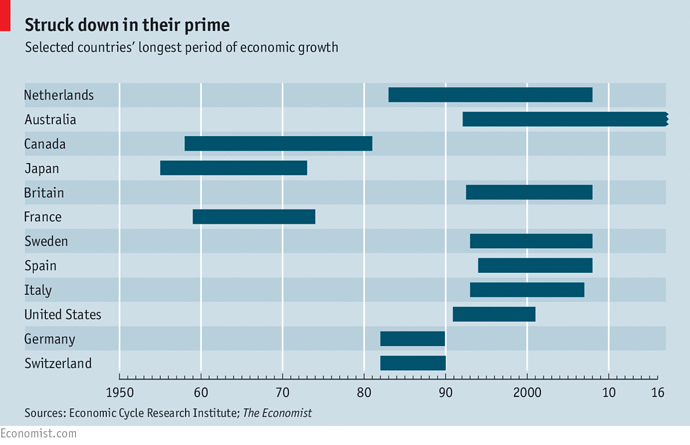 I have not been back to Australia since the late 1990s. At that time the majority of food was purchased at markets similar to farmers markets, with butchers, fish mongers and produce sellers. There were stalls for other goods. Down the street from where I lived was a green grocer, bakery and a convenience store that was really a cafe with milk, soda and basics.

The economy was fueled by small business. I’m told it still is.

Australia benefited a lot from the commodity boom fueled by China. Now that the commodities have crashed I am surprised it’s not doing too badly.

Wealth breeds wealth, no matter how hard the nimbys try to stop it…

That’s the right perception to communicate to the poor. So long the poor feels that they have something to lose, they don’t rebel.

There are no poor people in the BA…The US is so rich we have to import our poor people. We have homeowners, renters and landlords…The renter class has declared war on landlords…homeowners are caught in the crossfire, in a class war started by nimbys, which are your neighbors. …A truce is easy to effect…just allow higher density in downtowns and transportation corridors. …and alllow additions and inlaw units in established residential areas…If rents were more affordable, people in the BA wouldn’t feel poor…it is all a state of mind…

There are no poor people in the BA…

Uh, @Elt1, go into the Tenderloin of SF with your Rolex at 11pm and let’s see if you make it out alive if not surely without your left/right wrist/hand…

Greedy doesn mean poor…Thieves are rarely starving, just greedy thugs…Like I said poor is a state of mind…Lots of people on general assistance and food stamps. .most would be considered rich in the third world…subsidized housing, schooling, food, medical. .by living standards, many “poor” have a higher standard of living than lower middle class working people. … With school year seasonality and an influx of interns in play, both the labor force and number of people living in San Francisco with a job jumped like Kris Kross in July. While the jumps were to be expected, the 9,900 person increase in the labor... 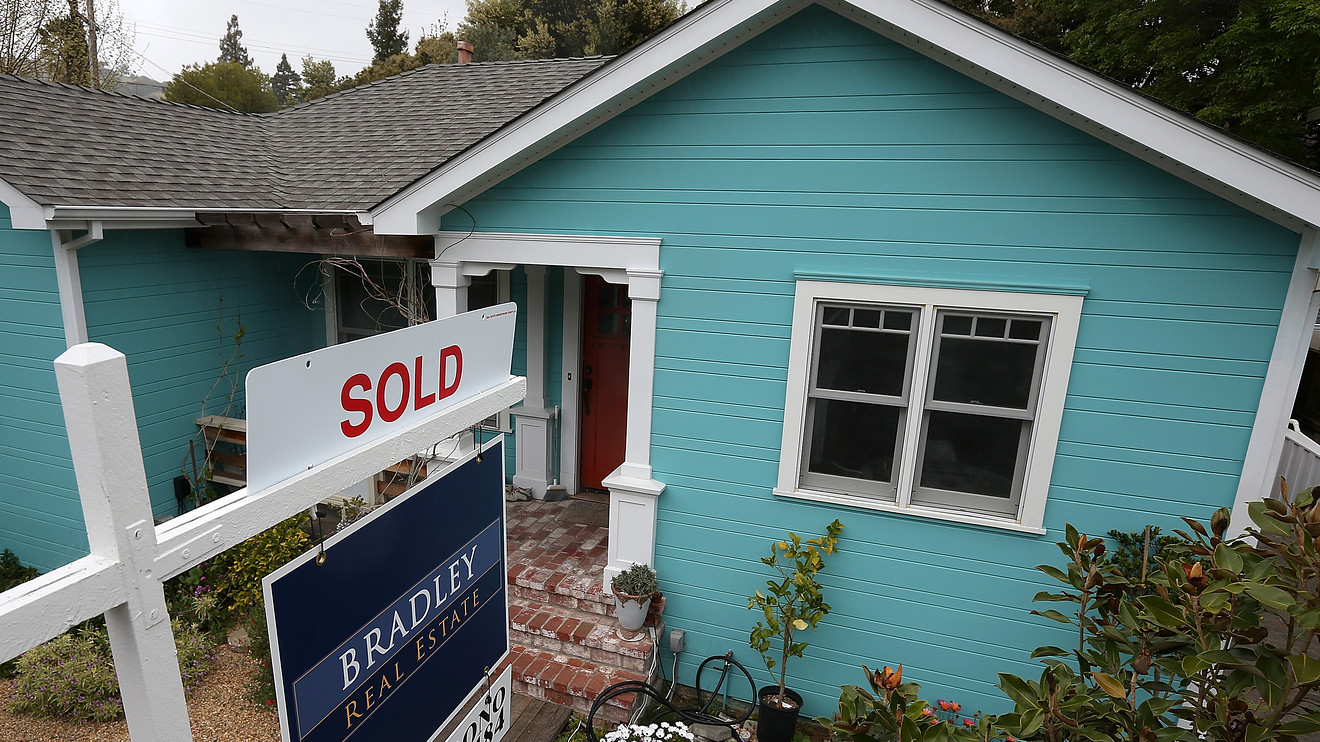 Jeff Reeves argues that despite surging prices, the housing market isn’t headed for another bubble.

Huh? You are now marketing financial instruments for RE?