In This Instance Trump Ok, Bannon No Way! 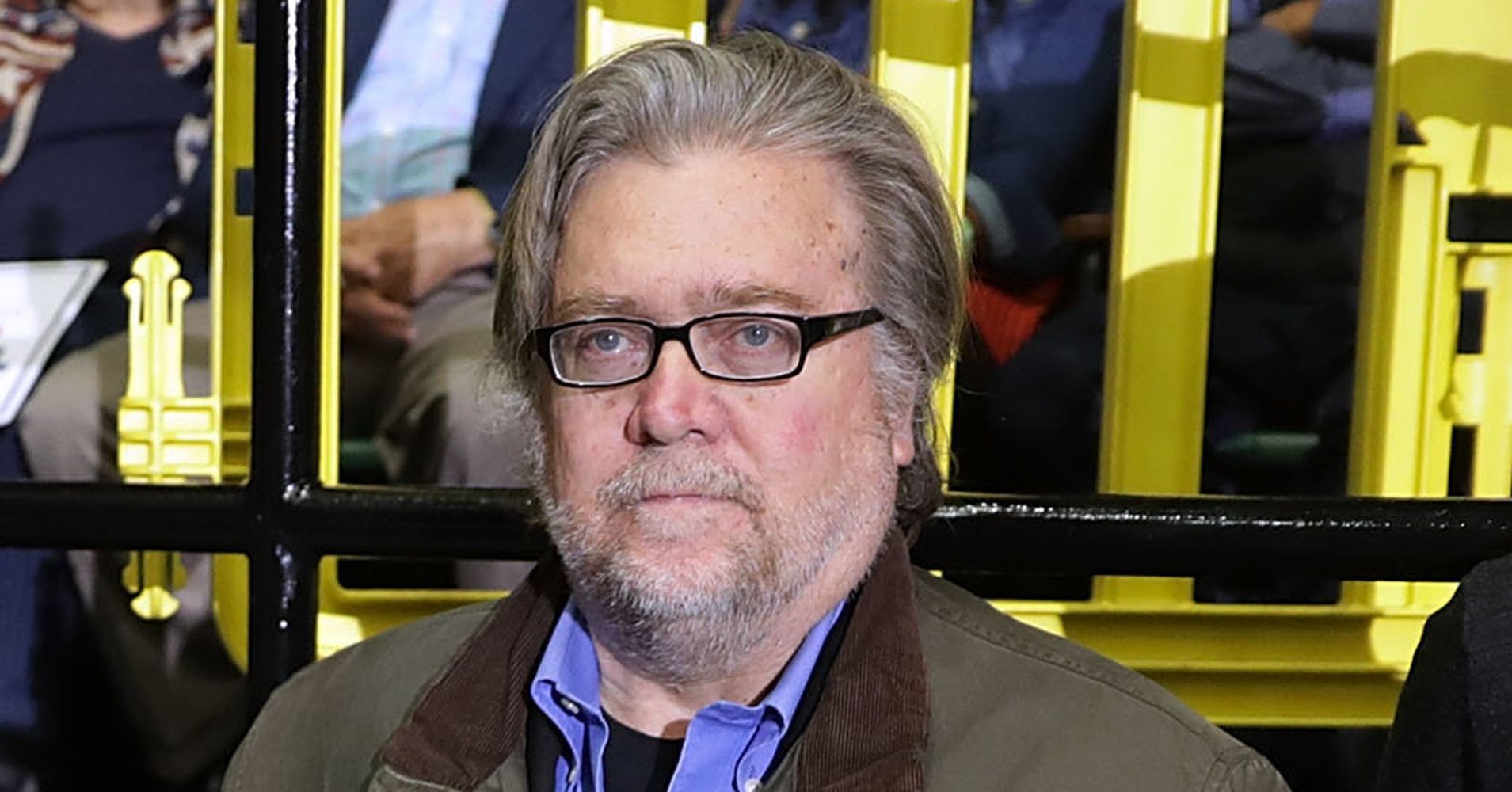 But Donald Trump says he wants them to stay because "we have to keep our talented people."

I would love to see the US push back on some of China’s anti competitive practices, govenemnt censorship, and lack of respect for intellectual property. If they want their companies to compete freely in the US, then our companies should be able to freely compete in China.

I would love to see the US push back on some of China’s anti competitive practices, govenemnt censorship, and lack of respect for intellectual property. If they want their companies to compete freely in the US, then our companies should be able to freely compete in China.

What does any of these have to do with the article? They were not discussing trade policies. They are talking about whether to allow foreigners who got advanced degrees from top schools here can stay and work here. But what did Bannon say? He said “A country is more than an economy. We’re a civic society.” So even though doing that is good for the economy, he is resisting for other reasons.

What reason can that be?

What if these people were not Asians or South Asians but white people from Europe? Would that help?

For certain, if someone wants to start a company here and make jobs for the US, they should stay. That was what Trump’s platform was about right…jobs?

For certain, if someone wants to start a company here and make jobs for the US, they should stay. That was what Trump’s platform was about right…jobs?

Unfortunately, under the current H1B system, they have to work for somebody else. And most often these are the biggest corps that can afford to wrestle with the paperwork. So the current system is anti-entrepreneur. 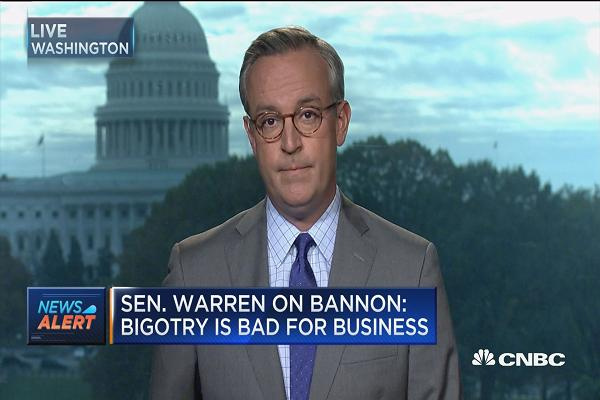 Amid signs of transition trouble, Trump huddles with Pence

Bannon’s remarks don’t differentiate people wrt civic contributions, citizenry or skills, it’s all about “us” and “them” based on appearances.

Bannon makes me sick. This administration is going to take the country backwards on civil rights and it breaks my heart.

.@GlennBeck: The alt-right is real and it is "truly terrifying"

Glenn Beck is now the reason and conscience of the right. Man, I never expect these words to come out of my mouth. So there. Good job, America.

This is sad . Trump changes his mind rather quickly but if he brings ppl like Bannon they might stick to extremist beliefs and actually act on them.

Trump has never been a racist or anti semite. But the liberal establishment is bound and determined to take him down…The most fun has been watching Elizabeth Warren and Harry Reid frothing at the mouth…Sorry but they are the left equivalent of McCarthyites…Gotcha politics has got to stop…Otherwise democracy is dead…

Trump’s son in law is Jewish , his daughter converted to Judaism before marriage, which does not necessarily imply he won’t play politics with some of his supporters.

The best part about Trump winning is all these whinning celebrities are going to emigrate…Or are they all liars…
Justice Ginsburg wants to go to New Zealand. .would be a gift to the right wing 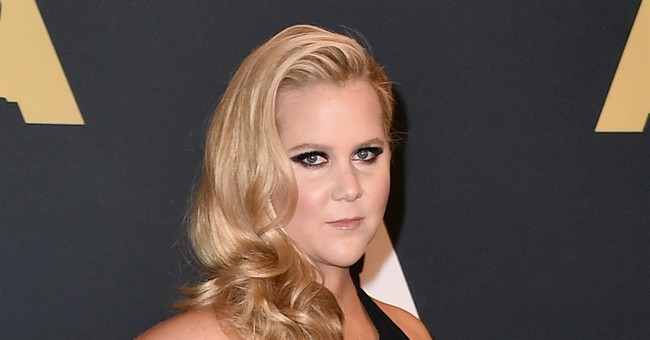 These 23 Celebrities Said They'll Leave The Country If Trump Wins

It's not just Amy Schumer.

1. Asian American Trump supporters on my timeline: You voted for Trump thinking you were safe—that his hate was aimed at Hispanics & Muslims https://t.co/doD98XV8bb

2. That you were safe behind the false armor of the model minority, safe to attack Affirmative Action and bash "illegals."

3. Safe to pretend you were just a darker shade of pale: Self-tanned like your candidate, but basically on the same team.

4. But whatever Trump thinks, Bannon is the one pouring poison in his ear. And Bannon has no use for you demiwhites in his "civil society." 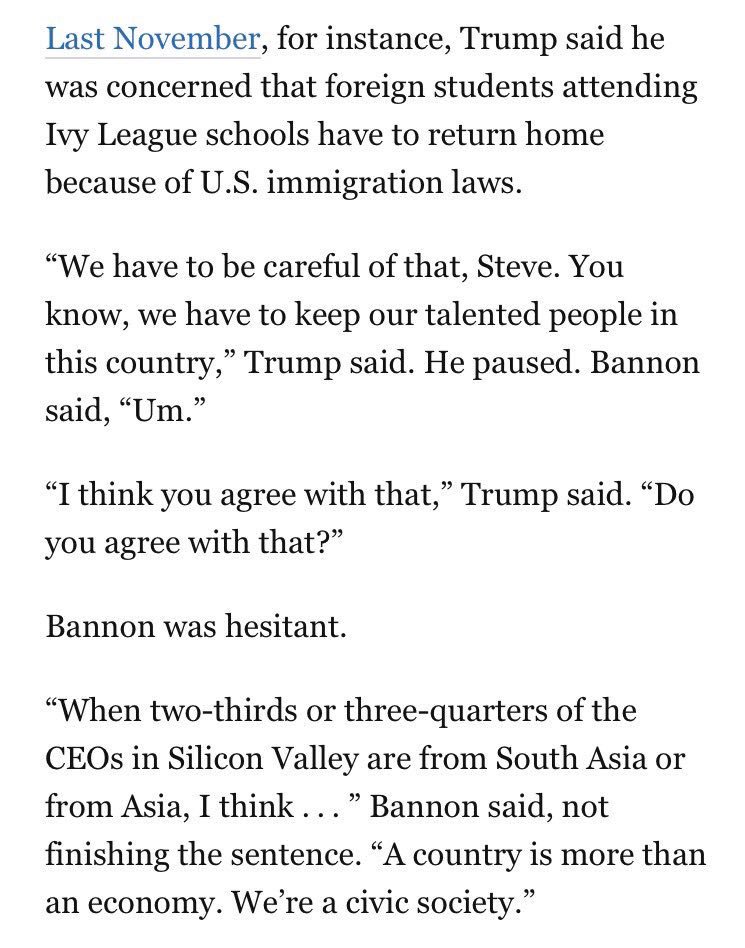 5. There you are, ready to Make America Great Again with your "Meritocracy Now" banner, AND BANNON SAID "UM."

6. This is the racist scumbag Trump made his chief advisor. You thought "It's just blacks, Hispanics & Arabs he wants out"—YOU THOUGHT WRONG

Who do some people think the only thing that mattered in an election is skin color?

Who do some people think the only thing that mattered in an election is skin color?

Safety is at the top of the “hierarchy of needs”. It’s more important than tax cuts for sure. A hidden assumption people of color made when they voted for Trump is that their safety won’t be jeopardized under Trump. This tweetstorm challenged that assumption.

When Trump asked black people what they have to lose voting for him? Many think they have their own lives and basic civil rights to lose. In a way, to be able to vote for Trump is a form of privilege. They can afford to vote for whatever they want. They will probably do OK either way.

Blacks and muslims don’t have that luxury.

Many Asians think they will be OK, that it’s the other races and “illegals” being targeted. I say don’t be so certain.

Strong language, and very NSFW. Raw but very perceptive. That was 6 years ago.

Put your headphone on.

I don’t think Asians are complacent. On the contrary Asians are fully aware of the discrimination from both Democrats and Republicans. I read the post from @dioworld earlier: discrimination never stopped. Asians who voted for Trump are clearly picking the lesser of the two evils. Discrimination from Republicans is wrong, and kids also understand it is wrong. Discrimination from the Democrats side is more disguised, however, it directly contradicts with Asian culture and value. A lot of Asians work hard and drive their kids to work hard to achieve a great deal academically, only to see their effort and achievement discounted as if these achievements are a result of privileges. Some people criticized Asians spending too much extra time on studying to “get ahead”. These people are clearly racists unless they also criticized Kobe Bryant coming to Gym at 3am to “get ahead”.

This jeff yang guy has his right to vote for anybody other than Trump. But to say the 30% of Asians voted for Trump for the purpose of discriminating against Hispanics and Muslim is totally nonsense. How does he also explain that 30% of the Hispanics voted for Trump: because they thought Trump was targeting Asians?

There’s never been a better time to watch stupid, it’s like watching an iteration of " the purge" movie.

I would love to laugh this off, dismissing it as entertainment. Look at Bannon’s comments and listen to Glenn Beck, spokesperson for conservatives, and how can you not take it seriously??? First, it’s silent discrimination, then it’s just talk but that’s OK, then maybe some unproven cases of racism, then it becomes legal discrimination, and next were talking about the possibility of sterilization of races. Don’t believe it? Or is it that you support this line of thinking?

__So let’s just follow this. Steve Bannon said in 2016, to the LA Times, “we are the platform giving voice to the alt-right.” Then they identified the two leaders of the center of thought. I want to give you some of the quotes. This is from Richard Spencer: “Our dream is a new society, an ethno state that would be the gathering point for all Europeans. It would be a new society based on very different ideals than, say, the Declaration of Independence.” Then in 2013: “Today, in the public imagination, ethnic cleansing has been associated with civil war and mass murder, understandably so. But this does not need to be the case,” end quote. He then later went on with Salon where he was talking about the government, partnering with the government for sterilization of races.

Faith in an America that values hard work and achievement just hit an all-time low in the eyes of educated people around the world.