Is Free Speech A Dinosaur?

Geez, what is up with your alma mater, @Elt1??? First, you prevent the uber right winger Milo Yianopoulos from even speaking which is unheard of and then you have this uproar. Maybe Cal has fallen… 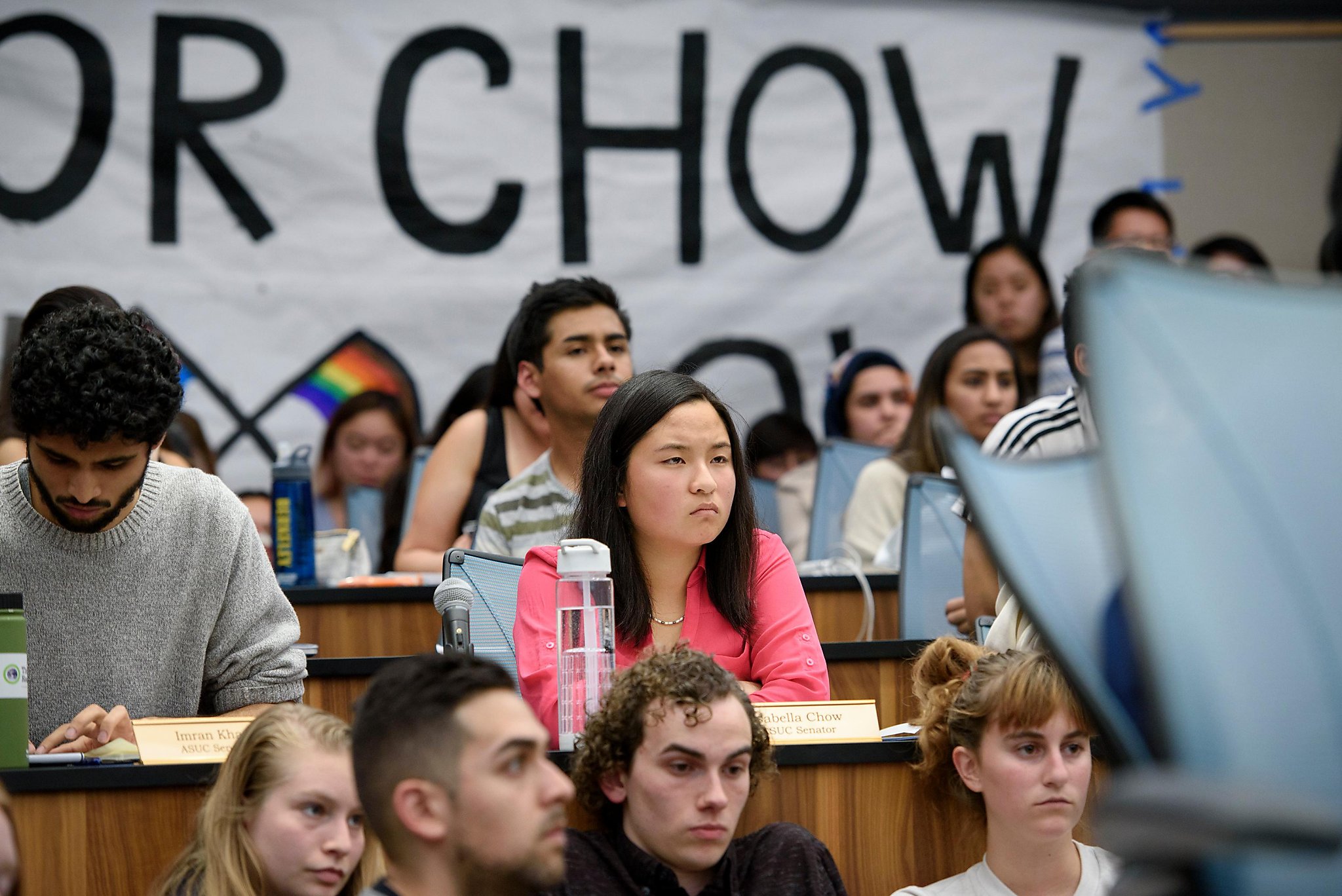 UC Berkeley campus senator abstains from a vote. Now students want her out

A student senator at UC Berkeley abstained from a vote supporting transgender rights last week, then took a moment to explain her thinking. Now, more than 1,000 people have signed a petition demanding that she resign from student government or face a...

I gave up on Berkeley 40 years ago. Lost cause.

“And the Daily Californian, UC Berkeley’s storied student newspaper, ran an editorial critical of her statements and refused to publish her written defense.”

It’s not about intellectual thought and debate. It’s about mob mentality and demanding things by force if necessary.

How did 1.4M transgender people become such a political force? They are a tiny demographic, and peoole care far less about much larger groups being wronged.

The Free speech movement was started at Cal by Mario Savio. Free speech for conservatives was ended by that selfish prick st the same time.
Unless you spout the progressives party line you are not allowed to say anything.
The progressives are anti Christian, anti white anti men anti Semitic anti Asian and full of their own brand of hate speech.

Liberals in the 19th century believed in the free exchange of ideas. Hence liberal arts education.

The Free Speech movement purged that concept for leftists. Progressive radical action. In effect war against anyone else is their mantra. Nothing will get in their way to make the rest of us believe their radical thoughts. Classic… sure, let’s allow the TENANTS to decide…

Free speech was eroded by the neonazis when McCarthy started to work his way in. Oh boy! They hated others marching on the streets if they weren’t holding KKK or Nazi slogan cardboards.

The first salvo shot to these enemies of the people was when the Washington Post and other newspapers decided to print the Vietnam classified documents showing how the government was hiding their ruthless scheme of wars in Asia.

Also, some ignorant, dumb, really dumb people believe the ACLU is a left wing organization. If they knew they have defended the first amendment for the Nazis exercising their right to express themselves on the streets, an action deemed so stupid since millions of people died fighting them in Germany, they would chit themselves in their pants.

Their “before” the final assault? The war on terror initiative, the famous patriot act.

Last one? The very press being kicked out of the white house by the “excuse me! excuse me!” idiot there calling the press the enemy of the people.

And that’s when the enemies of the first amendment are good at, just calling anybody protesting “the enemy of the people”.

Or, those idiot enough telling anybody protesting or denouncing the racist in the white house as “he hates this country”.

Oh, right here! Those “flagging” what anybody says are really a bunch of disgusting anti-Americans.

Specially the hypocrites complaining “nobody could say what they please in America”. But here they are…….silencing me.

These people really make me puke.