Loss is the New Black

Best analysis on Amazon and retail.

Is that true? Hopefully all investors buy growth and innovation that are bleeding. So we can scoop up the boring profitable companies at discount.

Amazon is the walking example of investors not caring about profits, for 20 years and counting. I think Bezos set the right tone and expectation for investors. We may see it in TSLA too.

Another fun tidbit in the video is that buying thru Echo is apparently cheaper than thru Amazon website.

Any explanation why AMZN lost control of music

How come Apple, Nike, Disney, etc are not affected by AMZN’s strategy?

Amazon is investing huge in new ways to get stuff to customers faster. How much stuff can you get next day or same day now? Now there’s Prime Now with free 2-hour delivery.

Customer obsession is the same as Apple.

He twisted it. Edit: On further thought, he wanted to box Apple into a “single product”, “hit” company just like his WS friends, mostly hedge fund managers. Also, that interview, he copies Jack Ma’s way of talking about how he started his company.
Apple is never about product, has always been about customer satisfaction, customer service and customer experience.

Any explanation why AMZN lost control of music

How come Apple, Nike, Disney, etc are not affected by AMZN’s strategy?

Amazon is not infringing intellectual property rights like Samsung, but created platform/market places for everyone!

Apple, Nike, Disney surviving with IP (Moat) and extremely cheap cost ! Unless Amazon copies the IP and start producing, it is hard for Amazon to beat these companies.

Customer obsession is the same as Apple.

Few years before I quoted, if Apple is not matching big screen iphone, it was supposed to be doomed forever. Initially, Tim Cook denied to make, but finally released iphone 6 and 6 plus. If they have maintained like iphone 5, customer obsession is not there.

Apple is not customer obsession, but about product and quality.

Few years before I quoted, if Apple is not matching big screen iphone, it was supposed to be doomed forever. Initially, Tim Cook denied to make, but finally released iphone 6 and 6 plus. If they have maintained like iphone 5, customer obsession is not there.

Apple is not customer obsession, but about product and quality.

Apple is product obsessed because management from Cook down all said it is. Cook says again and again Apple is all about creating “insanely great products” and then market will take care of Apple. Ive said the same thing in different words. Everybody in management does.

You can see in Apple’s actions too. It sometimes moves the tech forward so much it creates short term inconvenience to its customers. Things like shipping computers with no floppy disk drives and laptops with only one USB C port. Products are great and elegant, but customers suffer in the short term.

I was at a very hip coffee shop in the Mission one day and surprised to see many Windows laptops there. Most people I can tell right away are engineers. In the past I’d have expected all of them use MacBooks. But now at least half of these people in that coffee shop used Windows machines. What’s going on? Apple is shipping inferior laptops in the last couple years and power users have noticed.

Jobs was famous for saying customers don’t know what they want. He didn’t believe in using customer data or focus groups to design products. Apple makes those decisions for customers.

Compare that to Amazon’s approach to the $700B/yr grocery business. It’s conducting a bunch of experiments to let customers decide what works best for them.

According to Jeff Bezos, customer obsession is not just about listening to customers, is also inventing on their behalf because is not their job to invent themselves. Sound like rephrasing what SJ said.

I agree, but the difference is Jobs would invent one thing and tell customers it’s what they wanted. Bezos will try different things on behalf of the customer and let them decide what they want.

Apple is product obsessed because management from Cook down all said it is. Cook says again and again Apple is all about creating “insanely great products” and then market will take care of Apple.

Another Bezos interview, this time by Charlie Rose. October 20116. 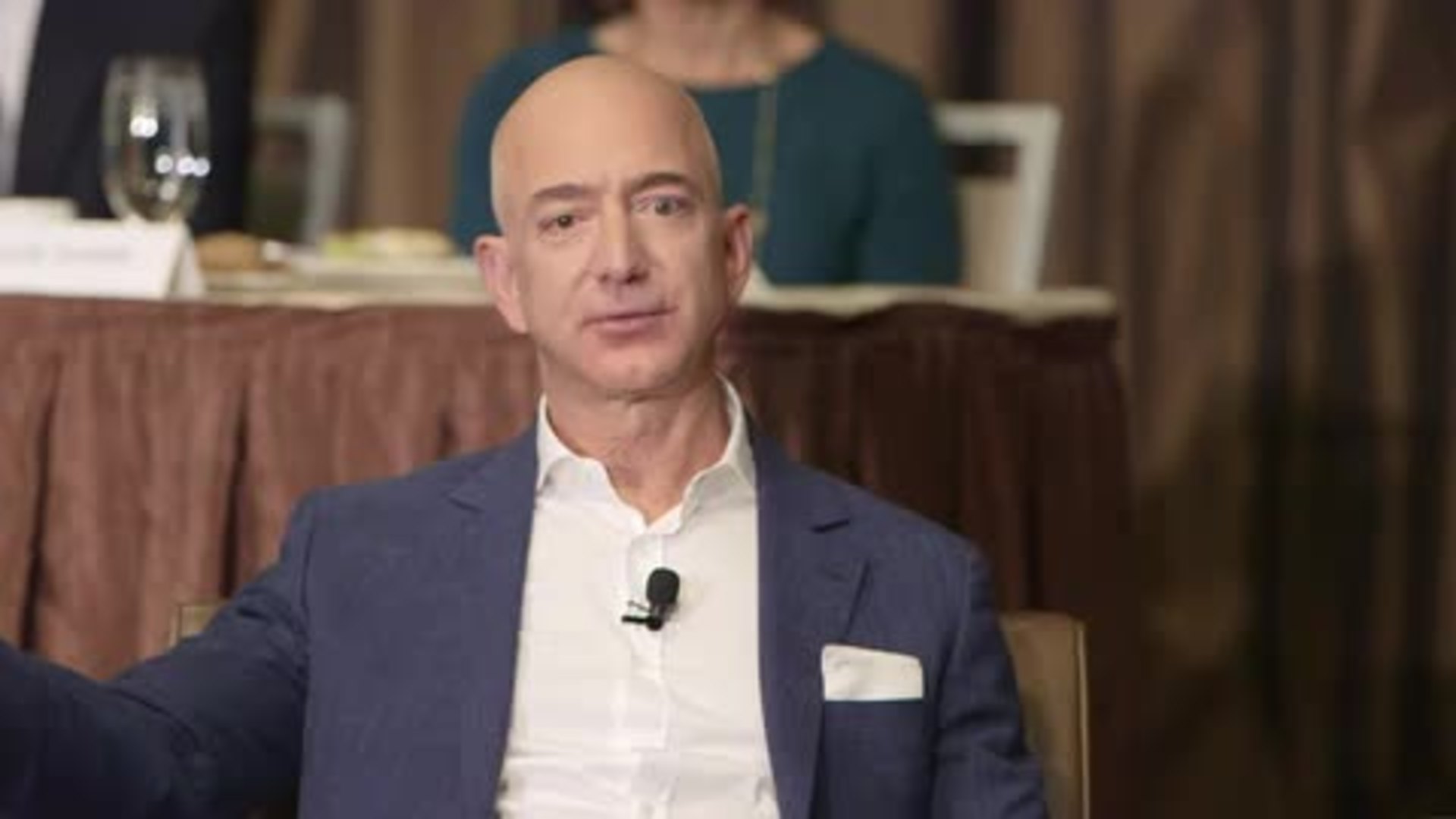 Learned about this one from Buffett. WB mentioned this interview in Berkshire’s annual meeting last week.

Why Amazon is eating the world

I recently co-founded a software startup. Each month, I send out an update to our investors. But the past month was a bit different. Instead of just writing..

This all said, I believe that Amazon is the most defensible company on earth, and we haven’t even begun to grasp the scale of its dominance over competitors. Amazon’s lead will only grow over the coming decade, and I don’t think there is much that any other retailer can do to stop it.

The reason isn’t the bullet-point moats that are talked about in headlines, and it isn’t the culture of innovation or Bezos’s vision as CEO (though I do think Amazon’s culture is incredible and Bezos is the most impressive CEO out there). It’s the fact that each piece of Amazon is being built with a service-oriented architecture, and Amazon is using that architecture to successively turn every single piece of the company into a separate platform — and thus opening each piece to outside competition.

By opening every part of its internal operation to outside competition, Amazon uses Darwinian pressure to make sure every part of it is the best in class and the most efficient. Most obvious examples are its datacenter stack (AWS) and fulfillment network (FBA).

This is the opposite of the what every other company does. The instinct is to protect whatever developed internally as some sort of secret sauce. But what ends up happening is bureaucracy leads to bloat and what used to give you an edge ends up dragging you down.

Bezos is indeed a genius!

Now I am more convinced than ever Amazon will be the most valuable company in the world. Time to rejig my portfolio to buy more AMZN…

His vision is what I have in mind long ago, hence many more could have in mind too. Having that vision is not a genius unless you want to recognize me as a genius. His execution skill is unparalleled that I agree. Turning a cut throat retail business into a juggernaut is a world class act.