Man, I Wouldn't Mind Seeing This Under The Tree

Wow, this camera could be pretty darn useful to many of us with buying fixers or just managing our properties. Who doesn’t have water leaks and such that comes up? Imagine being able to detect water inclusion or heat lost areas pretty easily. $700 bucks though. Maybe we all chip in and Uncle Manch holds it for us to check out (like a book from a library)???

How about this one for the non-pro?

Thermal Cameras for your Smartphone

BTW, I’ll chip in if you let me borrow it!

This does the same thing… $30
http://www.sears.com/search=infrared%20heat%20detector%20gun

The OP includes water detection, right?
Maybe worth it.

I got the laser thermometer a few years ago… has been good to verify the effectiveness of improvements. Never used it to find a “leak”

Yeah, I didn’t check to see if the cheaper models had all of the capabilities of the more expensive one. I must admit, I need to take the time and update my tool box with some nicer stuff. A regular tap measure is still handy but I can see having a laser one as a nice upgrade.

The thermal gun is a dangerous weapon in a tenants hand…I have one who complains about all the cold spots in her house. .I tell her the house has been fine since 1975…just turn up the heat, wear a sweater and get an electric blanket…My Sicilian buddy uses it for his pizza oven, amazing toy…

Yeah, I can see tenants that are trying to do something arming themselves with these types of instruments. Again, we owners have to be on our toes at all times and follow all protocals/procedures.

Yeah I have the gun for cooking and just random curiosity. Don’t really use it to find leaks since it’s a bit wide angle.

Is there going to be a run on this book now???

Investing strategy isn’t the only thing that Gates and Buffett agree on. They also have the same favorite business book : “Business Adventures,” by John Brooks. In the book, which came out in 1969, the former staff writer for The New Yorker compiled 12 stories that originally appeared in the magazine.

Do they sleep on the same bed?

Is there going to be a run on this book now???

Bill Gates has been recommending that book for years. It’s a very old book about Xerox in its hey day. I read Graham’s Intelligent Investor which was written around the same time. Xeros was a rock star back then, together with IBM. Sorta like Google and Apple now. Can’t do no wrong.

I don’t think many people will have the patience to read about something so ancient. 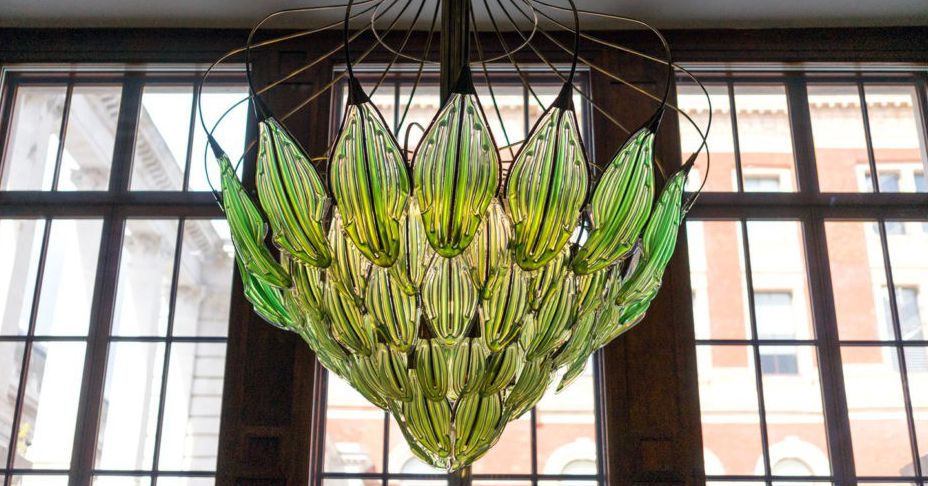 The Exhale Chandelier harnesses the power of photosynthesis to remove CO2 from the air and produce oxygen.

Cool, when wifey is swearing at me in either Mandarin, Chiuchow or Fukien…I might be able to understand what she is saying… Google's taking on Apple's AirPods with $160 wireless headphones that can...

Watch out, Apple — Google has a new set of wireless headphones that are giving the AirPods a run for their money.

For leaks, use depends.