Million-Dollar Neighborhoods Take a Hit from NYC to California

Bloomberg: Million-Dollar Neighborhoods Take a Hit from NYC to California

Million-dollar neighborhoods are taking a hit.

The number of areas with a median price of $1 million has fallen to 628 from a peak of 636 in March, based on a Bloomberg analysis of Zillow data from 1996 through June covering single-family homes in almost 7,300 U.S. localities.

Forty-four neighborhoods where the price once exceeded the benchmark have slipped below, but others have moved up, including Lighthouse Hill in Staten Island, New York, where the median value crossed the seven-digit mark in March. Marinwood in San Rafael, California, and Lido Key, in Sarasota, Florida, joined the million-dollar club last month. 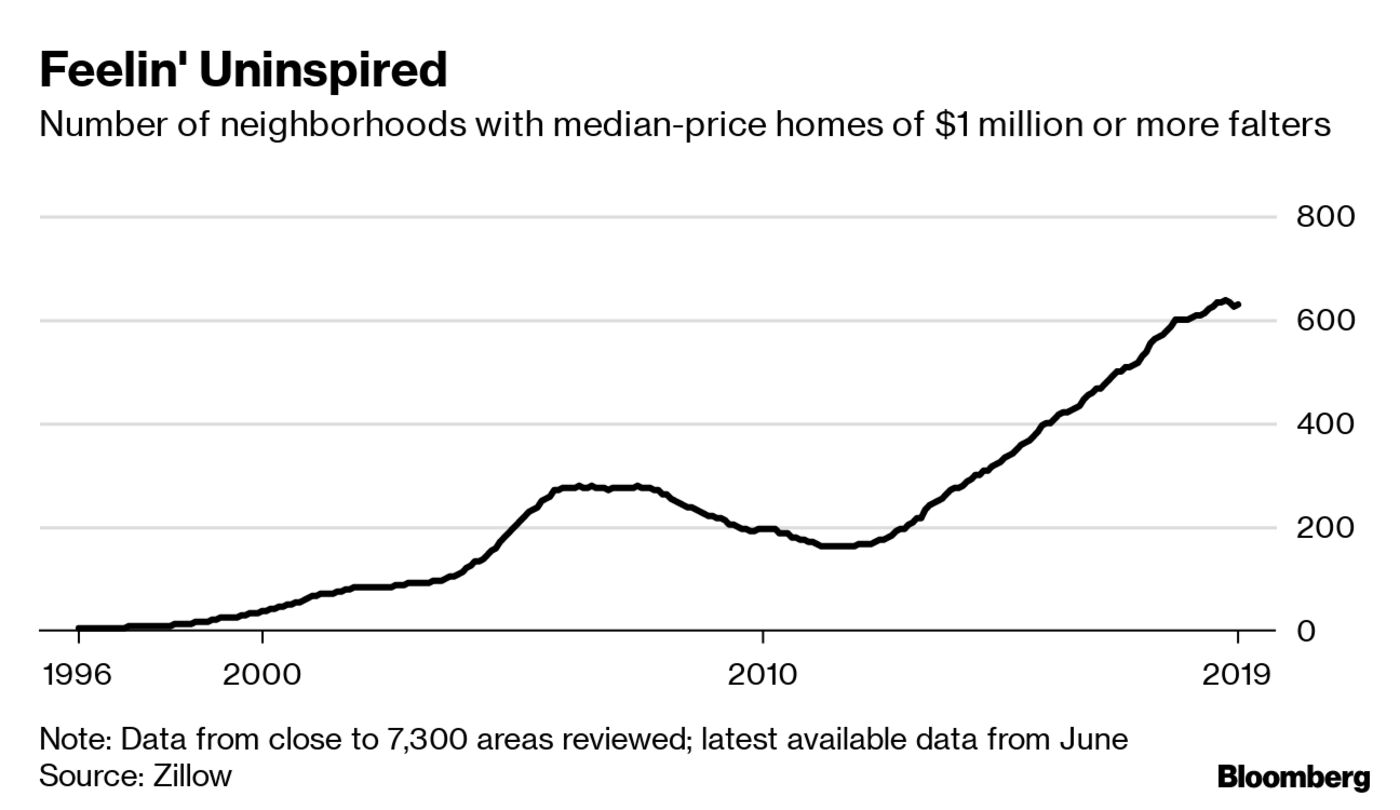