New RE Word For You: Proptech 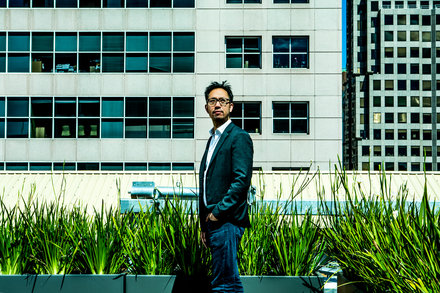 The Hot Property That’s Next on Tech’s Agenda: Real Estate

Venture capitalists are racing to pour money into technology for real estate — or what Silicon Valley is now calling proptech.

Jason Childs, Opendoor’s chief financial officer, said the company’s geographic diversity and 90-day average flips help shield it from a potential housing market crash. In the housing crash a decade ago, the holders of long-duration assets were affected the worst, he said.

In SFBA, experienced flippers made a lot less money than those who buy n hold since the recovery from 2009

So what would it be going forward from here? Flip or buy n hold? Open-door implied flipping is the way to go.

Time for harriet, wuqijun, and manch to put their heads together to come up with a good PropTech business. I’ll put in an initial capital of $50k. Go or no go? Discuss over haidilao?

What is the business you want to put money in?

Flippers are looking at 20p return at best. They need to scale it.

What is the business you want to put money in?

Every processes in RE industry is inefficient and badly in need for disruption. Is up to brilliant brains to figure out how to improve the processes and the monetization strategy. Improving processes shouldn’t be difficult for SWEs like you but how to monetize? Look for another Mark Zuckerberg or that Yahoo! executive to pay billion dollars for your startup? Can’t help it, Mark overpaid for WhatsApp… may got fooled to buy by Larry. The approach for startup is to improve process and hype to get as many people on board as possible, even if can’t figure out how to monetize, many Angels would pour their hard-earned cash into your startups. Still make tons without a good monetization strategy. Someone who might/ think they have figure out how to monetize would pay billion dollars for the startup… game of negotiation. The problem with me is I understand the process but don’t have the creative juice to execute. I am a process guy. May be should be in con(& in)sult business or in schools teaching.

Have you checked opendoor

Have you checked opendoor

Checked as in examine in great details, no. For rental, got AppFolio.

Which business model is better? B&H has a large time component (10 years?). Flips lack that risk. Who can you out execute or find a niche in? Which one will the money follow? At this point it is the e-buyers.

Hanera, don’t put in money unless they are willing to quit their w-2.

What was not good with opendoor?

I think you misunderstand me. No need to check competition. Not fixated on anything. Definitely not putting much effort in analyzing anything.

For tomato’s eyes only.

There are a few emerging technology trend stand-outs, but blockchain, as it intersects with real estate, is hotly anticipated primarily because the technology has the potential to completely transform how the data, payments and titles pertaining to real estate and all the surrounding transactions are conducted.

There should be a few trillion cap businesses eventually from those manage to disrupt RE (and) or those who successfully deploy blockchain. Hopefully can detect them before they become $1T market cap.

I don’t buy into the hype as much, but ledger is one good application.
1T for RE + blockchain? That sounds a bit made up. I don’t really think blockchain suddenly makes companies magical. It makes it bubbly, sure, but not magical

1T for RE + blockchain? That sounds a bit made up. I don’t really think blockchain suddenly makes companies magical. It makes it bubbly, sure, but not magical

That magical company has not appeared yet. Keep looking. Also, you’ve not accounted for inflation i.e. depreciation of money. Global RE is huge

Btw, the blockchain comment is not intended to combine with RE

even though is in the same sentence.

“I feel that integration of smart homes will catapult truly this industry.” He adds, “I’d also definitely suggest the trend of the 90 million millennials looking for smaller and digitally efficient homes as a big one to watch. This will be dynamic and expansive.”

Small homes, like the pipe homes in asia i believe are going to be a hit. like mobile homes are somewhat of a hit. Prefab will get cheaper with automation.

I don’t get why entrepreneurs should target RE. How often do people buy or sell houses? At most once a decade? Besides the big amount of money involved, there are also lots of laws and regulations to navigate.

How often do people buy or sell houses?

like… a lot. why does “once in five year” matter for a company? They will make money either way through volume.

Bay Area is about the most tech literate in all of America. Why do we still see human agents around? Why is Redfin’s market share so tiny?

Actually the biggest Proptech firm in the world is WeWork. I just read this Economist article, and the article made me quite excited about WeWork. 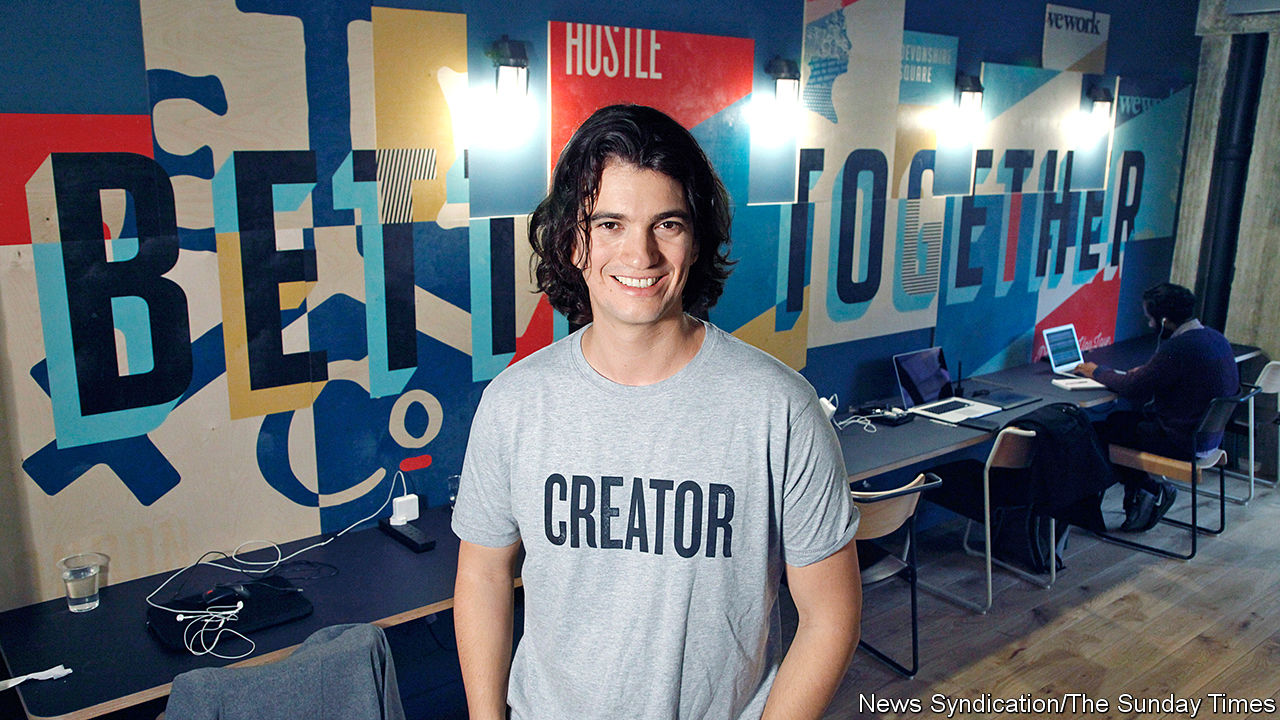 Big corporates’ quest to be hip is helping WeWork

Sceptics abound, but there may be more to the startup than meets the eye

In the eight years since its founding WeWork has become the largest private-sector occupier of offices in central London, and the second-largest in Manhattan. Its expansion is being fuelled by SoftBank’s near-$100bn Vision Fund, which last year put several billion dollars into the firm, valuing it at $20bn. This is more than most big property companies, even though it is not yet profitable. SoftBank is expected shortly to invest another $3bn into the company in a deal that could lift its valuation to $35bn.

Big questions nonetheless swirl. Sceptics wonder about the model’s viability in an unsentimental, margin-driven property industry that is prone to painful ups and downs. As a result, they scoff at its valuation. WeWork’s top brass talk of its becoming a $100bn firm; others regard a tag of $20bn as already extremely stretched.

Despite big losses due to rapid expansion, its unit economics is actually very decent:

As for the firm’s dizzying valuation, WeWork has devised a measure of profitability that it calls “community-adjusted EBITDA”, which strips out the costs associated with expansion but retains the costs of running existing locations. Despite the hippy-dippy name, analysts regard it as a reasonable measure, akin to the distinction made between “same-store” sales and new-store sales in analysing retailers. In 2016 WeWork’s established locations had community-adjusted EBITDA margins of 22%, which rose to 27% last year thanks to higher occupancy and improved economies of scale. Mr Minson expects it to reach 30% by year-end.

And it’s expanding into a lot of other interesting branches:

WeWork also wants to advise firms on improving corporate culture. A forthcoming product, described in a case study prepared by Harvard Business School, envisages WeWork helping firms transform by applying its methods (which it calls its “Culture OS”). Mr Neumann observes that firms are often much better at taking care of their customers than they are at looking after their employees. In addition, WeWork offers a range of services for members, such as third-party health insurance for startups, which make up a small but growing part of revenues. It has acquired America’s Flatiron School, and offers its computer-coding classes to members. It recently launched WeWork Labs, whose services for startups include mentorship from seasoned entrepreneurs, matchmaking with big firms and other benefits.

The firm’s ambitions do not stop at the office. Mr Neumann is currently bidding against Elon Musk, the boss of Tesla and SpaceX, for the right to develop a large tract of public land near San Francisco’s Golden Gate Bridge. In addition to co-working space, the complex would house WeGrow, a network of schools for young children that WeWork has designed, and WeLive, a “co-living” style of housing it is working on. The first such school, on the third floor of the firm’s New York headquarters, will start classes this autumn. Two residences are already open, one near Washington, DC, and the other on Wall Street.

These guys are far, far more interesting than Opendoor.

SoftBank Is Said to Consider Taking a Majority Stake in WeWork 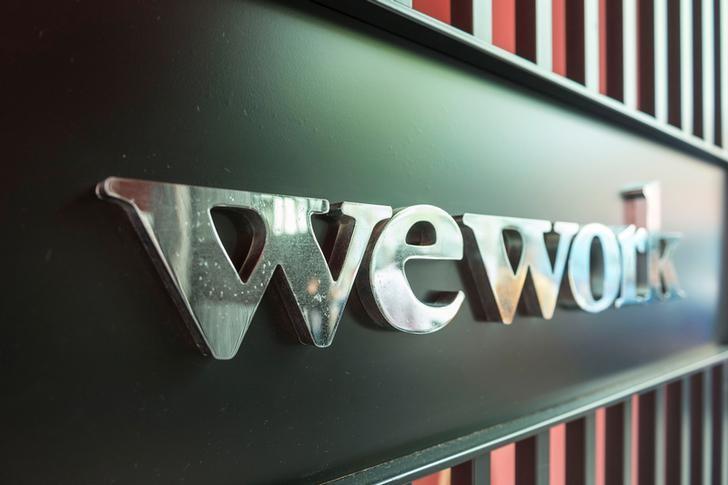 WeWork gets $3 billion in new funding from SoftBank