NorthPointe, one of the “Domain-like” projects in Austin’s suburbs, has taken a big step forward. Big offices and thousands of residences are envisioned rising on either side of the State Highway 130 toll road.

The NorthPointe project, which envisions thousands of housing units and an employment campus along State Highway 130, is a step closer to going vertical in Pflugerville. 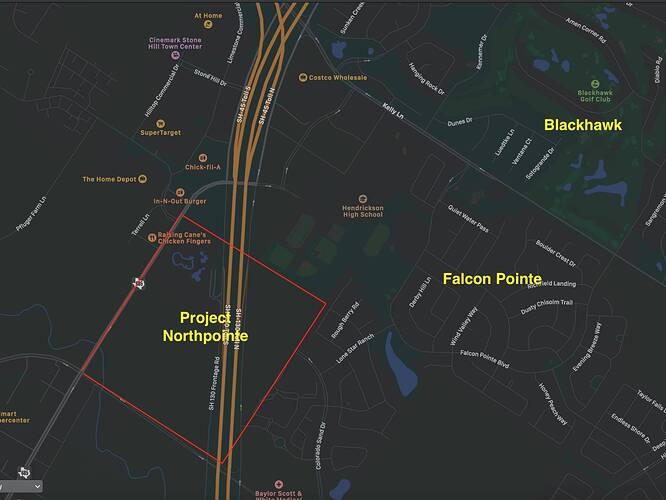 Nice. Long awaited project. I can see my house in that map