Thanks…now I just need some land… 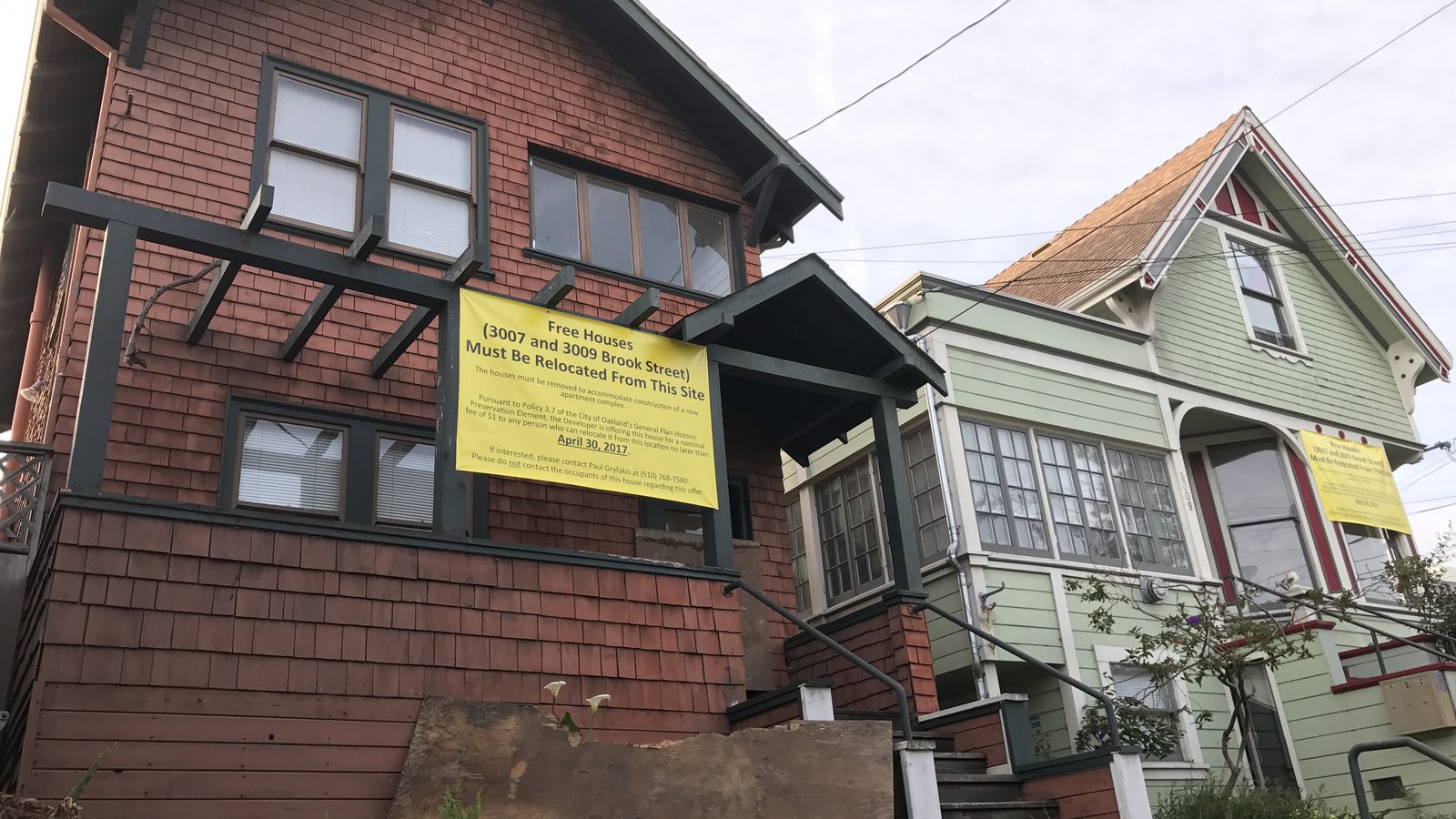 Two Oakland houses for sale for $1

But both of these homes need new homes, as incoming development will demolish the pair unless a buyer drops one hundred pennies on them and finds a mighty big truck for relocation.

How easy it to move a whole house…

I think it’s on DIY network, but here’s a show where they do this in the Dallas area. People buy the existing houses super cheap. The buyers haul them to their own land to remodel them. Then they sell the remodeled homes to a buyer that puts the house on land they own. The houses sell for $30-50k after they are all done.

Tall houses are almost impossible to move due to power lines…Where are the nearest empty lots?

How easy it to move a whole house…

Depends on the house. We were told that the street we lived on in Boston had many of the houses moved there in the 1900s. For a $1.