Shiller: The Overinflated Fear of Being Priced Out of Housing 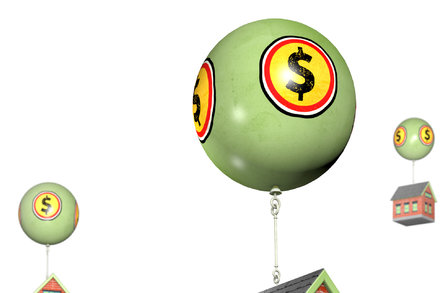 The Overinflated Fear of Being Priced Out of Housing

It’s easy to understand how worries spread, but the historical record suggests such fears are generally exaggerated.

Given these facts, why do people still worry that home prices are getting out of reach? The answer can’t be found in the housing data. Instead, these fears may reflect anxieties about other issues — like income inequality, globalization and the threat of job losses because of robots and artificial intelligence. In prosperous cities, rising prices may connote economic exclusion.

After all, American society is increasingly divided according to educational attainment and income. In some circles, rarefied home prices may set off worries about being unable to live in choice locations shared with successful people. Home prices may, unfortunately, be viewed as a measurement of success in life rather than merely of floor space, and fear of being priced out of housing may well be rooted in deeper broodings about maintaining a position in the social hierarchy.

Ah, now I finally understand why I always wanted to live in Palo Alto. Thanks Bob!

That double in 4 years happened after “the biggest financial recession since 1927[primary driver of the recession was mortgage/housing]”. Hence a good comparison year should be around 2005 or 2006.

That double in 4 years happened after “the biggest financial recession since 1927[primary driver of the recession was mortgage/housing]”. Hence a good comparison year should be around 2005 or 2006.

It’s not being unable to afford a house somewhere in the US but not being able to afford cities with decent career prospects. I’ve seen families that I grew up with become permanently priced out of the bay area. IMO it is a legitimate concern for people who want to live in a prosperous city, which is probably most people.

I don’t have data off hand. In the older forum I remember posting some data(off the internet) which basically said average Bay Area prices are up less than 2% a year & prices are up @18% since 2006/or 2007(Haven’t verified that data from other sources). Now, of course average is not a good statistical description here for this biig area & hence Price must have varied wildly depending on the specific geographic area.(PA vs Tracy for e.g

My limited point In this case was

As the old age goes “The best time to buy is when one is ready for it”. The definition of ready varies from person to person.

Please NOTE: The above is a personal opinion on an anonymous forum, so nobody should take it seriously & do their own due diligence.

I tend to use the trulia market trends charts. They’ve gone up a lot in the Bay Area–all over it.

Truth be told, it’s not the price that’s the problem. It’s the price compared to your salary. If the price goes up by 50%, and your salary didn’t across the same period… you’re screwed unless you have some super luxurious salary.

Thanks for the Trulia info

Prices are still down from 2006 in Stockton…there is still hope.

Prices are still down from 2006 in Stockton…there is still hope.

if driverless cars become reality, Stockton is in play for Bay Area workers. There is hope indeed.

I use this data to visualize overall, but you can hover over the data on the charts to pick up the numbers:

Pretty clear that PA doubled from even 2007 to 2015/2016. That’s either a pretty hefty bubble or more than likely a permanent rise which most people didn’t experience in their salary.

On the other hand EPA peak to peak is the same

The low end in RWC has gone up more than the highend…Still priced low per sf in Emerald Hills…best deal on the peninsula. …

I am rooting for PA to crash…

Aren’t wages up quite a bit since 2006? Most people here change jobs every few years which usually gets a nice increase. Doubled wages over 10 years would be about 7% a year increase. That’s bigger than the average annual increase, but 2 company changes could get you up to the 7% average.