So, What Is A Small Proprietor Supposed To Do?

You can’t find enough workers despite raising wages. At some point, won’t your financials simply not make any more sense and you eventually have to shut it all down? Are we destined for only large chain stores around these parts that have the economies of scale to make a go of it?

what happens is small stores and big stores alike will move out of the place.
This is what happnes with all expensive areas where rich people live.

Orange country for example, does not have a walmart I heard.

OC might not have Walmart stores (I think they have a few, but didn’t verify) but they do have a distribution center and Sam’s Clubs. One of the relatives lives there and I’ve been to Sam’s Club with them.

OC did not want Walmart stores. They actively waged war on them. Proposed stores were put to votes and voters said no.

My sister retired in an area in San Diego County where there are 3 Walmart stores within five miles and several more within 10 miles. Bizarre. Both my sister and brother in law hate Walmart. He retired from a grocery chain and loved unions. They won’t set foot inside a Walmart or Sam’s Club.

“I need a dishwasher right now, and one of my kitchen guys’ brothers is going to start working tomorrow,” Ulas said Tuesday.

That’s the problem. Buy a dishwashing machine instead.

Society has to move up skill. These stores are the problem, not high rent. They can always pay workers six figure salaries and I am sure they will have people beating down the door. But they won’t, and they can’t. Because their work just don’t add much value to society, and so are not paid much.

San Francisco also has no Walmarts. Neither is San Mateo county I think. There are plenty of Targets though, which is just a fancier version of Walmart.

I love small owner run stores. I choose them first. Every 4-5 months I go to Costco to stock up on paper goods and laundry supplies. Usually end up buying some food. Whichever kid goes with me and helps with unloading and putting away gets a generous portion of the bounty. Because they go with they get to “help” pick the food. We found Lucille’s BBQ brisket on sale and grabbed one and had a family dinner. For those without children or with younger kids this probably sounds bizarre. Shopping Costco with one of the kids allows for time to talk and hear what is really going on in their lives. Somehow looking at labels morphs into other areas.

Whenever I get a prescription without refills I go to the local independent pharmacy that has limited hours (8-5 M-F, 8-12 Saturday,and are closed on Sunday. ) They know me by name and they are awesome.

I would love to give them all my business but the hours are the problem. When a trip to NYC expanded a few days I needed a refill and missed their Saturday hours and had to wait until Monday. I go with a big chain that makes it easier to get medicine elsewhere.

In an ideal world, we want a good mix of stores, big and small. The last thing we want is to go into Anytown, USA and see EXACTLY the same stores that you have at home. But the financials are making it very difficult for small mom and pop shops to stay afloat which is sad to see. At least on this issue, the SF leaders have it right by banning most big chain stores from its neighborhoods, although I sense the policy is not exactly consistently applied. I mean, my god, aren’t there like a Walgreen’s or CVS on every other corner now like ABC Stores in Waikiki???

So, tell them to avoid Target and most other major retailers as well.

It’s always amazed me; the outpouring of hatred towards Walmart while completely ignoring their competition who is similarly situated. It only proved to me that union members are really lemmings following their abusive masters.

You guys miss the elephant in the room.
The increase on RE prices making housing available so expensive and for the common “I don’t work in the tech industry guy” to not stay here.

It has happened to teachers and everybody in general. Even $15/hr is not enough to pay the exorbitant prices in a small apartment.

Real estate, expensive real estate has consequences for the unsuspected individual.
I may add, those affording that way of living will pay more for any services.

[quote=“manch, post:4, topic:586, full:true”]
“I need a dishwasher right now, and one of my kitchen guys’ brothers is going to start working tomorrow,” Ulas said Tuesday.

That’s the problem. Buy a dishwashing machine instead.

I used to manage restaurants before I worked at the casino and post office. When a restaurant owner or manager says he wants to hire a dishwasher, he means someone to scrape dishes, load and unload the dishwashers and put dishes away. They already have a dishwashing machine unless they are doing a very low volume business. 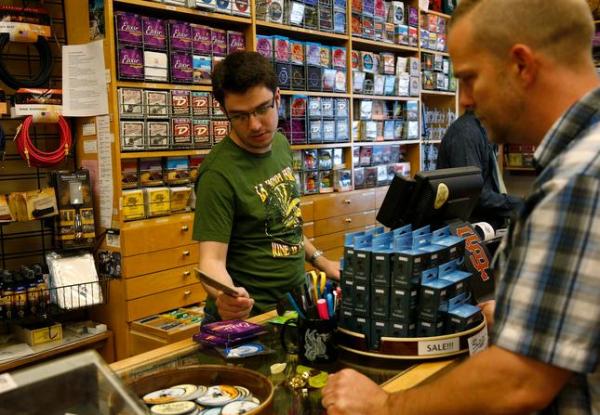 No wonder COSTCO is so successful. They are tailoring their offerings to the local markets.

Costco does regional sales such as Acme bread at the SOMA store consistently.

Sometimes they don’t reorder local stuff even if it sells out quickly. They are brutal with suppliers demanding that they sell to no other store/vendor for less. Break the rule and the provider is out. Costco has low margins and pays good salaries with benefits. It amazes me to see cashiers with 20+ years of service. Their CEO takes a decent salary but not anywhere close to a million.

Prices will vary between stores.

Sometimes they don’t reorder national stuff either. It’s one of the things I don’t like about COSTCO. You can’t depend on consistency of product offering. The other is the “bulk” size of their food offerings which is why I try not to buy them.

But, I do love their prices for some items. The savings we get on just a few regular items we purchase regularly make the “membership” - really pre-paid, guaranteed profit margin - worth it for us.

Here’s the bigger problem: Kids aren’t working during the summers or after hours. They’re swamped with homework, trying to take summer classes, and their white collar parents might not want them working in MickyD’s anyways. How much would be fixed by putting them to work?

So, tell them to avoid Target and most other major retailers as well.

It’s always amazed me; the outpouring of hatred towards Walmart while completely ignoring their competition who is similarly situated. It only proved to me that union members are really lemmings following their abusive masters.

I dislike both. But I don’t shop box-stores unless I have to. No Costco either.

That said, we’ve been buying a lot on Amazon.

Costco runs around break even on the stuff they sell. The margins covering their operating expenses. The profit is from the membership fees.

Costco is amazing. .quality and low prices…what is so great about little stores? “England is a nation of shop keepers”. …A quote from Hitler…not meant to be a compliment. .Amazon is a greater threat to small business owners than Walmart. …big means low prices. .and Costco has fantastic return policies…small stores cant compete. Society will learn to live without them…Would love to see Costco kick Raleys butt…the Raleys in Tahoe is the biggest anywhere and charges outregeous prices…

I actually know a local business owner who sells his product in Costcos and other outlets. Obviously you get the volume but they drive you down so hard on price and you have to take everything back pretty much regardless of reason.

Small businesses can use Amazon. They have a warehouse-as-a-service business. They do everything for you. I’ve heard they charge a hefty percent, but I don’t think people realize all the value. Just having your product for sale on Amazon is huge. Then you don’t have to rent warehouse space or hire employees to run it. I wonder if they pass on their shipping rates which have to be much better than a small business could negotiate on its own.