Startups Try to Spread Outside of Silicon Valley

Startups Try to Spread Outside of Silicon Valley

Clusters of high-tech startups are blooming everywhere, from Denver to Washington, D.C., and Austin, Texas, to Chattanooga, Tenn. But as fast as the rest of the country creates startups, Silicon Valley grows even faster.

And yet, as fast as the rest of the country creates startups, Silicon Valley grows even faster, disrupting entire industries, from transportation to lodging, retail and media. Silicon Valley is transforming fragmented industries into unified, winner-take-all markets that reward the biggest, best-funded, most aggressive companies—which are still being built, for the most part, in Silicon Valley.

Consider the data. According to Dow Jones VentureSource, in 1995, about 30% of all venture capital invested in the U.S. went to companies in the Bay Area. By 2015, that figure was close to 50%. 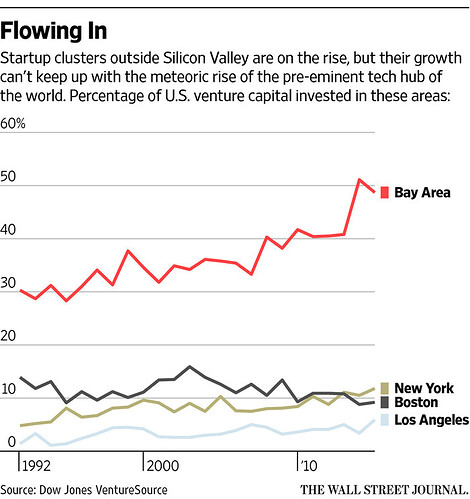 I have long argued that, contrary to what many think, we will see more geographical concentration in tech companies instead of less. That’s the same as the world’s financial centers. No other place can challenge NYC. Well, almost no other place. If Fin Tech takes off we may see SF putting up a real fight.

Ecosystems, once set up, feeds on itself. Capital is abundant. Everyone who matters knows everyone else. Talent pool is incredibly deep. Not just technical talents. That’s a given. But management talents as well. The web of connection is dense and extensive.

No other place can challenge NYC.

Come on, @manch, NYC is a dinosaur. For what is considered the greatest American city, I would expect it to be leading the rest of the country on new thought and policies. Is that happening? I don’t think so. If anything, SF is usually credited with coming up with a lot of that, which eventually other places copy. Because NYC has a longer history and is the financial capital that it is, we have to kowtow to it but I think we out West here are closing the gap rapidly.

But…as this PA blogger no less reminds us, don’t overthink it. People simply want to be here. Period.

Some companies have moved or expanded elsewhere. And some residents have mo...

We are literally talking about difference between billions and millions.

I’ve noticed more companies have offices outside the valley faster. Their HQ is here and money raised is marked as here. However, they have offices other places too. 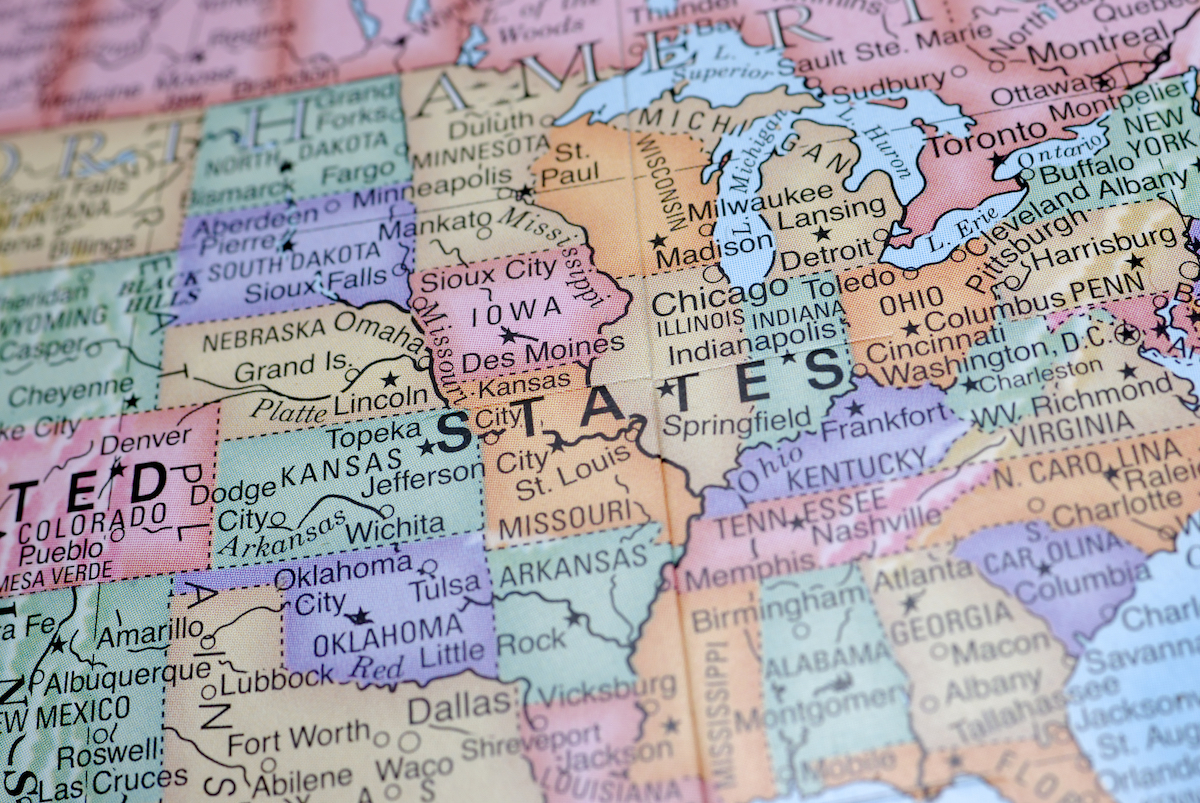 Analysis Were you unable to attend Transform 2022? Check out all of the summit sessions in our on-demand library now! Watch here. When Carisa Miklusak launched AI-enabled staffing platform Tilr two years ago, she and her two cofounders...

Why startups are leaving Silicon Valley

Its primacy as a technology hub is on the wane. That is cause for concern

Why? After driving on Hwy 101 in the morning, anybody would quit.

All of that means that capital (both human capital and invested capital) needs to achieve a much higher return on input in Silicon Valley than outside of Silicon Valley, all things being equal. I am not sure all things are equal though and that is really the rub.

Silicon Valley has always had one important advantage over other regions when it comes to the tech sector. There is a much higher density of talent, capital, employment opportunity, and basic research in Silicon Valley versus other locations. When I say density, I mean physical density. If you walked a mile, how many tech companies would you pass along the way? That metric in Silicon Valley has always been higher than elsewhere and still is. So even though the return on capital (human and invested) has significant headwinds in today’s Silicon Valley, it is still a lot easier to deploy that capital there. And I think that will continue to be the case for a long time to come.

Startups are forced to startup elsewhere because companies like FB, NFLX and GOOG are paying talents excessively well. Coupled with their

share prices, and recent low success rates of startup, it doesn’t make sense for talents to join startups unless the compensation is phenomenally good.

I wanted to work for a startup. The math was that unless the equity increased by 4-5x in 4 years and was liquid, then it didn’t make sense. Once they have a private valuation of billions, then how much more will it really increase? The track record of those companies after going public isn’t great. For every success, you can find at least 1 that’s below IPO price in a massive bull market.

Also, they stay private much longer now, so who knows how long the ride is before you’re liquid.

Why not start your own?

Being a large cap investor, hope the FANGs eat all the startup lunch…

Does it have to be a 1000x start up? Surely he is smart, maybe it is just cold feet?

What’s the expected value of a startup founder’s NW? I am not sure it’s more than from FAANG.

You mean an engineer making 200k-1M$ / year vs some start up founder? Sure, maybe.