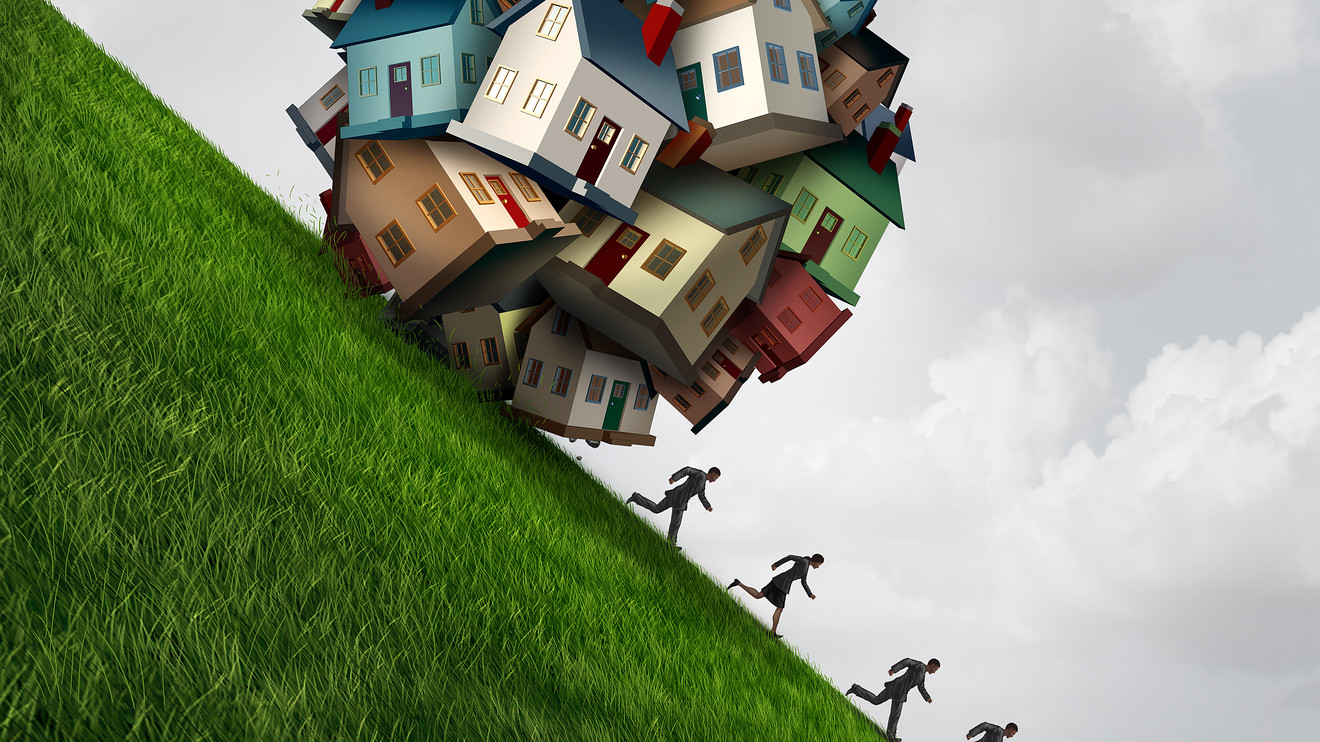 Eight cities on the verge of a housing bubble — and not one of them is in the...

Before you go calling San Francisco real estate a bubble just waiting to pop, take a look at this ranking of housing markets around the world.

While San Francisco’s market was listed as “overvalued,” it is not deemed a “bubble risk.” In San Francisco, housing prices have gone up 65% over the past five years, not enough to make the city the most expensive place in the U.S. to buy a home (that title currently belongs to nearby San Jose, Calif. — and it’s not even close). San Francisco’s score in the UBS index is pulled out of bubble territory by the city’s “strong economic fundamentals amid the astonishing boom of tech companies,” according to UBS.

In fact, none of the eight cities that rank as top bubble risks are in the U.S.: 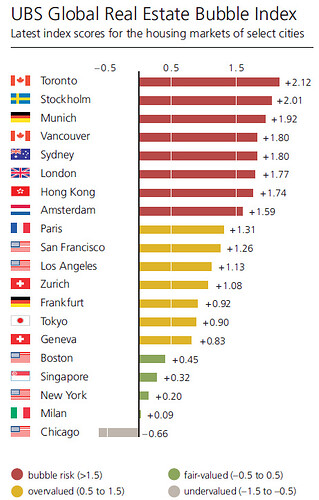 Have a few friends in Chicago. They are fleeing Chicago. City is broke and keeps jacking taxes.

Go Canada! Toronto & Vancouver! I’ll go buy something in Vancouver if it ever pop. Heck, I might move back and retire there

Toronto and Vancouver even have London and Hong Kong beat. Impressive performance!

Have a few friends in Chicago. They are fleeing Chicago. City is broke and keeps jacking taxes.