The Economist: How real-estate barons have ridden the tech boom 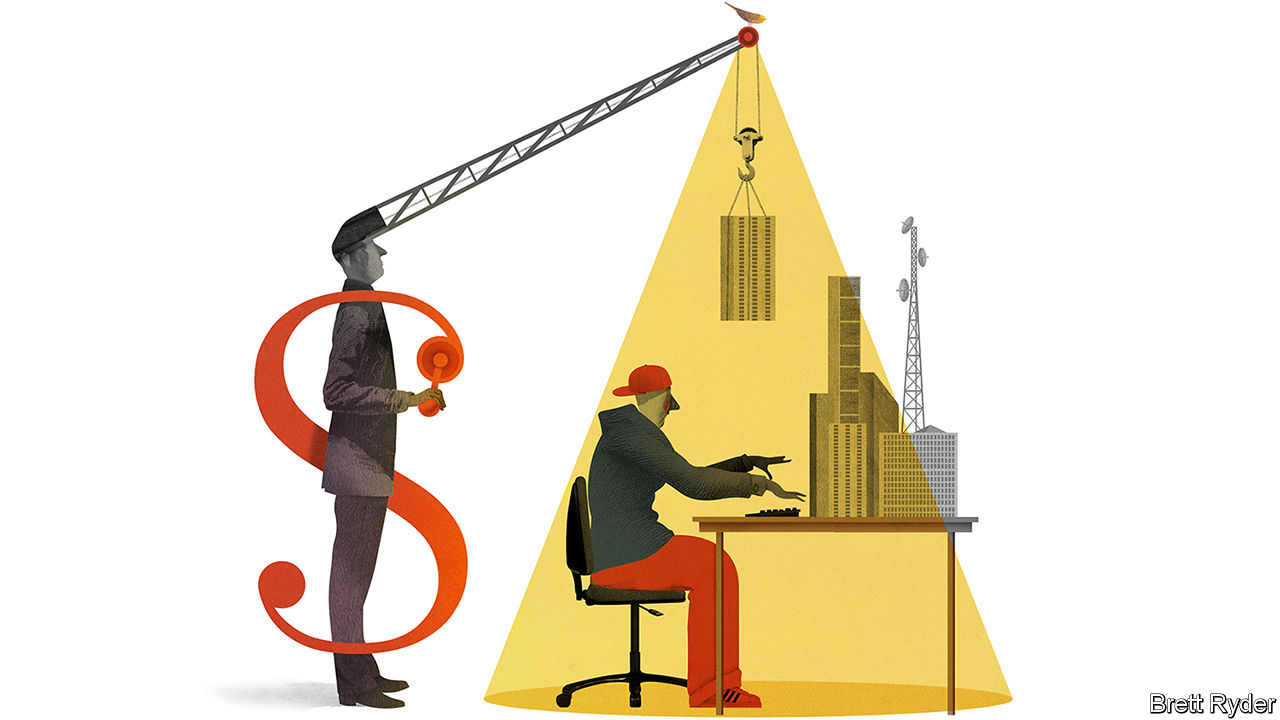 The wheeler-dealers of commercial property are a world away from the hipsters of big tech—more mini Donald Trumps than Steve Jobses. Theirs is an industry of bricks, not bits. Their sales grow square foot by square foot. They fight locally, not in “winner takes all” markets. Few people ever got into Stanford University boasting that their life’s ambition was to build real estate.

Surveying the landscape of America and Europe, it is easy to portray commercial bricks and mortar as technology road kill. In America, even though e-commerce still accounts for less than 10% of retail sales, it has left dead malls, derelict shopping centres and bereft landlords in its wake. In Britain, with higher online-shopping penetration, the owners of high-street property suffer from an epidemic of boarded-up shops and bankruptcies. Some hedge funds are betting on their debts becoming the next “Big Short”.

Big tech firms often boast of being “asset-light”—Uber owns only $1.6bn of physical plant. Yet away from the spotlight property firms are making a mint out of the tech boom. Publicly listed real-estate investment trusts (REITs), which are tax-efficient legal structures that distribute income to investors from the property they own, are turning the back lots of America and Europe into a digital hinterland of warehouses, data centres and telecommunications towers. It may not look pretty. But in America five REITs servicing the tech industry are collectively worth $250bn, more than double their value five years ago. Prologis owns warehouses. Equinix and Digital Realty have data centres. American Tower and Crown Castle International possess mobile-phone masts. If anyone can squeeze the pips out of the tech moguls, they can.

Start with e-commerce. In places where land and labour are cheap, it has become a boon to the owners of industrial REITs, which mostly focus on logistics. Take the Inland Empire, a vast swathe of dusty terrain formerly laced with citrus groves, 60 miles (100km) east of Los Angeles. In 2012 Amazon moved in, leasing its first 1m-square-foot (92,000-square-metre) “fulfilment centre”. Six-and-a-half years later, the e-commerce giant’s 13th such distribution hub is under construction. Walmart, Target and other retail chains have online depots in the area. John Husing, an economist (who in his spare time hikes the jungles of New Guinea), says that in March a staggering 26m square feet of such space was under construction. “We have dirt and no one else does,” he quips. “Almost as fast as we’re building it, we’re filling it.”

Such big-box warehouses are the backbone of the industrial-REIT market. But as delivery times shorten (last month Amazon promised free one-day delivery to its “Prime” customers), REITs are building and leasing smaller warehouses closer to customers, and even within cities. Take the area close to Cleveland, Ohio. In a strange twist of fate, two abandoned shopping malls, Randall Park and Euclid Square, which both fell prey to a combination of the financial crisis of 2008-09, the ravages of the opioid epidemic and e-commerce, are being resurrected as vast Amazon fulfilment centres. CBRE, a property firm, has identified 24 such defunct properties across America that are being transformed into logistics hubs, providing 11m square feet of industrial space.

Land constraints are producing other innovations. In Amazon’s home town of Seattle, Prologis has borrowed a practice it uses in Japan and China to build what it says is America’s first multistorey fulfilment centre. Meanwhile, online shopping has finally enabled Walmart to make its long-coveted entry into New York City. Its e-commerce business, Jet.com, is leasing a 205,000-square-foot warehouse in the Bronx for same-day delivery of goods and groceries to upwardly mobile urbanites.

Such developments mean industrial rents in metropolitan hotspots like New York are at all time highs, and vacancies near historic lows. Nareit, an industry lobby group, says that in the past three years, industrial REITs made compound annual returns of almost 20% (REITs owning regional malls lost 6% a year). The Wall Street Journal has reported that GLP, a Singapore-based REIT that moved into America less than five years ago, has filed for an initial public offering of its American operations that would value it at $20bn. That would be one of America’s biggest property listings.

Beyond e-commerce, cloud-computing firms such as Amazon Web Services and Microsoft, and mobile telecommunications firms such as AT&T, are leasing cavernous properties from REITs that build and operate data centres and mobile-phone towers. Data-centre landlords offer space, cooling, power and bandwidth; their clients put in the servers. They talk of additional profits from an explosion of data-gathering for artificial intelligence, autonomous driving and the internet of things.

Owners of mobile masts occupy fewer square feet. Even so, American Tower and Crown Castle are two of America’s largest REITs, thanks to the cash-generating business of having several mobile-operator tenants on a single tower. Fifth-generation (5G) telecoms networks are expected to amplify the opportunities because each antenna serves a smaller area, which requires denser infrastructure. Besides towers, Crown Castle is investing in fibre and “small-cell networks” on streetlights and other urban props. Its 5G clients will lease them.

It is not unusual for property barons to ride a business boom—think of suburbia at the dawn of the motor age. But how quickly could it turn to bust? A recession could dent confidence, but few expect an economic downturn to derail the shift to digitisation. Over-confidence could lead to over-construction, yet the move into cities provides natural barriers to entry in the form of high land prices. Rising interest rates will dent returns, and one day the market will falter. Perhaps the biggest concern is that unlike the red-brick warehouses of yore, it is hard to imagine Amazon’s big-box eyesores becoming trendy lofts when the cycle does turn.