Was out Yucca Way today

A friend is smitten with…an underground bunker. The land isn’t very pretty compared to what’s available down the road. The big draw is that it needs neither heating nor cooling regardless of outside conditions. But is it structurally sound? And more to the point what do you do once you’re down there? It’s not like you can enjoy the view. The whole solar needs replacing. Panels are 40 years old.
https://www.zillow.com/homedetails/13650-S-Cocopah-Dr-Yucca-AZ-86438/8345866_zpid/

Is he worried about WW III?

Definitely looks like the homes in my nightmares. The ones where the plumbing is all weird and things are under construction and something is leaking and there’s no privacy in the bathrooms and you just have to go pee and can’t…

I think you should avoid this friend…

In my dreams, when you go down this stairwell, there’s a huge lake of water underneath the house and this is the dark access crawlway to it. 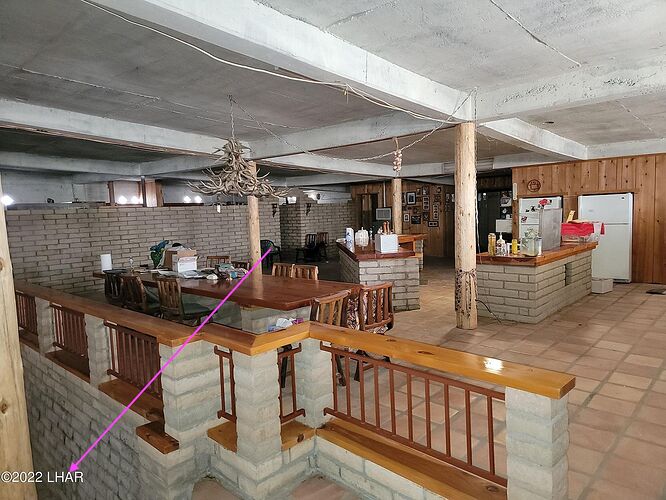 This is where the zombie is - or was - hiding. Clearly someone locked it in there so it would never escape, but the next owner tried to open it… Did it go back to sleep in there or is it lurking somewhere on the property??? 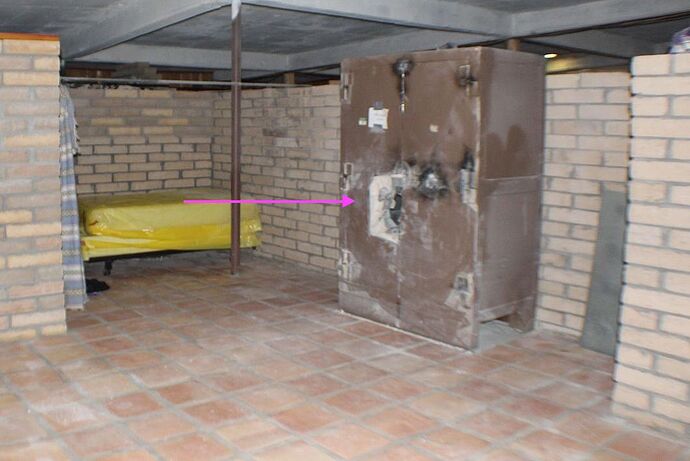 That part of the dream where you’re trying to take a shower, but there’s a tour group coming through to see the house and you know they’re going to look over the wall.

What’s with the half height walls anyways??? 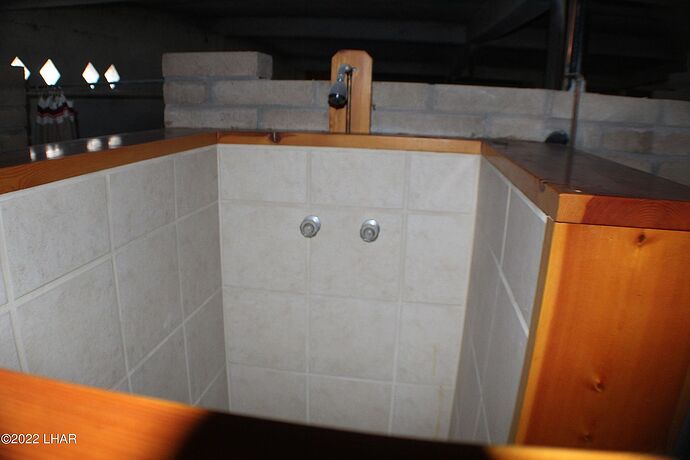 Does the waste get pumped out the black pipe on the left??? 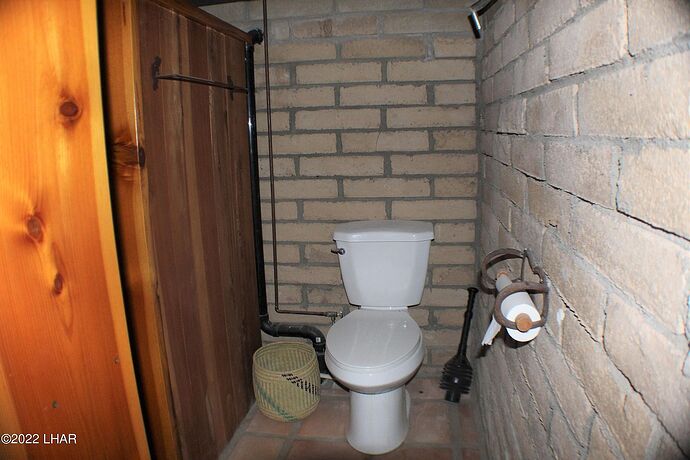 In your mind it looks like the doors are barred, but no, that is the horizontal beam of the cross…where the victims are cremated and buried. 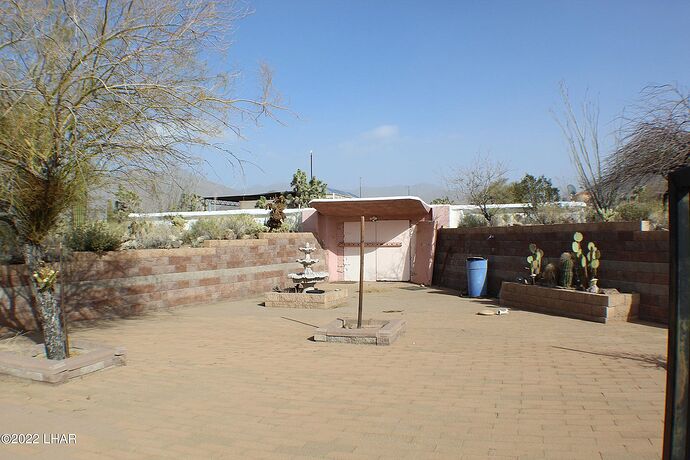 They actually did an incredible job landscaping the courtyard. No watering needed and it looks great. The wide inlet to the toilet may be due to gravity feeding water since you don’t really need a pressure tank if the house is underground. The place doesn’t flood.
It all boils down to “what do you do with it”. It is an elegant solution to off the grid desert life which would likely cost a million to build today. One guy out there has a $70,000 solar system - used to cool a yurt in summer.

Huh? Ain’t everyone living there are naked?

Uh, I bet you if the price was right (or, even not) someone might rent it. ADU! ADU! ADU!

My son says “It seems like a very good horror movie set.”

Is the structure permitted? Engineered?
Those beams supporting the ceiling seem a bit skinny. And then wood posts supporting them? I would have expected minimum 12"x12" concrete columns and better 24x24, if you want to put a few feet of dirt on top of it. The beams seem to be 6x12? Probably no I-beams in there, just rebar and concrete.

The wood is for aesthetics; there’s steel under it. Agree on the beams even if covering steel. There’s no dirt over the concrete, just urethane foam insulation. The permitting was minimal. Rough plans were submitted to the county but there’s no evidence of any sort of final inspection. No idea if a structural engineer was consulted. It was built around '82. The ceiling has some hairline cracks.