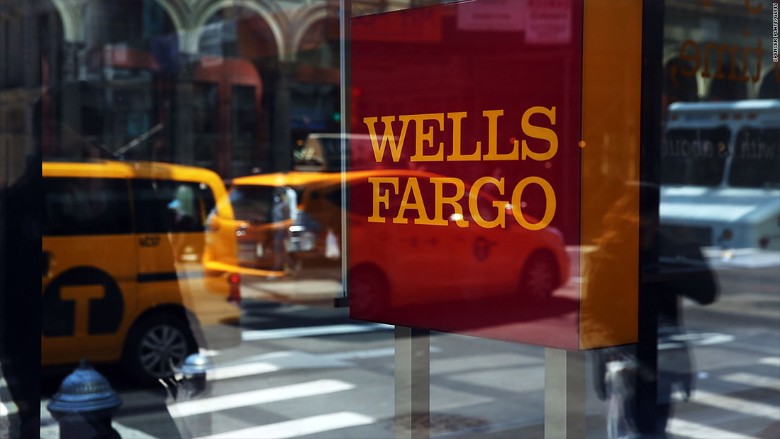 Wells Fargo said on Thursday it fired 5,300 employees for creating ghost accounts over the past five years without the knowledge of customers. Regulators allege millions of these bank and credit card accounts were opened.

Hey, don’t be ripping on my bank where I still have my original account since high school. Sometimes tellers there go gee you have been a long time customer…

Say what you want but Wells is SOOOOOOOO much better than BofA. BofA closes at what 2pm or 1pm on Saturdays and what 5pm on most weekdays??? Haven’t you heard of catering to your customers, BofA??? My mom says Wells in Chinatown (amongst other banks) is open on Sundays. See, they know where the money is at…

We’re with an FCU. Doesn’t mean there won’t be problems, but sometimes smaller is better.

The only knocks on First Republic are that there are too few branches when you want and need them (say on vacation) and their hours are lame. Remember, you are the customer whom they should cater to, not the other way around…

dont get me wrong. I like wells fargo too.

I thought First Republic is only for rich people? I once called them asking about mortgages and got the most condescending response. I could almost hear her mind saying “How much money do you have? Why am I talking to you?”

First republic is only for rich people and I love it…Great perks, like no fees on ATMs anywhere in the world…Great holiday parties…great service. …unfortunately no branch in Tahoe… Slumming it at Wells is tough…hard to work with, transferring between accounts is a big pain. …don’t you know banks only lend to people that don’t need the money…Buy First republic stock…

I heard First Republic serves cookies in their PA branch?

The Facebook Inc. founder refinanced a $5.95 million mortgage on his Palo Alto, California, home with a 30-year adjustable-rate loan starting at 1.05 percent, according to public records for the property.

dont get me wrong. I like wells fargo too.

Yeah, for what it is Wells works for me. You can always find a branch in most places and their hours are good. I used to bank at First Republic but there simply aren’t enough branches around and while the waiving of atm fees is good sometimes you need a real branch and at “odd” hours. Could care less about the cookies…

I thought that loan was a margin loan on value of Facebook stock not a mortgage. Margin rates are still super low. Lower than the dividend on a bunch of S&P 500 stocks.

I’m sure these are low level employees like contractor telemarketers tasked with getting people to open accounts. Otherwise who has time or incentive to pull this crap? Fine for bank is good, but Would like to see criminal prosecution for individuals responsible. Who thought transferring money into secret account without customer consent for a few bucks commission is a good idea?

First republic is fine but they had like a $25/mo fee unless I keep $5k in the zero interest account. Opportunity cost for $5k is not negligible. After my mortgage was closed no reason to keep the checking account. I never got cookies but they were nice.

Come on, with bank accounts paying squat for interest the only criteria for me when it comes to brick and mortar banks is a wide network of atms and hours opened. The convenience factor is key for me since I am running around a lot and may be in different cities. Yeah, high fees is a no no. Why BofA likes to be snooty with their non user friendly limited business hours is beyond me…

You know how banks like to observe practically every possible feasible holiday? Well, funny thing. The Wells by my house for whatever reason was open on one of our more minor observed holidays (Columbus Day or President’s Day?) for several years now. Keep in mind that I don’t get nearly all of the holidays at work that some folks get, so for me to be off it had to be one that most people esp banks observed or you would have thought. It was the oddest thing, and when I was in there to take advantage of it and asked why are you guys open they couldn’t tell me. Of course, the branch was a ghost town. Just strange…

I would think the regulars here were online banking types.

Come on, with bank accounts paying squat for interest

Coming to a bank branch near you soon, negative interest rates.

The only knocks on First Republic are that there are too few branches when you want and need them (say on vacation) and their hours are lame. Remember, you are the customer whom they should cater to, not the other way around…

Why would you need a branch on vacation? They reimburse auto-teller fees anywhere- even in Russia where you can get hosed down with a $20 fee. Oh - and if you want to arrive with some foreign currency already in your pocket in case you’re too tired to deal with it right away or have a problem with a card - don’t even think of using that Travelex rip-off place if you have an account at FR.

I would think the regulars here were online banking types.

Oh I am def an online banker most of the time, but I have coin op laundry machines that need to be emptied now and then and then cashed in at banks. One of the few fun parts of owning investment property… rolling rolls and rolls of quarters…