Where People are Moving In and Out 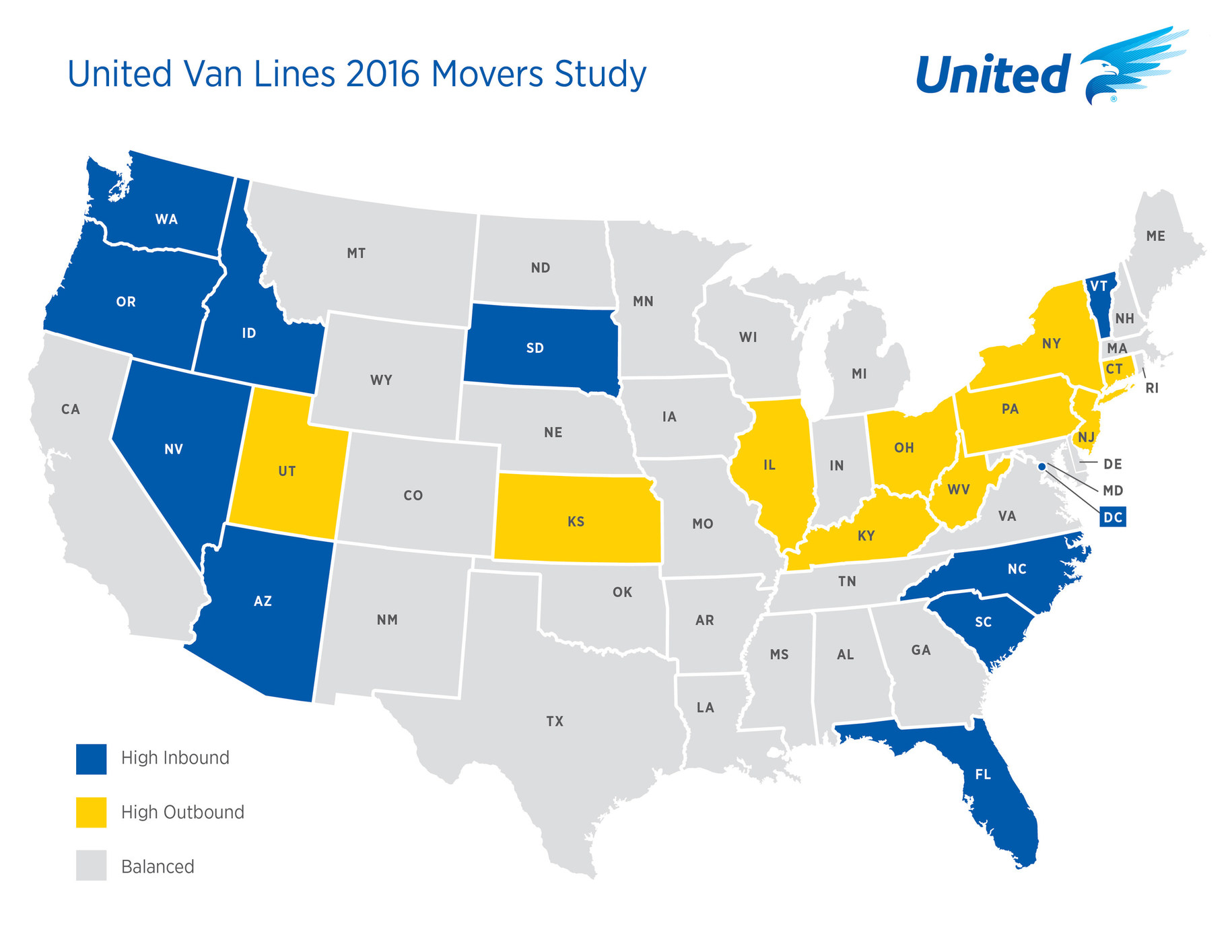 Moving In
The top inbound states of 2016 were:

Moving Out
The top outbound states for 2016 were:

Balanced
Several states gained approximately the same number of residents as those that left. This list of “balanced” states includes California, New Mexico and Delaware. Delaware appeared on the balanced list for the second consecutive year.

Moving out of Northeast and Midwest, and moving into the South and the West. Generally.

I would want to see the actual headcounts that we are talking about for each State though.

Midwest and Pacific West are leading in attracting new employees.

So Midwest actually is doing well. But its retirees are moving out.

“Regions which saw the most inbound moves for company transfers included the Midwest (63 percent) and Pacific West (62 percent). The region with the largest exodus of residents due to finding jobs elsewhere was the southern U.S. (62 percent). Across all regions, nearly one in five of those who moved in 2016 moved to be closer to family.”

Idaho and boise area is great for peaceful/retirement life. Spent my masters life for 2 yrs in boise and really had a blast, who dont like the college towns. Its a great little town with all you need but will get bored out soon for young people. There’s Micron, HP, Albertsons, some other small companies around. I hear a lot of outward migration from california to Idaho/utah/arizona

What do you in winter months in Boise? Hibernate?

Boise is a Mormon town, safe and low crime. Can you ski there? But it lacks diversity. Almost all white and all conservative.

It doesnt snow that bad as a matter of fact, may be a handful of days proper snow. Woke up at noon anyway after working pretty late during the grad school days, didnt bother much. Ski/snowboard and beer. Sunvalley is a very popular ski destination

They also have tri cities as a MSA - Boise, Nampa, Meridian

I met people from Utah, Arizona, but very few from Idoho. People there may tend to stay in their world for generations. But with mountains, it can be a very desirable place just like Switzerland.

Boise is a Mormon town

Mormon town for sure but no way near noticeable as salt lake city, in your day to day life. Lived in Salt lake for about year and half as well, the Mormon capital. So I come from the Mormon towns

check this out about Brigham young where BYU University is named after, https://en.wikipedia.org/wiki/List_of_Brigham_Young’s_wives

BYU has the lowest out-state tuition I know. Actually it’s the same as in-state. They really want to recruit more mormons. So if you know people from overseas want to come study for cheap in the US, tell them about BYU.

Mormon seems not bad. If every city becomes Mormon town, we can have 80% of the police retired.

Mormons are peaceful, low crime, no terrorism, really helpful to each other, no poverty, no drugs, no homelessnes. It seems perfect, isn’t it?

I do not understand the prejudice against Mormon.

I didnt study mormonism in depth but
Pros:
Great family values, responsibility to raise a family
Hardowrking nature, many successful entrepreneurs at a local level since they have to raise big families.

Cons
cannot drink coke, pepsi, alchohol, cant watch R rated movies, Cant have sex prior to marriage, etc etc. BYU doesnt sell coke, pepsi or any other major carbonated drinks on campus, not that they are healthier choice but goes to show how restrictive the religion is.
Night life sucks ( very less permits for bars to open late)
Team mates used to ask how avengers is beacuse they couldnt watch it, seriously :).
Sundays you cant get anything done, car showrooms are closed, most businesses are closed.
Some team mates have upto 6 kids, Pretty hard

Most of the folks in college up until 30s forgo mormonism - they are called jack mormons. When they want to settle down, they start practicising mormonism, get married and settle down. Seems like a good compromise.

Enough of my mormon lecture now.

Suggestions on where to retire in the US… If you're a Californian nearing retirement age and expecting to live on a fixed income, you may soon be facing a big decision: Should I stay or should I go?

Suggestions on where to retire in the US…

You may want to look at the photos and then at your mirror.

You may want to look at the photos and then at your mirror.

Come on, @hanera, Chinese people to work is like bees to honey, that’s all we know and do…but change is coming. 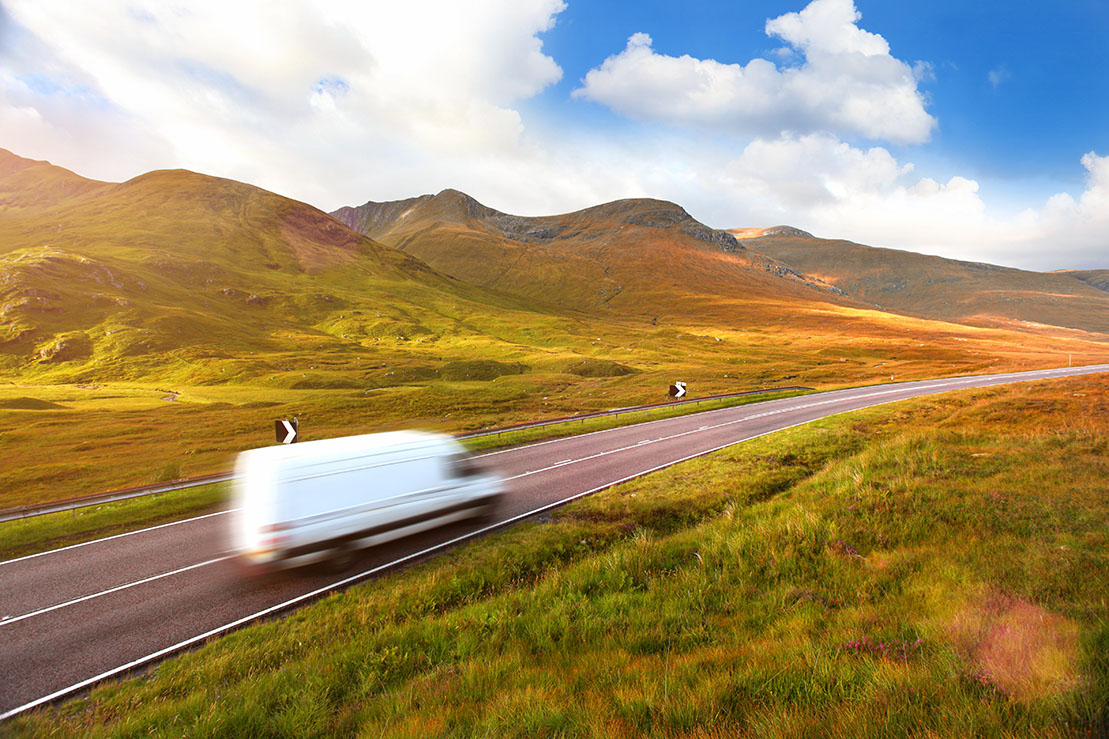 The Top 20 U.S. States with the Most Inbound Population Traffic

Which states are seeing the most inbound population movement? A report put together by long-distance moving service provider Stevens Worldwide looks at the data.

They should rank it by net movement. From an investment perspective, you want to where population is increasing, since that’ll increase demand. 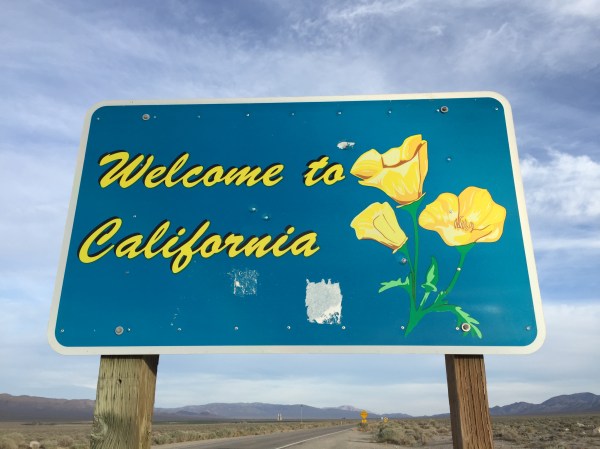 California migration: Where do we move to? What states do we come from?

California is curiously alluring to those east of the Mississippi River.My trusty spreadsheet tells me that fresh Census migration data for 2017 shows California, accounting for its nation-leading …

In 2017, 523,131 people came to California, a tiny 1.3 percent sliver of the state’s 39 million residents. All the Texas lovers should note the Lone Star state was last year’s top source for new Californians via interstate relocation, with 40,999 making the move West.