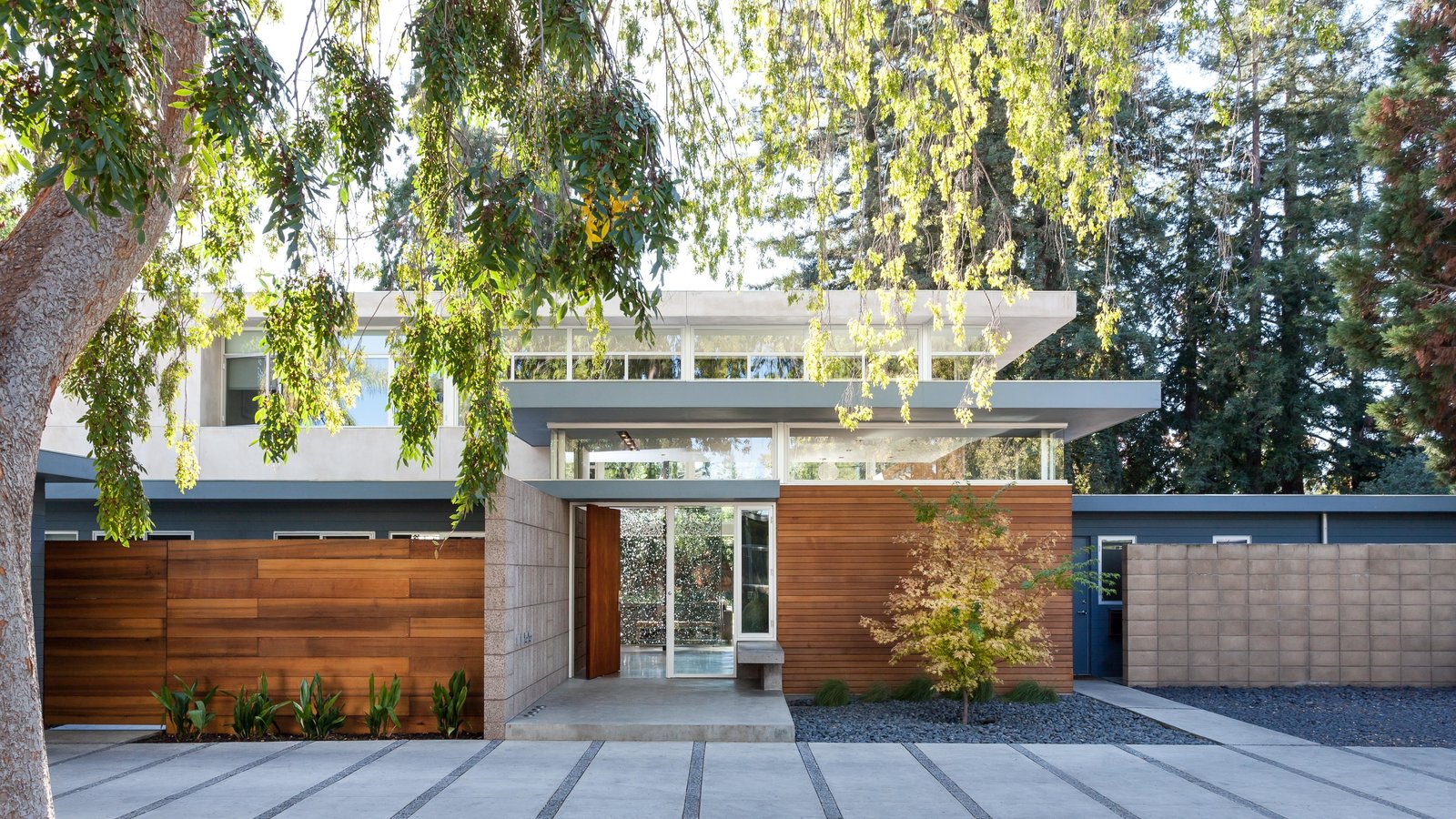 A midcentury Eichler remodel in Menlo Park, California, maintains its key design characteristics. Serrao Design/Architecture expanded the space within the home with a green approach to building. 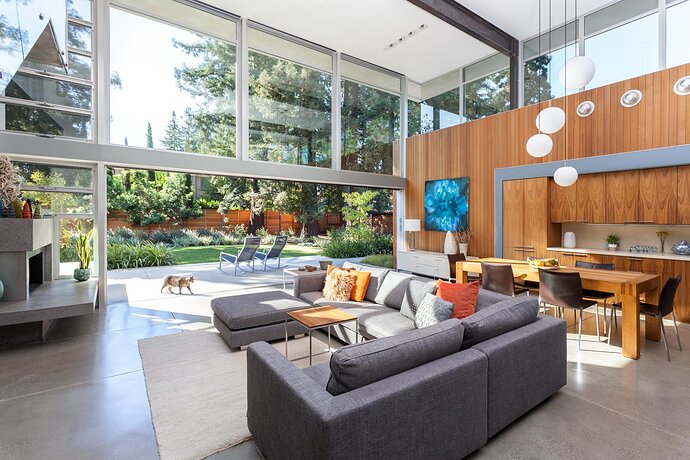 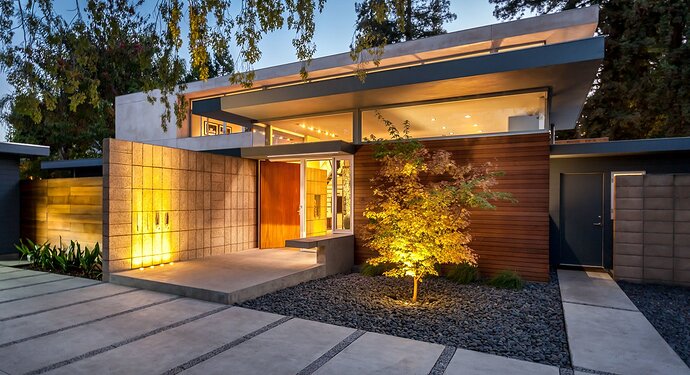 A great improvement, but at what cost? It does have a very boxy feel, like an office or a school (where I wouldn’t mind spending time

The link names it as one “architecturally modest tract home” which was designed by developer Eichler, a non-architect… interesting how the current architects paid tribute to the original plan.

No Eichler left thank god… Why would anyone want to keep the little dark rooms and low ceiling of Eichlers?

That was exactly my thought when I saw the pics. It reminds me of my favorite prefab in Burlingame… 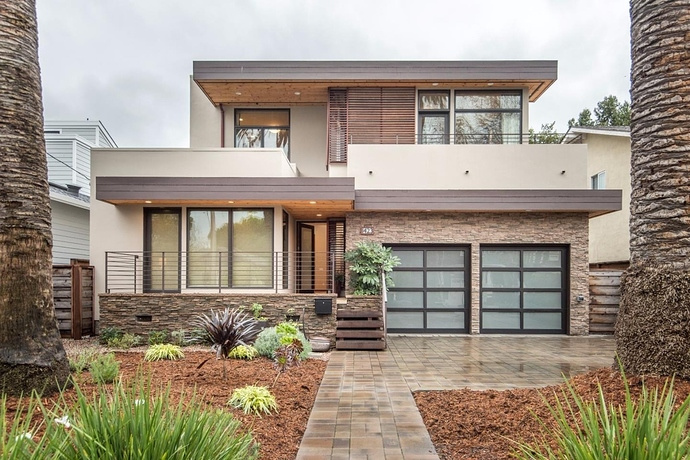 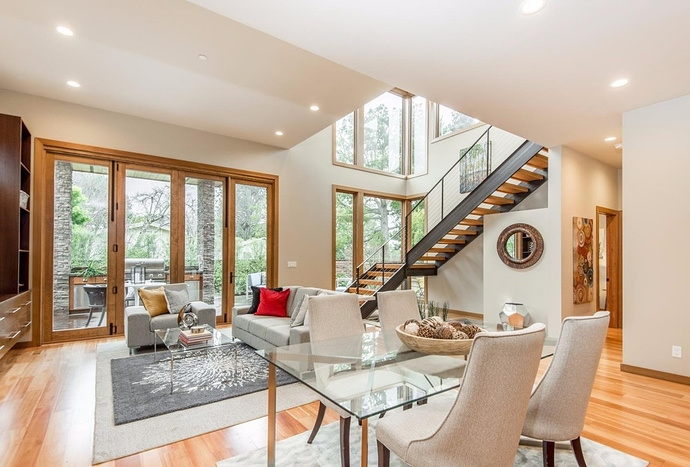 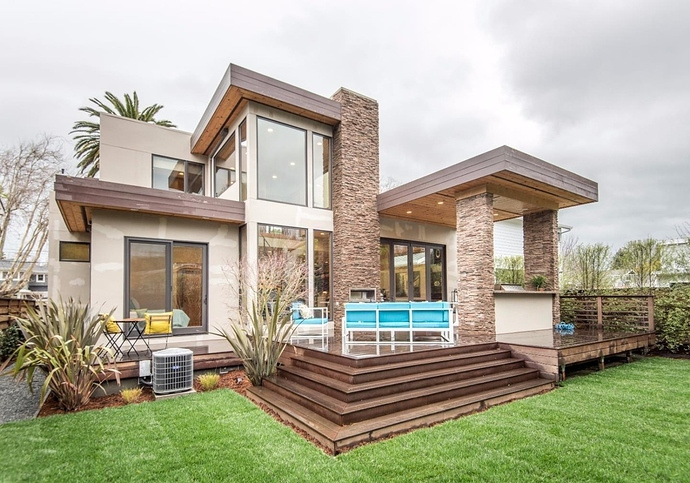 No thank you.
Too many windows, air conditioning and heating must be needed.
I love to walk around my house as the midwife brought me to this world.

What do your kids think of that???..eeewww… lol

Just saw this one that is kinda similar. Know the architect, @Elt1? 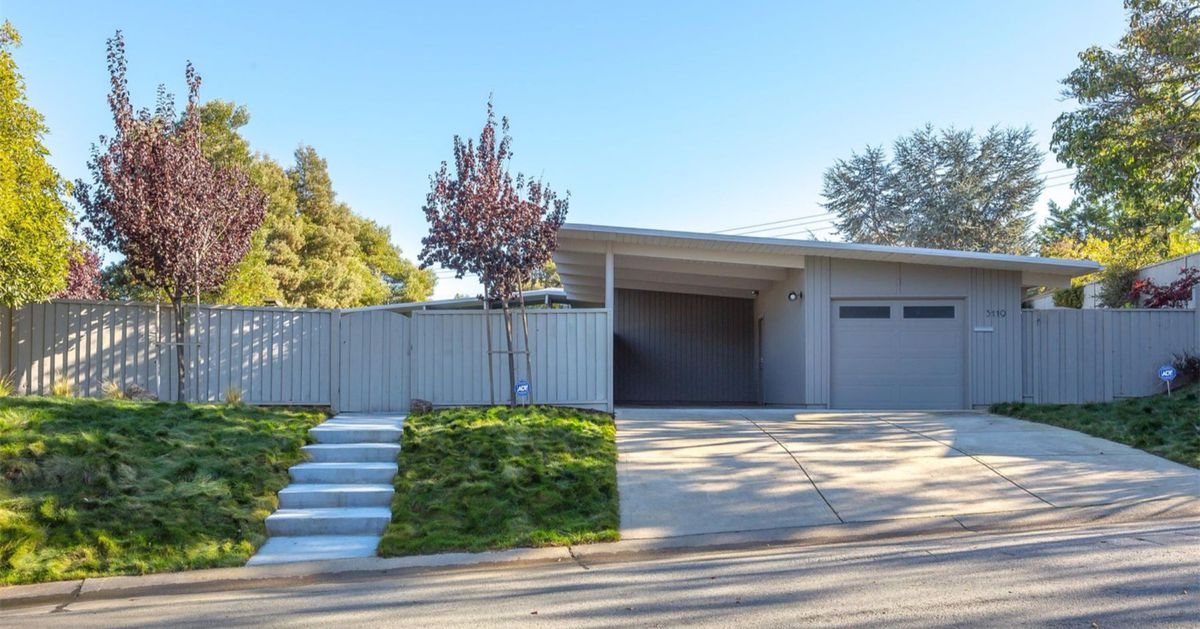 This midcentury modern home in San Mateo was designed by local architect Mogens "Mogie" Mogensen in 1955.

What do your kids think of that???..eeewww… lol

They are taught that nudism is nothing to be ashamed of.

Well, my neighbors across the street don’t think so.

Heard of him… Not bad .
I love L shaped and U shaped houses
Hate the facade… Needs another garage
Carport entry sucks

. The painted ceiling makes all the difference… I owned a similar style home first thing I did was paint the olive green ceilings with shiny white paint… took three coats
I bought my first car from William Wursters daughter.
A piece of shit Vega… I have hated mid century modern architects every since… lol
I worked with John Boyd who was one of Eichlers architects… I have also worked with Marc Mack and got published. Cliff May is another famous guy I worked with… I enjoy his Santa Barbara Mediterranean style.
The mid century guys were in my fathers generation, naturally I rebelled against their style and became a postmodernist.
I personally think the most interesting “architect” I have worked with is Fred Herring. Probably the most outrageous BA designer alive today…

The San Mateo house is alright but the outside is too underwhelming. I know 1.8m is not considered luxury in Bay Area but man, give me something that pops a little ok? It looks too much like a run down school.

At least it has a sloped roof… Upscale compared to Eichlers