I just finished this book by Kai-fu Lee. It’s a great book! I encourage everyone go read it. 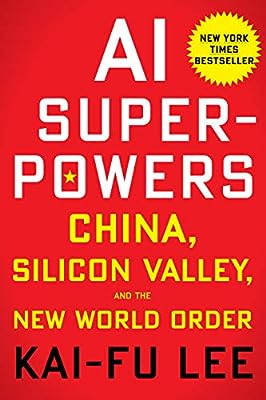 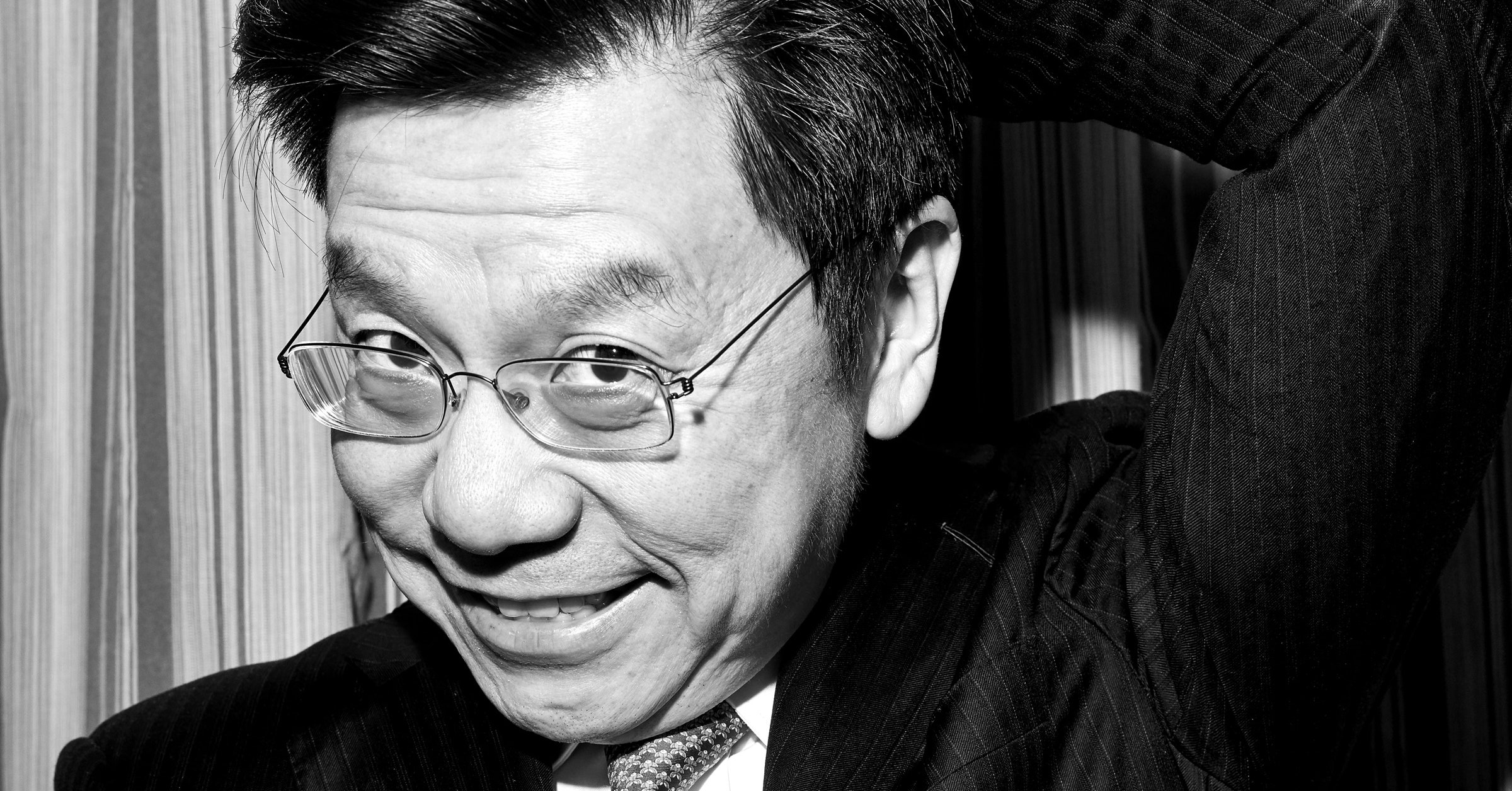 But that’s just one of his many conclusions, and it happens to be a controversial one, that China will jump ahead of US in the implementation of AI. Let’s put it aside for a minute. I want to list some of my thoughts after reading this book. 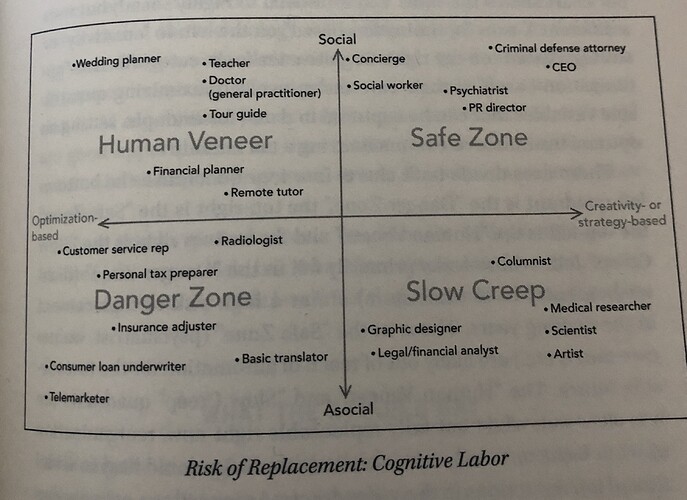 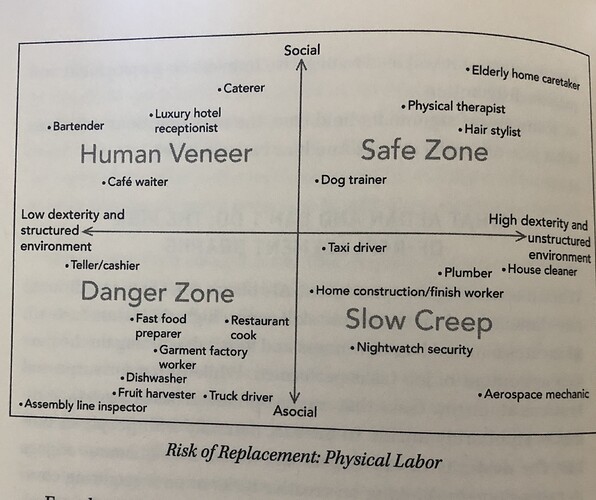 The upper right quadrants in both charts are the safest, the lower left the most in danger. A surprising conclusion is that the US will actually be more susceptible to job loss than China, because Chinese labor are still more involved in the “high dexterity” activities: think assembling iPhones. US has a bigger share of workforce working in front of computers that don’t involve much creativity, think approving loans and processing insurance claims.

It’s much easier and faster to roll out computer programs than installing robots.

In stock market we may see the biggest caps get much bigger than previously thought possible.

As investors we need to increase our bets on Chinese companies.

Get yourself some BIDU

How many times do I have to tell you? Baidu sucks. Go get yourself some Meituan instead.