This building was completed almost a year ago but it’s sitting empty. Speculation was that Apple Car development was to take place here, so maybe the iCar is really dead? 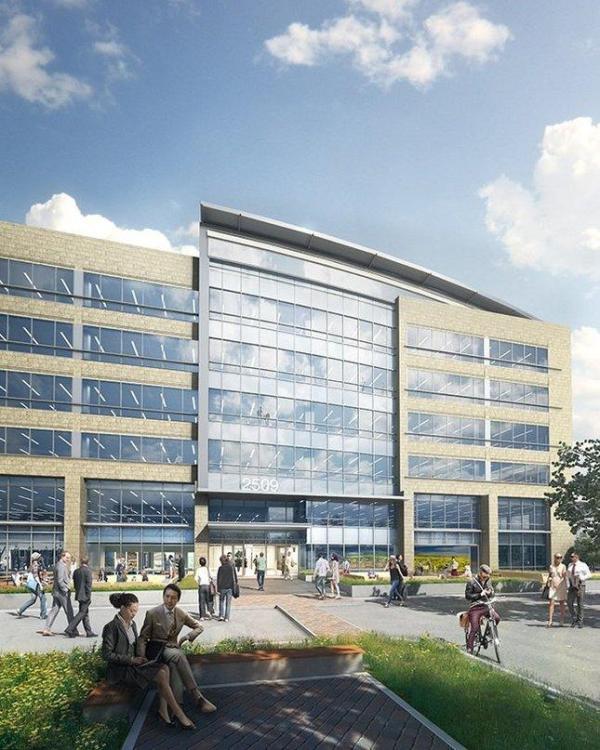 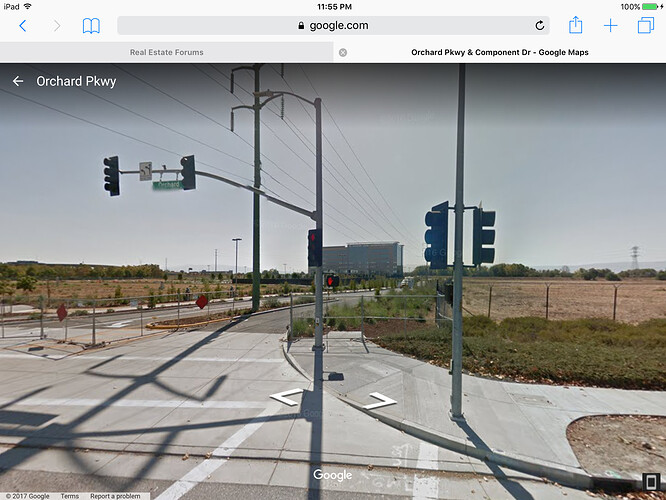 Just looking at the street view at that address, there sure is a lot of vacant land. Guess Apple owns all of it?

From the article: “The various parcels assembled by Apple through earlier purchases are just north of Highway 101, across the busy freeway corridor from Mineta San Jose International Airport. The site is bordered by Guadalupe Parkway, Orchard Parkway and Component Drive. The agreement to be considered by city officials would entitle Apple to develop up to more than 4.1 million square feet of space over the next 15 years. It could include industrial, office, manufacturing and research and development activities.” But for Apple, it would not be a big deal to hold 86 acres for many years

Isn’t the street Atmel drive? I think it was supposed to be theirs. Last time I drove by the apple land, they hadn’t started building. There was a notice of development proposal there for months before Apple bought it.

Atmel moved into a smaller office nearby on Technology Drive. The Atmel building is now empty.

The street leading up to the new Apple building is an offshoot of Component Drive. Atmel Way is parallel and is 0.2 miles to the South.

I agree, Apple is being prudent thinking ahead on future expansion. With 86 acres, Apple can erect the ultimate headquarters, the Apple Death Star.

The Titan Car project was supposed to take place there so maybe this is definitive proof that Apple Car is dead.

If you guys drove around the bay area, you would see Apple owns many pieces of empty or built on land. They are beating HP and Microsoft on that department.

Yea, I think between Google and Apple they own a lot of the older dated office buildings just waiting until they need them.

But we don’t see the usual suspects complaining about these NIMBYs holding these big lots, do they?

Oh, it has to be something the “government” does. OK…

Why doesn’t Apple get into the house building business…The car market is too crowded…Do we really need another car company? ??..Lets face it cars can be built much cheaper overseas…
Housing is a critical need…Techies think they are smarter than anyone…So come to the game, come up with a solution for our greatest need…I dare you Apple techies…Solve our greatest problem using the smartest people…
Prefab, hitech, houseboats, highrise, underground, sky hooks…think out of the box…create housing for all the jobs you created…You helped cause the problem…now solve it…

I bet they could solve it, but unions and local governments will do everything in their power to block it.

Well, Honda, and other car companies are building energy efficient homes. You don’t hear it because you don’t want to.

The biggest NIMBYs in the bay area are the ones not only outsourcing the jobs but holding big chunks of real estate. But the unions, but the board of supervisors, but emails…