If Tim Cook makes an offer to TSLA when it goes down to $150 level within next one year, this will be a major break for both the companies !

Will Tim Cook and Elon Join? a wild Speculation ! If this happens, AAPL will hit 1 Trillion mark !!

BTW: As of today, I do not own TSLA, SCTY and AAPL. Waiting for stocks to go down further !!

Building a car is difficult. All the more points for Elon Musk to pull it off. Chanos said TSLA is walking insolvent. It needs lots and lots of capital to build to scale. So far Elon has been able to con mom and pop to give him the cash. But if the financials of TSLA + SCTY doesn’t improve soon the gig is up. AAPL can then come in buy it for cheap.

I don’t understand the “focus on AI software” angle in the article. Apple has always been a hardware + software company. It doesn’t just do software. In fact a lot of its software is not the best in class. I don’t see how Apple can make a play from a purely software angle. Also Bob Mansfield is mostly a hardware guy.

Actually I think VR on iPhone may prove to be a bigger deal for Apple. Also the Airpod may lead to “computer on your ear” type of wearable. Like the movie Her. Lots of area for Apple to grow. And they are all easier than building a car from scratch.

Apple should not take over now. Like Jerry Young did to Yahoo, Elon merged the loss making SCTY into TSLA. This pulls down TSLA further.

If BOLT is on road before model 3, the TSLA nose dives to half. Apple must pick up TSLA at that time ! Any way, this needs a proxy war like the way Icahn challenges any CEOs.

I was surprised to see that. They could just wait 3 years and buy Tesla in bankruptcy court for pennies the dollar. Tesla doesn’t have enough cash to take model 3 to production or scale up to make 500,000 vehicles a year.

Or Apple can take the Apple TV route. It doesn’t make sense that all the other car firms like Toyota and VW to each do their own AI. So if Apple can provide the brains to these car firms it’s a much more scalable and asset-like approach to cars.

Imagine Apple owning the entertainment + AI driving and gives you a kick-ass UI on your dashboard. That’s the hardware + software angle Apple is famous for. All car companies’ entertainment systems are laughably bad. Even Tesla’s all touch UI is more gimmicky than useful. And you know what you need when you don’t need to manually drive your cars? Entertainment.

For 1) Elon is not so foolish to go bankruptcy court. If he is that much fool, he would have left SCTY as is that leads to bankruptcy. Knowing the issue, he offered 30% price to merge SCTY, masking his loss making unit into TSLA.

Correct, but Elon will call/float additional shares funding in public, there is a possibility he may get it. Wait and see, he will do it.

Elon’s job, like every big guy, is to grab investors cash as much as he can so that he builds his empire !

I think eventually investors will tire of the fund raising, and then Tesla is screwed. They need to raise $3-4B more before 2018 to launch model 3 and make 500,000 cars a year. That’s over 10% of their market cap.

I think eventually investors will tire of the fund raising, and then Tesla is screwed.

Whatever I infer, you have deep dislike towards TSLA and like towards AAPL. For true investors, attachment to any company is not good.

By giving billions of dollars on First day of FB IPO, who got screwed, Mark Z? It is investors and underwriters.

Same way, Elon knows who will be screwed ! I do not own TSLA, Why? I understand what TSLA is doing now.

Better to understand the dynamics as a third party so that we are benefited !

Here is someone’s update (reddit) on SCTY and TSLA. The person posted this is reliable investor.

Just giving this for information purpose.

There’s a lot of discussion about risk that the deal will not be approved. If it isn’t approved, SCTY will head a lot lower.

“Musk is held in such a high level of regard by fanboys” FTFY. 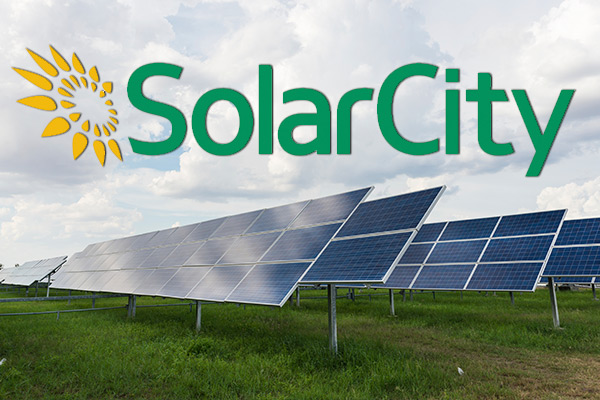 2 Reasons SolarCity May Be Headed for a Power Failure

A downward industry trend and problems finalizing a buyout with Tesla could dim the cash-strapped solar-panel maker's prospects.


“SolarCity is in dire need of cash. It’s already gotten two bridge loans from Tesla and it needs this deal to go through,” said Gordon Johnson, an Axiom senior analyst, told Real Money this week. Axiom, in its June 28 report on SolarCity, estimated the company was quickly burning through its cash and would likely fall to near zero, or $1.4 million, by the fourth quarter. As a result, some Wall Street watchers have been whispering the “bankruptcy” word as it relates to SolarCity.

In placing the odds that Tesla’s SolarCity acquisition will go through, Johnson is currently giving it 50-50, down from his previous estimate in June of a 60-40 chance, he said. Axiom currently has a Sell recommendation on the stock and a $7 price target. Johnson noted that price target takes into account a failed Tesla buyout of SolarCity and represents less than half the value of its closing share price on Tuesday of $17.06."

I just see Tesla for what it is. Miss the quarter and raise the guidance. Raise more money after giving the bullish guidance. I’m not sure why investors actually believe the guidance and bid the stock up on it. That would only be logical if the company consistently hit it’s guidance.

I just see Tesla for what it is. Miss the quarter and raise the guidance. Raise more money after giving the bullish guidance. I’m not sure why investors actually believe the guidance and bid the stock up on it. That would only be logical if the company consistently hit it’s guidance.

Retail investors are mobs. Recall GTAT? Everybody believe CEO’s hype that it would make a killing from manufacturing and selling sapphire to Apple. GTAT supports that with furiously employing people paying them 50-100% more and make them work round the clock. What is it worth now? Zilch, zero, 0.

I’m not sure why investors actually believe the guidance

It is open secret that Tesla will not deliver what Elon promises. This means that investors are not believing guidance.

They believe in the invention, which no company able to match even after many years, he made !

Of late, Elon becomes crooked and trying to mess with TSLA and SCTY. He has no other way to hide SCTY loss making unit ! This makes the stocks to dive down now ! Good, I will have one more chance to make money with TSLA !