Slight caveat: it counts the number of people born in India, not people of Indian heritage.

Descriptions for the PUMA numbers

The opposite, places with the smallest number of people born in India: 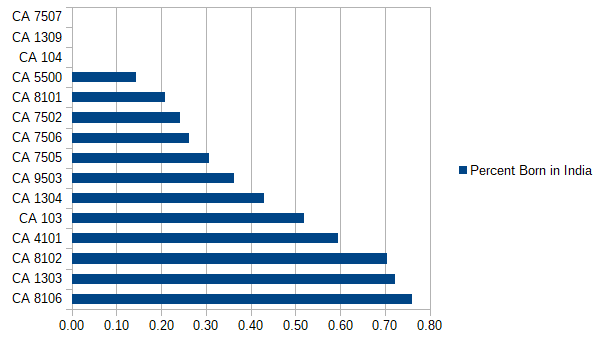 Descriptions for the PUMA numbers

Good one dude!! Got same stuff for Filipino, chinese and hispanics? Post it away

I would think so. I didn’t examine the quality of this source closely, but take a look at the elementary age cohort.

They don’t break out SEA vs SA, but it’s mainly SA.