Trumpovich is using an alias, DAVID DENNISON, which is now a joke in the entire world. We have a president that is so dirty, so despicable, so unchristian.

What bothers me is to know there are women here who are defending this filthy person. The thought of you guys supporting such a menace to our kid’s educational life puts me in a state of shock. Melania is not my favorite, I despise her too, but I believe that anything related to the sacrosanctity of the matrimony is a point the conservative people have made their toughest point of view on anything they do and want everybody to do. Now, they are consenting to all this crap destroying the moral of a marriage.

Do you do that? Do you cheat 3 times, to 3 spouses? Really? I know most of you guys are Asians, and I know the opinion that you are so tough on keeping your marriage clean, full of love, forever. Why are you renouncing to such standard?

Have some shame for Christ’s sake! 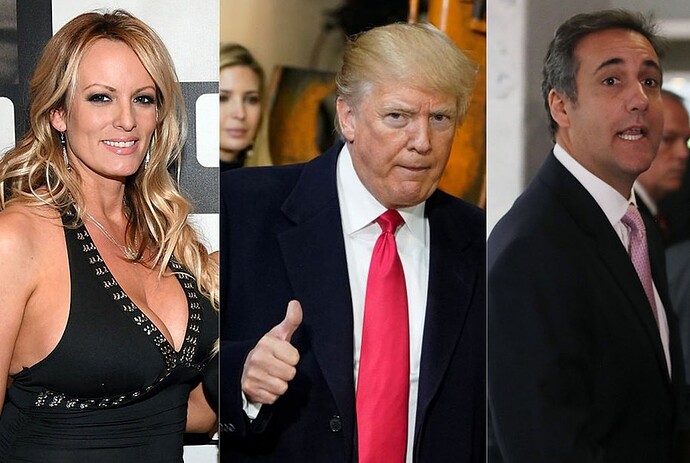 Um… this is just… I can’t even… oh, goodness. Whatever you do, don’t take any sips of ANYTHING before reading the cover sheet of Friday’s new court filing from Donald Trump stooge Michael Cohen in the Stormy Daniels case. (AND...

I would believe a…wait! I can’t believe I am saying this, but I am going to put my scruples aside and believe a lady working as a…well…porn thingy.

A polygraph exam taken by adult-film star Stormy Daniels in 2011 supported her account of an affair she said she had with Donald Trump five years earlier, The Wall Street Journal reported Tuesday.
The newspaper obtained reports of the exam, which Daniels took on May 19, 2011. The polygraph showed she truthfully said she had unprotected sex with Trump around July 2006.
She also said Trump told her she would get on his television show, “The Apprentice,” but the accuracy of that answer was inconclusive.