Did people you personally knew lose everything in the real estate bubble crash of 2008-09?

Saw this post from Michael Cheng (the dude who tried to one-up Nancy Pelosi) over at Quora. An interesting read. 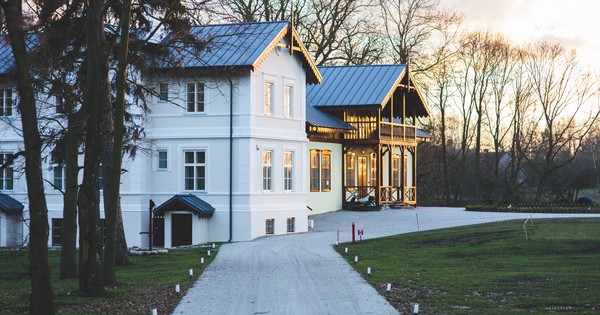 Did people you personally knew lose everything in the real estate bubble...

Answer (1 of 5): Yes and he was one of the last people I’d imagine. In the heady final days of the 2002–2007 housing bubble, I had many meetings with my local Citibank’s branch manager. Our business relationship had been solid for over 20 years,...

Yes and he was one of the last people I’d imagine.

In the heady final days of the 2002–2007 housing bubble, I had many meetings with my local Citibank’s branch manager. Our business relationship had been solid for over 20 years, ever since my parents started a business account with Citibank in the 1980s. Now, he often came by my office just to shoot the breeze, but not about his banking products like all branch managers are wont to do. He wanted to chat endlessly about real estate.

He had been in the financial world for over 20 years and I had only recently graduated college with a non-relevant neurobiology degree so I humored him and listened in rapt attention. If nothing else, his exposure to hundreds of small local businesses gave unique insights into the local tech economy.

He told me about his grand plans to acquire a dozen rental properties throughout the Bay Area via all the leverage possible through easy mortgages being offered. Since he was the branch manager at a bank, I didn’t doubt his read on the situation. He saw his clients getting rich in real estate and figured he might as well do the same. Plus, he wanted to retire early in his mid 50s so he could take it easy with his wife who was immune compromised and home bound.

Well, he made good progress, buying up 5 homes, putting down just 10% each and refinancing more equity out to buy the next home every 6 months as home prices rose. I had no idea the housing market was going to crash soon, but I had a gut feel that 90+% financing wasn’t a great idea. The debt service demands was too high for the rental income and any small correction could wipe out that 10% in equity.

I had gotten myself 3 rentals by 2004 but kept my leverage to less than 60%, which limited my purchasing power in 2006–2007. I figured I may not make as much, but I could at least sleep soundly. Still, after all his endless hounding about pushing for more, I caved and got my 4th rental, a real money pit, in Florida.

By early 2007, the housing market was starting to hiccup and I was a bit nervous about my latest investment, which was already hemorrhaging. So, I girded myself and tried to save up as much reserves as I could to ride out what I thought would be a dip in housing. At the same time, the branch manager continued to push and buy more at what he considered to be bargains when the market softened.

He would look a bit frazzled when he came by for his visits but he always struck an upbeat tone. Little ole me tried to caution him about saving for reserves and maybe offloading a few over-stretched homes. Since I was just a kid, he didn’t bother with my little advice.

From there, I took off for two years to get myself through business school. During those two years, my worst fears came true and then some, wiping out about 70% of my net worth. I really sweated through those years, but I survived and managed to hold on to my properties.

Meanwhile, the branch manager had to walk away from all his properties as he went under water in months, well before the worst of the housing crisis hit in early 2009. He had to file for personal bankruptcy. During the turmoil, the bank fired him from his branch management job as he wasn’t focused on the incredibly heavy lifting needed at the bank during the housing crisis. I believe Citibank partially blamed him for some of the mortgage and business losses at the branch. He lost his pension as he was fired before he qualified for full retirement. Eventually, he got ill from the stress and was stuck at home with his wife, living off his remaining retirement savings.

I lost touch with him after 2008 so I don’t know what happened to him, but if there was an example of someone getting catastrophically wiped out by the 2008–2009 housing bust, it was him.

It was painful. I was retired and investing in commercial development. Almost all my deals went bust. Learned a lot about what not to do.

…he wanted to retire early in his mid 50s…

Well, he made good progress, buying up 5 homes, putting down just 10% each and refinancing more equity out to buy the next home every 6 months as home prices rose.

Many Singaporeans did this in the heady years of rapid property price increases. Bye bye.

How can it be bubble when so many RSU rich Californians settle in Austin for the past few decades and more are expected to come.

Or a new Bay Area…

I personally know someone who lost heavily (maybe everything) and died by suicide.

I bought my primary in 2006 which was an old house. We moved in without doing much work other than ripping out the green carpet and some minor painting because we were planning to tear it down and build a new house. House was largely original with steel windows that didn’t close well. I had some ambitions to become a general contractor at that time so I took a class to learn the stuff. The class was not for becoming a general contractor. It was mostly for showing what the process looks like for a homeowner who wants to build a new house with the help of a GC. There were about 20 of us coming from various backgrounds and the instructor was a GC with active projects going on which we visited on field trips. One of my classmates was a builder himself and he was working on a 4-house development in Cupertino. He was a great older guy, very humble and very friendly, and he did share with us the name that he chose of the new street in his new development. We were all congratulating him and envious at the same time.

After the classes finished we had some communications over email but generally lost touch. I ended up not tearing down my house but remodeled and expanded it. I ran into one of my classmates years later and she told me this guy died by suicide after losing the development to the bank. She didn’t know the details of how he lost it either, but she went to his funeral along with a few others from the same class. I was very much in shock hearing that since I thought he was close to completing his project when we took the class so he should have been out already before the crash.

Ok I changed it. I am not a native speaker and I was not aware of this difference. Thanks for pointing that out.

I didn’t know the difference. Thanks for letting us know.

no worries! Just trying to spread awareness any way I can, thanks for updating!