Early Rush: Bay Area Traffic Significantly Up During 4 AM Hour 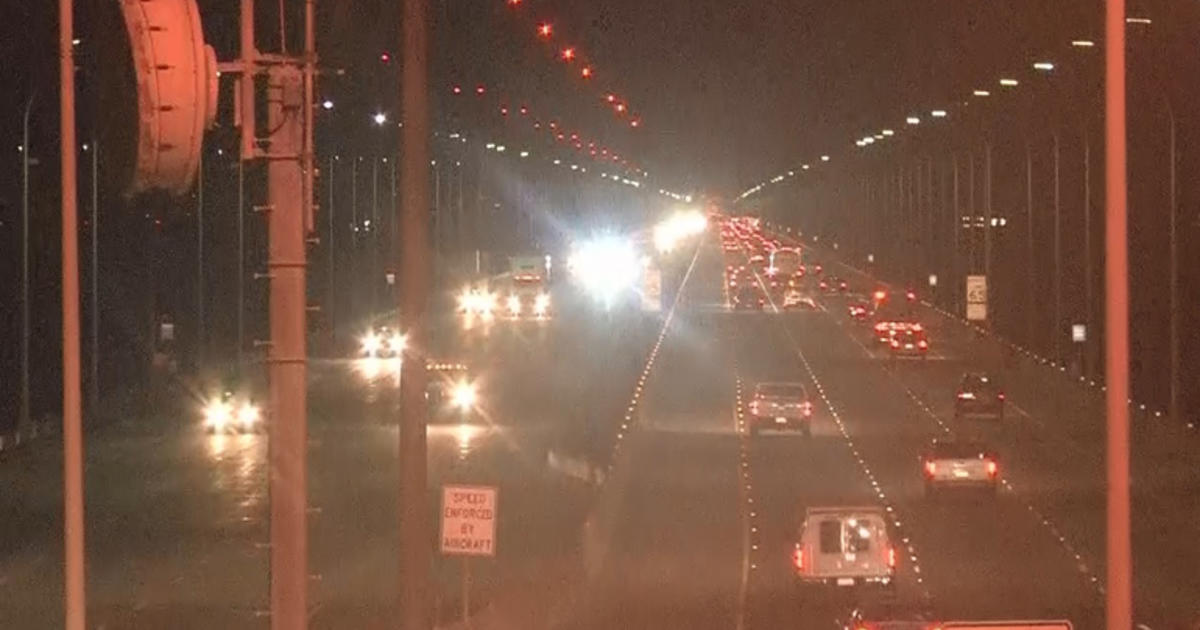 Early Rush: Bay Area Traffic Significantly Up During 4 AM Hour

New data from the Metropolitan Transportation Commission suggests you may have to set the alarm even earlier.

The latest numbers show 33,000 more vehicles at the Bay Bridge toll plaza in the 4 a.m. hour in June of this year compared to two years ago. In the 5 a.m. hour, it was only a 7,000 vehicle increase. 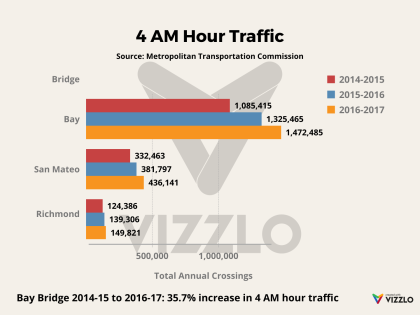 Henderson blames the early wake up calls on the housing crunch.

“You work in servicing a Google, Facebook or a Twitter or some Financial District building, and it needs to be cleaned before 8 a.m. You can’t easily change your housing, so people get locked into these long, arduous commutes,” Henderson said.

The earlier commutes could prompt transportation planners to consider things like 24/7 carpool lanes and tolls, just like they have in Los Angeles.

Yeah We know someone who drives from Fairfield to peninsula. That’s when he’s driving.

The reality is that the beauty of a town is affected by the unstoppable love for exploiting the housing needs of people. Ain’t funny when you move in a town, to years later see it turned into a sky rise building scenario or see the big high tech guys building their mother ships taking space for housing.

Whatever solution there is to traffic, it doesn’t include increasing the number of homes available to people. Either the local traffic gets clogged, or the freeways.

We are one too many people living like sardines. The FBs, Googles and Apples need to think better, build your darn job sites on the east bay or somewhere else. Balance the wealth among various locations or towns.

I don’t think they need an umbilical cord to attach it to every building they have, right?