Since I am so bullish on prefab, I thought I would start a new string dedicated to prefab so that folks looking up info on prefab can reference this dedicated string. To tee it off, here is a deeper dive into that Stanford professor’s net zero home that is quite nice that features probably many prefab elements/techniques that will hopefully trickle down to more modest mainstream dwellings one day.

I drove past one construction site near my house the other day and suddenly noticed that there is a new house already up on the lot that looks like it’s almost finished. I remember the work at that site started not long ago and they probably just finished foundation (with no basement). I backed up my car to the site and found a sign posted with this link: Connect home | Introducing the next generation of housing

The house is one-story and looked boxy, but pretty nice from the outside. I plan to walk by some time and see if I can see the inside of the house. When I have some pictures I can post here.

So people are indeed doing it.

Yeah, those are indeed pretty boxy in design. Hey, since it is close to your house maybe you might get a chance to talk to the owner one day to get some info too. Thanks!

The company's clever joist-locking system means you can have large window walls, without costly steel assemblies.

Efficient homes are likely to be boxy because that is a major element of efficiency – maximum usable volume for minimum surface area. I mean, a sphere has more volume per surface area but the volume is less useful.

They also have to fit (portions?) on a truck, right? Trucks are shaped like boxes.

Agreed, but as the industry scales up, one hopes some creativity and more customization is available. Not everyone likes the current look of the offerings, how’s that…

When the pricing comes down, what is there not to like?

High-End Prefab Homes That Are Easy to Assemble

AVAVA Systems from California has recently unveiled Britespace, a high-end, prefab home that comes in a flat pack and is extremely easy to assemble. It’s also made of sustainable materials and has impressive seismic strength. It comes in three sizes,...

Not too “boxy” for you (which is a common complaint at this point in the game)?

Boy, built onsite in one day!!! And supposedly 20% less than for a comparable non prefab build…

The IKEA way of home building is evolving before our very eyes!!! 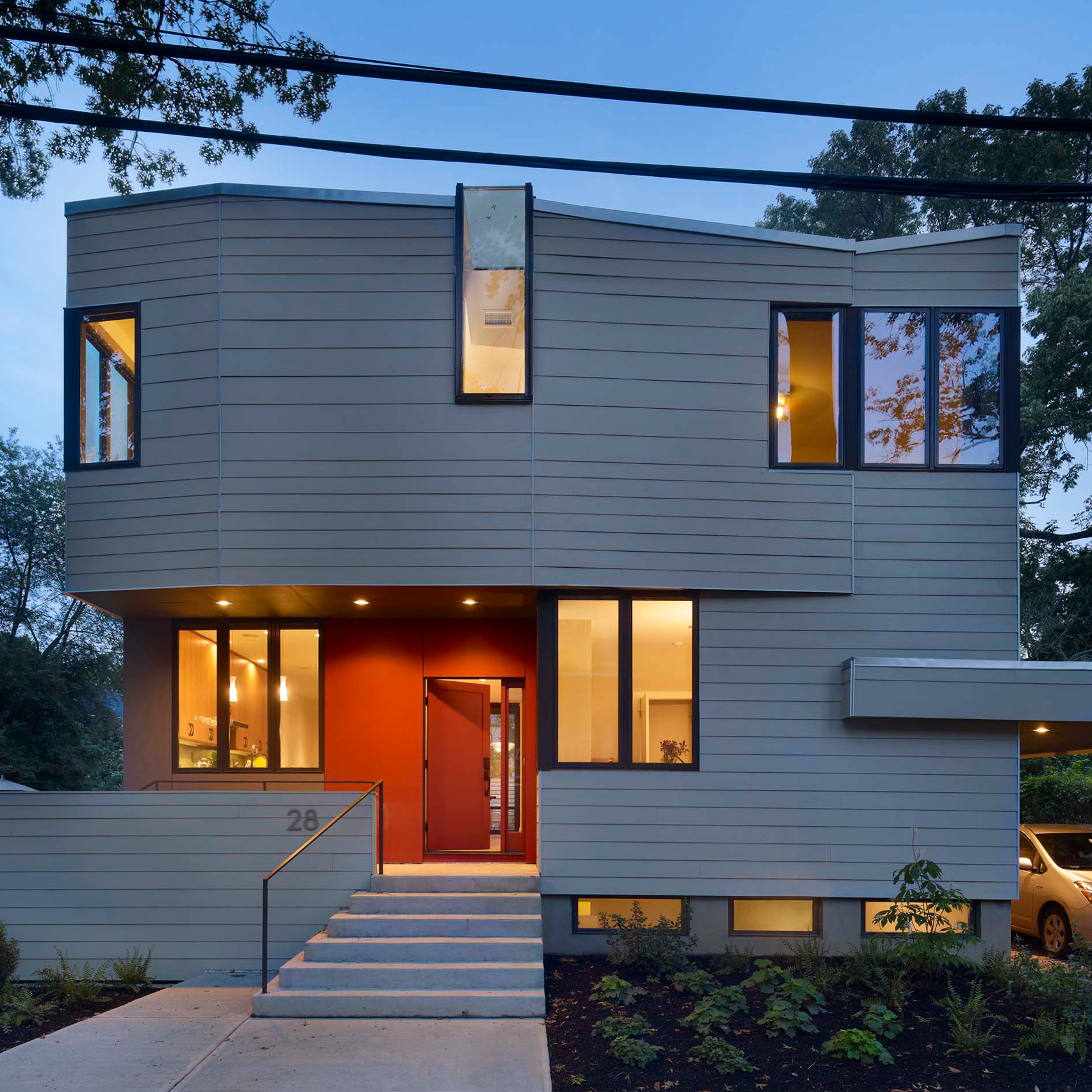 Prefab house in Princeton built in one day

This prefabricated family home in Princeton, New Jersey was made as an "experiment" to provide high-quality residence that is sustainable and affordable

Took a month to build in the shop…In Texas a stick built house can be built on site in a month…In effect a factory in the field…Construction technology is not the issue…Permits and approvals are the issue…Takes a year to get approved in the BA…In South Lake Tahoe it can take 5 years to get a building allocation. .Builders just dont want to be bothered. …The building business has too much inherent risk, all caused by government policy…Get rid of government bs and innovative cost cutting time saving techniques will thrive. …Just like in Tech where government is too stupid to interfere. …I could easily build in Tahoe, flat lots, simple house designs…But as a experienced builder my time is better spent buying and flipping. .Faster returns, no government interference with its implied risk and much higher IRR…SLT only allows 18 new houses a year…I could easliy flip that many by myself…The TRPA has in effect closed down the building business for the last 40 years…This of course has created an opportunity for flippers…Lots of tired old crappy houses…Houses really are designed to last only 30 years…At that point everything needs to be redone…I am buying any house that needs work and will yield a 6 cap or above. .Dont even need to extensively remodel. .Just let the market rise and get better returns than new construction. .new huse builders are happy with 10-20% returns and end up being on the hook for 10 years for liability. …Plus a builder has to pay ordinary not cap gain tax.

This is the trend of home building. We are not going back to horse and carriage…

America already has a developed pre fab industry. .Manufactured homes come in many variations. .Problem is most cities don’t allow them.
Learn the difference between mobile, modular, manufactured and prefab…Cities dont want trailer parks. …But houses can be made just like trailers…no problem…the cheapest wat to build…Blu homes and others say they are innovative. .But nobody can build cheaper or faster than the mobile home industry.

Visit Champion Homes to learn more about today's prefab modular homes and how you can play a part in the design of your next home.

Sure, red tape is always a problem but something has to give and don’t the laws of economics eventually win out in all things? If prefab construction can pencil out, jurisdictions will have to consider it and allow it. I mean, I am just reporting what is happening in the field as we see improvements in turnaround times and hopefully cost, yet you want to hold back the tide with a sand castle. Good luck with that.

Champion has been around for 6 decades…Modular is not new…But how come every mass builder like KB or Toll brothers still stick build? Because it it is cheaper and faster…bottom line…Infill is a whole other issue…But infill will never solve the housing shortage in the. BA…only allowing higher density condos and apartments. .3 story min height limits R2 zoning…Teardown Eichlers and build condos. …not going to happen in my lifetime. .

Champion is one of the largest prefab builders in the country. …mainly mobile homes…But with 4400 employees thay are a small fraction of an industry employing millions…

Champion by the numbers

Among manufacturers, Champion is one of the most storied — our company was founded in 1953 as a single facility in a small town in rural Michigan.

We’re one of the top builders of manufactured and modular buildings in the world, with 28 facilities located throughout North America and Europe.

The American builidng industry is highly fractured…Horton the biggest builder only built 37000 homes…A small portion of the 1.2m nationwide. …

D.R. Horton, Inc. is a home construction company incorporated in Delaware and headquartered in Arlington, Texas. Since 2002, the company has been the largest homebuilder by volume in the United States.The company ranked no. 194 on the 2019 Fortune 500 list of the largest United States corporations by revenue. The company operates in 90 markets in 29 states. D.R. Horton operates four brands: D.R. Horton, Emerald Homes, Express Homes, and Freedom Homes. Express Homes is tailored to entry-level buy...

When are we going to stay in a canister?