FED not raising rates...Take your call

Looks o me, FED will not raise the rates soon as they have not done today. Usually, they do not raise rates when elections are near by.

Last three months, I see some flat prices or reduction in prices. Looks to me great opportunity to buy again.

I think the FED not raising rates is a neutral move for real estate and probably speaks to the fragility of the global and US economy that we can’t handle even a minor rate increases. The FED overdid it with QE and we are in bubble territory. Question is will they pop the bubble and let the market reset or try to maintain it will additional stimulus?

After the election, they will likely be more aggressive with either stimulus or tightening actions. A round of stimulus (quantitative easing or lowered rates) generally means higher real estate prices on the horizon. Tightening (increased rates) makes borrowing money more expensive for businesses and home buyers and would lower prices.

Interest rates have been fairly low for awhile now so anyone with a steady job and enough down payment ought to have bought in by now. With so many people working and making good money in this area and not to mention the foreign investors to this point, home prices have really skyrocketed around here and unless you have an inside edge (pocket listing) it is tough to win out unless you way overbid. My understanding is that there is a tad more inventory which should help buyers but again the nicer homes that have potential are going to be expensive. Buyers are savvy and know when to go all in. While I was thinking about buying another investment home, my stomach can’t handle the prices and another property tax bill.

It will never happen, but I would love for the IRS to ease up a tad on the tax laws with respect to investment property sales. It would certainly increase housing stock for sale and thus possibly lower overall pricing levels. I am sure a lot of people are like me, they can’t or won’t sell because of the capital gains tax they would pay on a flat out sale and they simply don’t want to exchange into a larger/more expensive property. Some of us do just want to enjoy the fruits of our labor all those years.

I don’t think they’ll raise them before the election now. They won’t want to raise them too close to it.

Vanguard Published This after Last Dec Hike.
They are perfectly right… Sorry for long message…

In mid-December, the Federal Reserve raised
the target federal funds rate by a quarter
percentage point, to 0.25%–0.5%. The move
marked the first change to the near-zero
interest rate policy put in place during the
Global Financial Crisis that preceded
extraordinary levels of stimulative action
by the Fed.
…

Still, not all economic measures have achieved
the Fed’s goal. Core inflation, which excludes
volatile prices from such sources as energy and
food, is in its third year of running below the
Fed’s long-term target of 2%. As discussed in
Vanguard’s Economic and Investment Outlook
for 2016 (available at vanguard.com/research),
policymakers are likely to keep struggling to
achieve 2% core inflation over the medium term.
However, some deflationary forces are beginning
to moderate, including commodity prices and the
“slack” labor market (more workers than available
jobs). Inflation trends in the developed markets
should firm up, and even begin to turn, this year.

Rate hikes may be gradual

Despite the attention paid to the timing of
interest rate increases, we believe it’s more
important to focus on their pace and where the
rates stop. Vanguard’s economists expect the
Fed to make more measured, staggered rate
increases than in its previous tightening cycles,
especially given the mixed global economic
environment.

“The shallower trajectory for the federal funds
rate is likely to include an extended pause,
perhaps at 1%, so the Fed can reassess how
vigorously the economy can withstand higher
interest rates,” Vanguard Global Chief Economist
Joseph Davis said.

If this view proves correct, real interest rates—
the rate investors can expect to receive after
adjusting for inflation—would remain negative
through 2017 and only gradually normalize in a
global environment not yet ready for a positive
real federal funds rate. This would result in what
could be called a “dovish tightening.”

“Unless a stronger-than-expected acceleration
in global growth and/or inflationary pressures
emerges, we believe that long-term interest
rates, such as the 10-year Treasury yield,
may be hard-pressed to exceed 3% over
the foreseeable future,” Mr. Davis said.

Jil you have been predicting rate increases for years…hasn’t happened. .in fact deflation may be a bigger concern and is far worse. …already we have negative rates in Europe and Asia…of course the Macdonald’s index shows inflation. . $5/Big Mac…$2 just 3 years ago…but wage inflation is almost non existent. .except in California with its $10 going to $15 min wage… $10 big Macs? Already $20 for a 8 piece bucket of KFC…was $10 3 years ago

Everything is relative, right? I am sure there are members on here who remember or even had one of those 1970s conventional mortgages where the interest rate was in the DOUBLE DIGITS!!! Sure, we would have to adjust for the change in relative home pricing from then to now but still. Imagine that. My point is, rates today are generally speaking historically great and one should try to take advantage of them if possible. The hard part is, and I agree, is the high home pricing and intense competition. All I know is, when the economy collapsed and home prices/rates headed south if you were one of the folks sitting on the sidelines and could have bought in and didn’t you really did miss out.

My point is, rates today are generally speaking historically great and one should try to take advantage of them if possible. The hard part is, and I agree, is the high home pricing and intense competition.

For an investor, I can see the low rates being ideal.

My question (in theory–please separate this from “you should buy asap in the Bay Area”), is wouldn’t buying during higher rates be better for most families? If the house price tends to adjust for total mortgage payout (ie, higher interest rates lower house prices because people can only pay a certain amount), then if a family buys at a high interest, lower house price, and if they are able to pay off the house more aggressively, they save money in the long run. They also have the ability to refinance down the road if rates lower. Seems to me people were emotionally burned by the high rates, but that if the higher rates meant lower house prices, they should’ve been happy in the long run as they had the opportunity to reduce their mortgage after a couple of years through refinancing and extra payments on a lower house price.

Jil you have been predicting rate increases for years

Had they increased yesterday, we will get into issue and another opportunity to buy. Now, I am moving all my money to stocks. I have been buying today heavily when market dipped nicely.

Stopped refinancing and asked them to provide me pre-approval. Readying next possible RE buy.

Oh, wow thats pretty bold move. Dont you think they will increase in end of year as well?

I meant the interest rates? Is it better to buy now instead of wait?

My question (in theory–please separate this from “you should buy asap in the Bay Area”), is wouldn’t buying during higher rates be better for most families?

Needless to say, we live in a very unique spot where demand far exceeds supply. First of all, there are a lot of people, here and foreign, who simply have a lot of money and in CASH so interest rate levels may not play as big as a factor as perhaps other areas. As a result, I don’t believe home prices here are going to dramatically go down with a bump in rates. Sure, it will stop the average joe like me who then has to really crunch the numbers to see if it makes sense to buy or not.

Someone please post a historical stats that show raising rates cause home prices to fall. Hint: you won’t be able to do it. I’ve plotted it before. Home prices go up when rates are being raised. That’s because rates are raised as a lagging response to inflation. Inflation = home prices have already gone up. 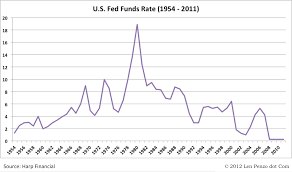 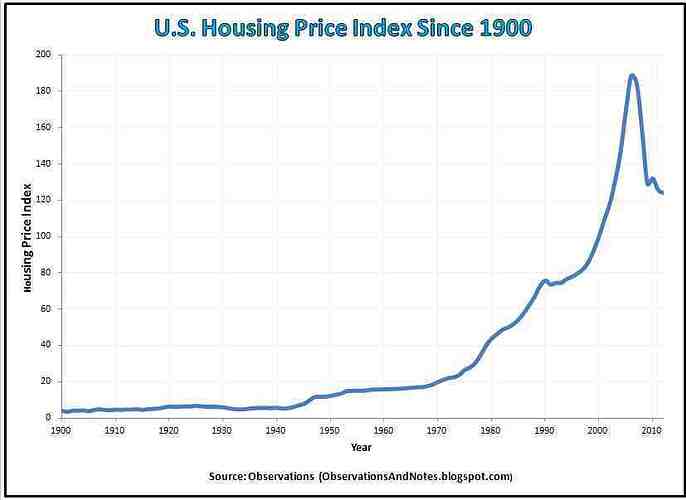 I’m a bit confused I must admit.

Don’t you think you really have to look at it on a regional area basis though? I mean, some place like here where it is very desirable so rate bumps are not felt as much will probably have way different results from say an area like Merced.

Rate cuts started in September, 2007 and went until December, 2008. Home prices fell off a cliff. They didn’t bottom until 2012. Rates were rock bottom for almost 4 years, and home prices were decreasing the whole time.

The odd part about this cycle is they’ve continued to leave rates low for so long.

First of all, there are a lot of people, here and foreign, who simply have a lot of money and in CASH so interest rate levels may not play as big as a factor as perhaps other areas. As a result, I don’t believe home prices here are going to dramatically go down with a bump in rates. Sure, it will stop the average joe like me who then has to really crunch the numbers to see if it makes sense to buy or not.

. If you’re average, I would be below average.

If you’re average, I would be below average.

Wait, didn’t you say previously you were retired, hanera? Me not retired the last time I checked…

Housing prices are affected by wage inflation. …The rise in min wage will affect low end areas outside the BA…When min wage went from $9-10 in Ca it drove up rents and low end areas like Stockton…the push to $15/hr will drive up low end prices…min wage increases push up wages across the board