Foreign buyers in decline, home price still go up. This is a proof that local demand is the dominant factor for home price appreciation. 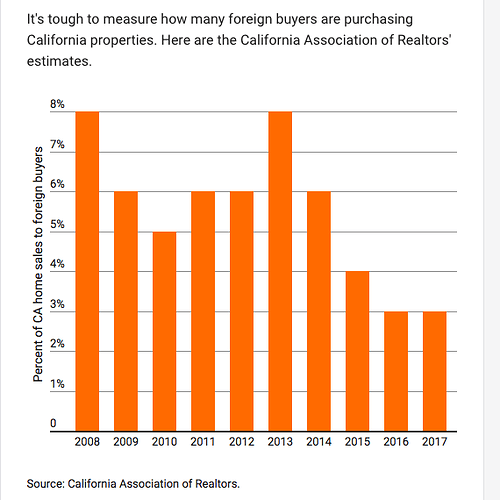 Data dig: Are foreign investors driving up real estate in your California...

The percentage of California single-family homes bought in all-cash transactions has climbed in the past decade from 10 to 25 percent—and many of those are investors from Asia. That means a quarter of California’s extremely tight housing inventory is...

More like local buyer: hodl in case it crashes. 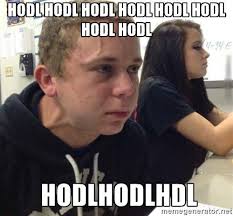 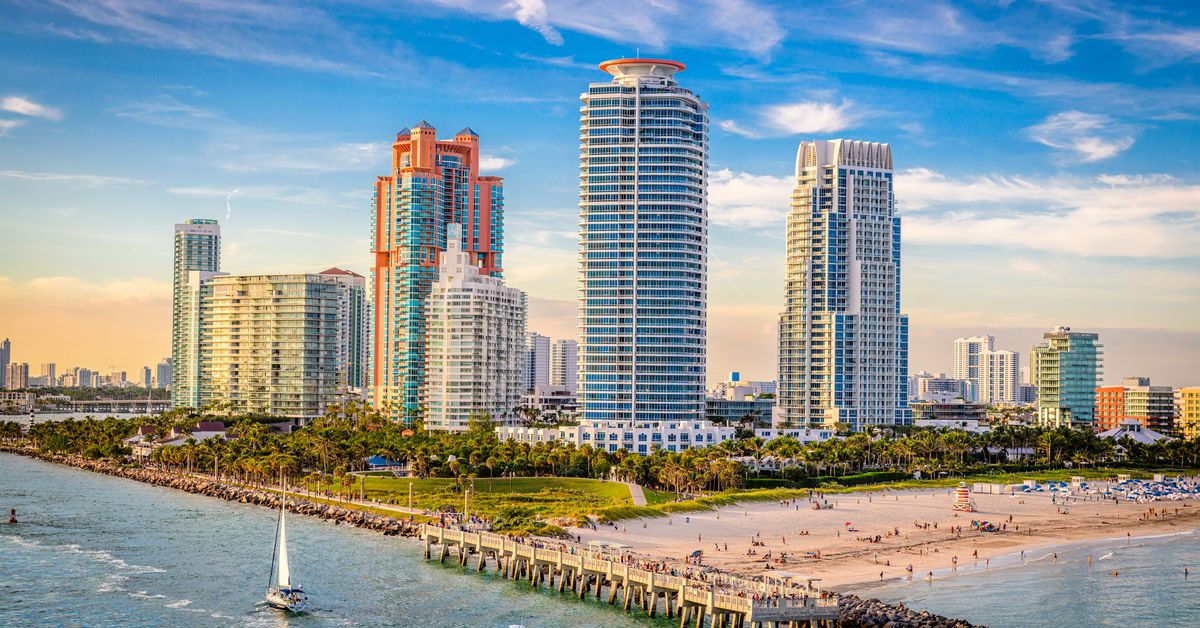 Foreign property sales were down $43 billion from last year. Is it a possible sign of the "Trump effect"?

A strong dollar will drive foreign buyers away. Simple as that. Add to that the draconian capital control in China. I saw some Chinese sources saying the government has further stepped up the control.

Unless buyers think the dollar with keep appreciating vs the currency of their home country. Then buying makes a ton of sense. The world trades in USD, so it makes sense to convert other currencies to it.

I don’t have that many close relatives in China. My feeling is that many are fully immersed in CCP’s koolaid thinking China will take over the world. I think we can mark the years 2008 to 2018 as China’s decade of rising power. After the Beijing olympics many if not most Chinese think their country has “arrived”. I suspect the next 10 years will be like a brick hitting their heads.

I have an exactly opposite anecdote. My uncle moved money from US to China to buy properties there. We used to have another guy here who bought properties in China too.

I guess some Chinese people may diversify out of China, but many if not most still believe China has the best economic prospects and thus they keep most of their networth invested inside China.

Also, many corrupt party officials and business people are desperate to move money out of China. Xi has been cracking down on them hard. Anyway without rule of law what they have inside China can evaporate in a second.