Alphabet Inc's Google announced on Tuesday it would set aside $750 million ...

Google told Reuters it would lease land valued at $750 million, and largely zoned for offices or shops, to construct mostly apartments and some for-sale homes for a total of at least 15,000 units.

The $250 million would go toward equity and debt investments in projects preserving existing affordable housing or constructing at least 5,000 new affordable units for people of various income levels. Google said it would prioritize developments near transportation hubs by its offices.

Leasing land? That’s bizarre. They should just buy it. Will the city actually let them build it given the zoning? Cities could help by rezoning light industrial and commercial space.

Their numbers are pretty weird. With 750M and 15K units we are taking about 50K per unit. But that’s just cost of the lease. How long is the lease? Who’s going to actually build the units?

Maybe it’s another one of those Microsoft schemes that grabs headline but doesn’t actually do much. Anyway I think it’s pretty absurd to put the burden of housing on charity of private enterprises.

The burden wouldn’t be on anyone if zoning and building code weren’t insane. Housing would be far more affordable.

Just look at downtown San Jose. There’s about 60,000 employees worth of office space in the pipeline. Where are those 60,000 people going to live without new housing to go with it? The Bay Area has been building 8 office spaces for every 1 home for a long time now. Vacancy was super low when that started, so of course housing and rents skyrocketed.

Yup. Housing in Bay Area is dysfunctional, and it hurts not just the area but the whole country.

Zoning is the biggest issue in the housing shortage. Cities could easily zone us out of the problem. But nimbyies won’t let them.

Not just Nimby in suburbs. AIDS Healthcare Foundation, who solely funded Prop 10 and pushing for statewide rent control, is fiercely against new home construction. They are against up zoning many times in state level and also in Los Angeles city. 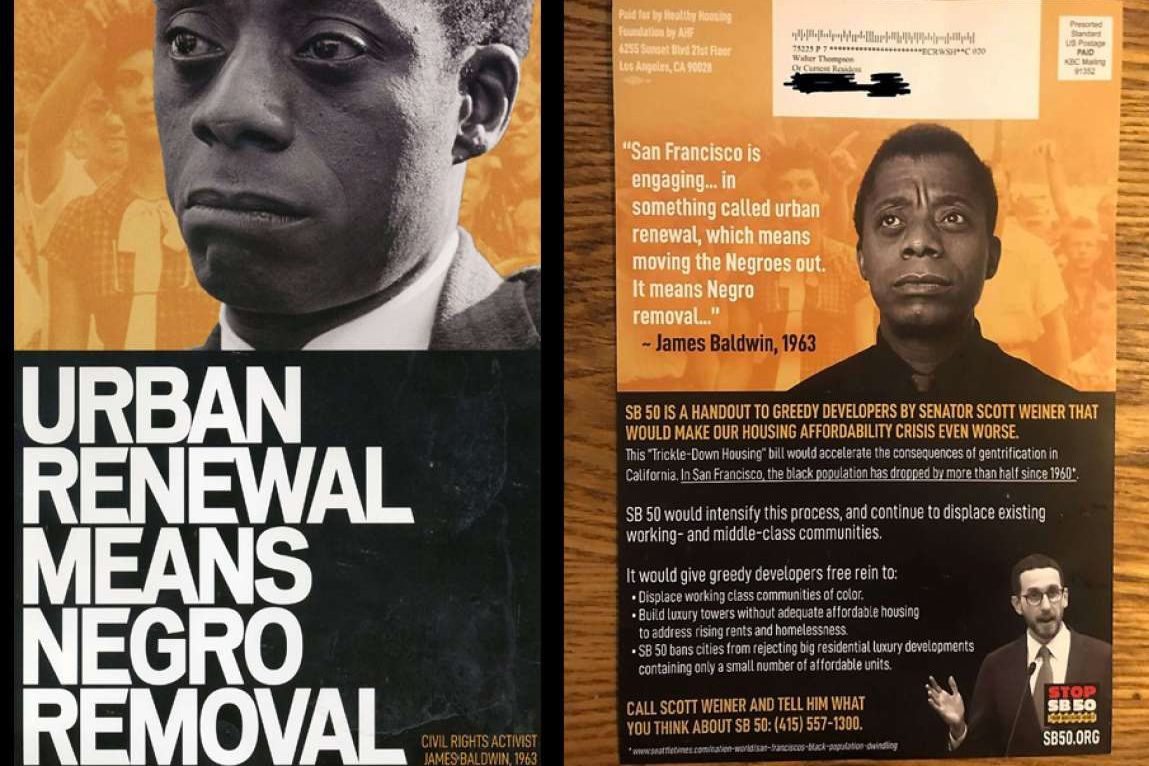 Why Michael Weinstein’s Attacks on SB 50 are False and Offensive - Unintended...

Former journalist Walter Thompson didn’t pull any punches about the fliers that showed up in his mailbox. “This bullshit mailer panders to white progressives by invoking James Baldwin’s moral outrage,”

“San Francisco is engaging in something called urban renewal, which means moving the negroes out. It means negro removal." The flier and ad feature images of Baldwin, and suggest that Wiener’s bill is “a handout to greedy developers” and will “make our affordability crisis even worse.”

The ads are funded by the AIDS Healthcare Foundation, which is the nation’s largestHIV/AIDS chain pharmacy and insurance company. And, according to the New York Times, the “most controversial.”

AHF’s revenue comes from selling HIV drugs at market prices to some 41,000 patients in the US—drugs the nonprofit acquires at wholesale discounts. These drugs can cost $3,000 per month, per patient, generating $1.3 billion per year. Donors make up about $1 million of their budget.

Much of the revenue AHF takes in, mostly from government programs like Medicaid, is spent on petty politics. In 2017 AHF [sued](So why is an AIDS nonprofit suing to halt construction and pushing for Measure S? - Los Angeles Times)to stop two low-income residential towers next to its LA headquarters. They didn’t even try to hide it: AHF CEO Michael Weinstein told public affairs consultant Steve Afriat that the 731-unit Palladium Residences project would block his views of the Hollywood Hills.

Weinstein is no stranger to controversy. He’s been accused of union-busting, giving patients kickbacks, and Medicaid overbilling. But perhaps his most problematic stance is his opposition to PrEP, a drug that nearly eliminates the chance of acquiring HIV when taken daily. He is alone in this stance among AIDS activists and public-health researchers.

“For those who aren’t as familiar with HIV drugs and Weinstein, imagine someone who slut-shames women who have sex with men for taking the birth control pill, calling it a “party drug,” then builds a $2 billion empire off chain abortion clinics,” Wiener’s policy aide Annie Frymantweeted.

Weinstein spends a lot of money to misleadpeople about PrEP. Now he’s set his sights on California’s housing supply.

Today, AHF funds “Housing Is a Human Right,” a nonprofit with a nice-enough name, and shares a lobbyist with the blatantly segregationist group Livable California, both of which oppose SB 50.

“As someone whose community has been so deeply impacted by HIV, I’m deeply offended by how they misuse HIV healthcare dollars,” Wiener, who is gay, recently said of AHF.

This isn’t Wiener’s first run-in with Weinstein. In 2014 Weinstein attempted to open a new pharmacy in the Castro without applying for a conditional use permit for consideration by the Planning Department and community members. Wiener, then serving on the San Francisco Board of Supervisors enforced Planning Commission rules. Weinstein sued Wienerand spent hundreds of thousands of dollars funding his opponents’ campaigns.

If the AIDS Healthcare Foundation truly believes that Housing is a Human Right, they’re not doing a very good job of advocating for it.

One prediction is that SB 50 will result in more homes in wealthier neighborhoods than poorer neighborhoods because their lots near transit are larger and less utilized, offering developers the opportunity to build more homes.

While displacement is a real concern, evidence indicates that building more housing isn’t associated with displacement through eviction. The most significant risk factor for displacement is poverty. Rising rents also hurt renters, which happen when demand outstrips supply for homes.

The affordable housing advocates and their people don’t want any housing built. They just want free shit for their constituents.
In fact there is no such thing as affordable housing. It is a liberal lie. All new houses have to built to a minimum standard at market rate costs. The left doesn’t want these houses built because only upper middle class people can afford them. They would rather keep their people in their ghettos and rally them to vote for liberal causes. They don’t believe in upward mobility, capitalism or the American dream. They believe in class warfare and communism.

AIDS Healthcare Foundation, Michael Weinstein, is against 2 low income towers near his office because it “blocks his view to Hollywood Hills”.

He is against new home building and against low income housing to preserve his Hollywood Hill views, pushing for draconian rent control using money extracted from Medicaid.

The guy is a terrorist. The assault from the left on capitalism and property ownership is truly terrifying. Theses are most sacred principles of American democracy. Without them America will not exist

He doesn’t represent liberal or leftist views in particular, as he faces opposition from all sides, including from those in the AIDS community. Of the ballot initiatives supported by the AIDS Health Foundation funds ($60+ million), Prop 10 and Measure S go far beyond the organization’s mission, and all have failed. The ad campaigns against SB50 were more damaging to the goal of increasing affordable housing supply.

Weinstein sells the AIDS cause to generate sympathy and take commissions from patients (40%) via its pharmacies/government funds. I think his motive is not clear cut, but publicity might be a part of it. 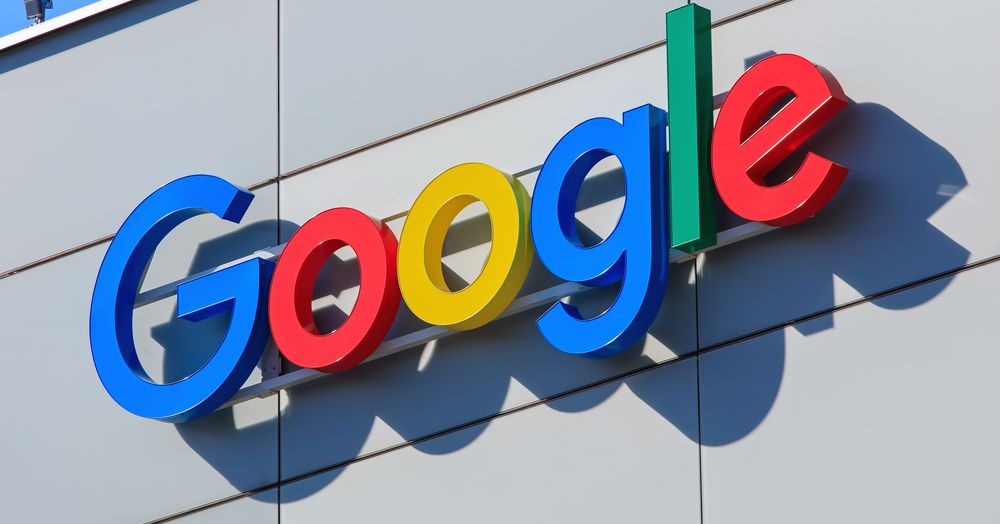 Loan to development fund that hopes to build 10,000 homes in ten years.

Amazon, Apple, Facebook and Google are investing in the affordable housing...

Affordable housing has become a crisis on the West Coast, due in large part to the expansion of the tech industry. These tech giants have pledged their help.

I still want to see a tracker with how much actually gets spent and how many units are created. I bet the actual impact will be MUCH lower than the headline numbers. Cities aren’t going to waive zoning and code requirements.

Only tech? Wells Fargos is not doing anything?

They already are. Seattle allows tent cities. It is the height of hypocrisy to allow tents and sleeping on the streets and then to have zoning and building rules that in effect stop all new construction.

Austin has one-upped Seattle. Their mayor made it legal to camp on public land. The parks are overrun with homeless tents now.

I want to know when a city will actually deal with the issue. When they close a rent city, the homeless are offered a spot in temporary housing and over 90% turn it down. It’s time a city says temporary housing and treatment is mandatory. The programs are funded, but participation is optional.

What happen to human rights and freedom which are cherished in USA? Long ago, Singapore did that and is criticized by the world about human rights. Of course, then PM LKY didn’t give a damn to any1 outside Singapore, is not their nation and not their responsibility. Btw, we also forced them to work.

Their mayor made it legal to camp on public land.

What do you expect from a Democrat?

Stephen Ira Adler (born March 23, 1956) is an American lawyer and Democratic politician who has been the Mayor of Austin , Texas , since January 6, 2015. … For eight years he worked as the chief of staff and later general counsel to Democratic State Senator Eliot Shapleigh in the Texas Legislature.

The author turned the housing crisis into a racial and sexist issue. Most tech guys stay in SF, Peninsula and South Bay. By using the stats for Bay Area which include East and North Bay, the employment number looks inconsistent with the population distribution. 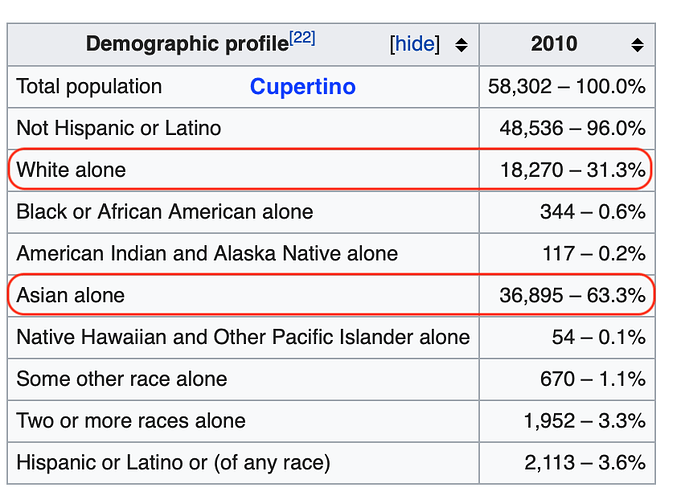 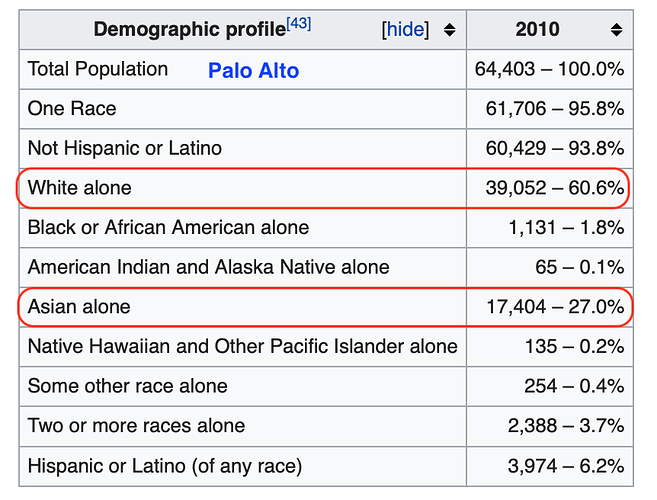