Surprisingly this video became the hottest video, and liberals are fighting over this online. Is Hillary really planning to run in 2020?

Hillary is going to be ditched by the left 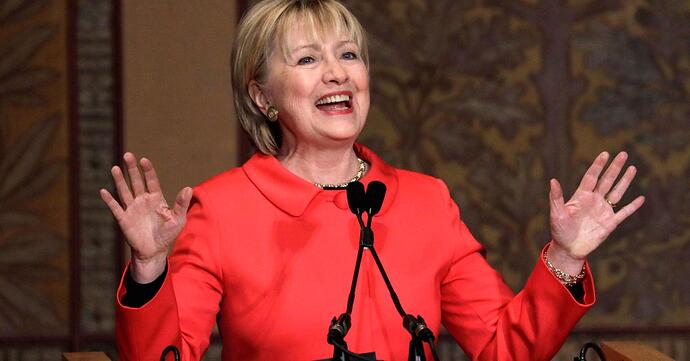 Those same people will cheer any comedian that mocks Trump. Yet making jokes about Hillary is off limits. That’s insane. All they’ll do is drove the middle away. It’s sad when their entire party message is now “We aren’t Trump”. The author is right. “We aren’t Obama” didn’t work. It was a dumb strategy that failed. Maybe they should focus on promoting ideas that’d actually benefit the public.

Bernie and a Trump both understood that. They had differemt approaches to solutions, but they both understood that people think things are broken. That’s why they had the biggest support at rallies. Hillary campaigned on things are good, and we just need small changes. That doesn’t agree with the chart I posted about real household income. It’s flat vs 16 years ago while housing, tuition, and healthcare costs have sky rocketed. Most families don’t think things are good. They feel worse off than they were 15 years ago.

The millions that left the work force know unemployment rate is a scam. The millions more working part-time that can’t find full-time work know it’s a scam too. Those people wanted a candidate that represented hope for them. Hope isn’t expanding food stamps or giving them Medicaid that they can’t addord to use.

Clinton has a strong following from the elitists. Maybe we should support Hillary so that we can all become elites.

Trump and Bernie have support from grassroots. Individually it’s still better to be an elite and not grassroots