The homeless problem got worse in a neighborhood near San Diego. One couple who was renting out bedrooms to the homeless can’t do it any more because the nonprofit that was paying the rent can’t afford it. 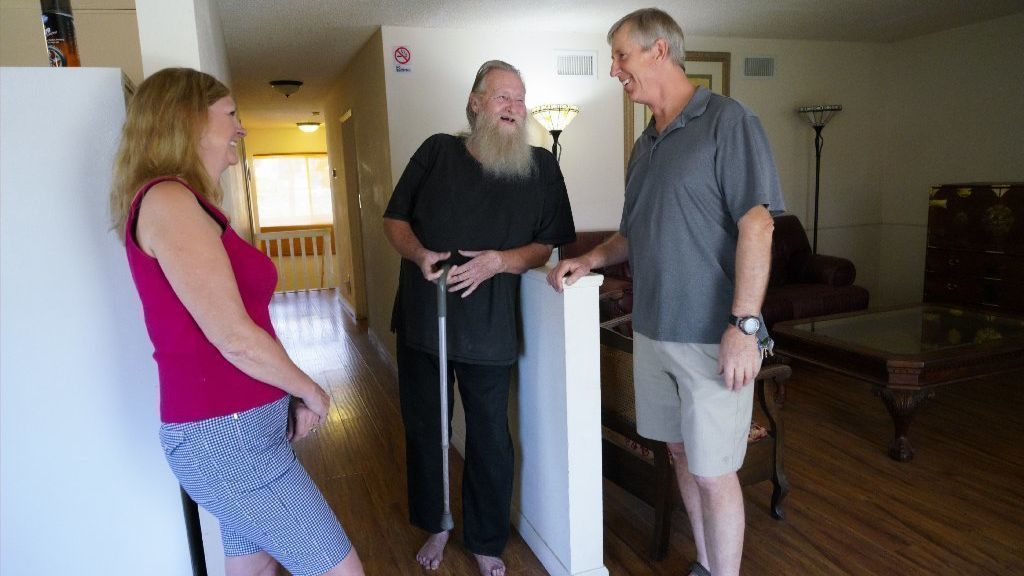 Couple who took in homeless find problems with program

After converting their home into six units for homeless people, a Clairemont couple has dealt with vacancies, evictions and other problems.

They haven’t made a profit on the program since it started.

This is the issue with grants. You quickly run out of money and have to raise more. It’s not even close to sustainable.

Very risky business. Fortunately SD has rent control, otherwise this owner would be in deep shit.

Might be better to rent to students or AirBnb

Homeless people are homeless because that can’t deal with people or problems. Make lousy roommates. Much happier living under a bridge

I don’t think they are happy though…

I am just happy Manch likes me more than you… lol

No, they’re probably not happy. And @elt1 is right, many of them lack the skill to deal with landlords or government agencies. City of Santa Cruz had about 50 to 100 tents (my estimate) downtown along the river. Anyone who goes to Costco in Santa Cruz, on their way out, they have to pass Corral St, where the homeless shelter is. On a 500’ long road you’ll see easily 50 homeless; they park their live-in cars there, plenty of tents on the sidewalk… this is not limited to one city or state.

I found this picture from Eugene, Oregon: 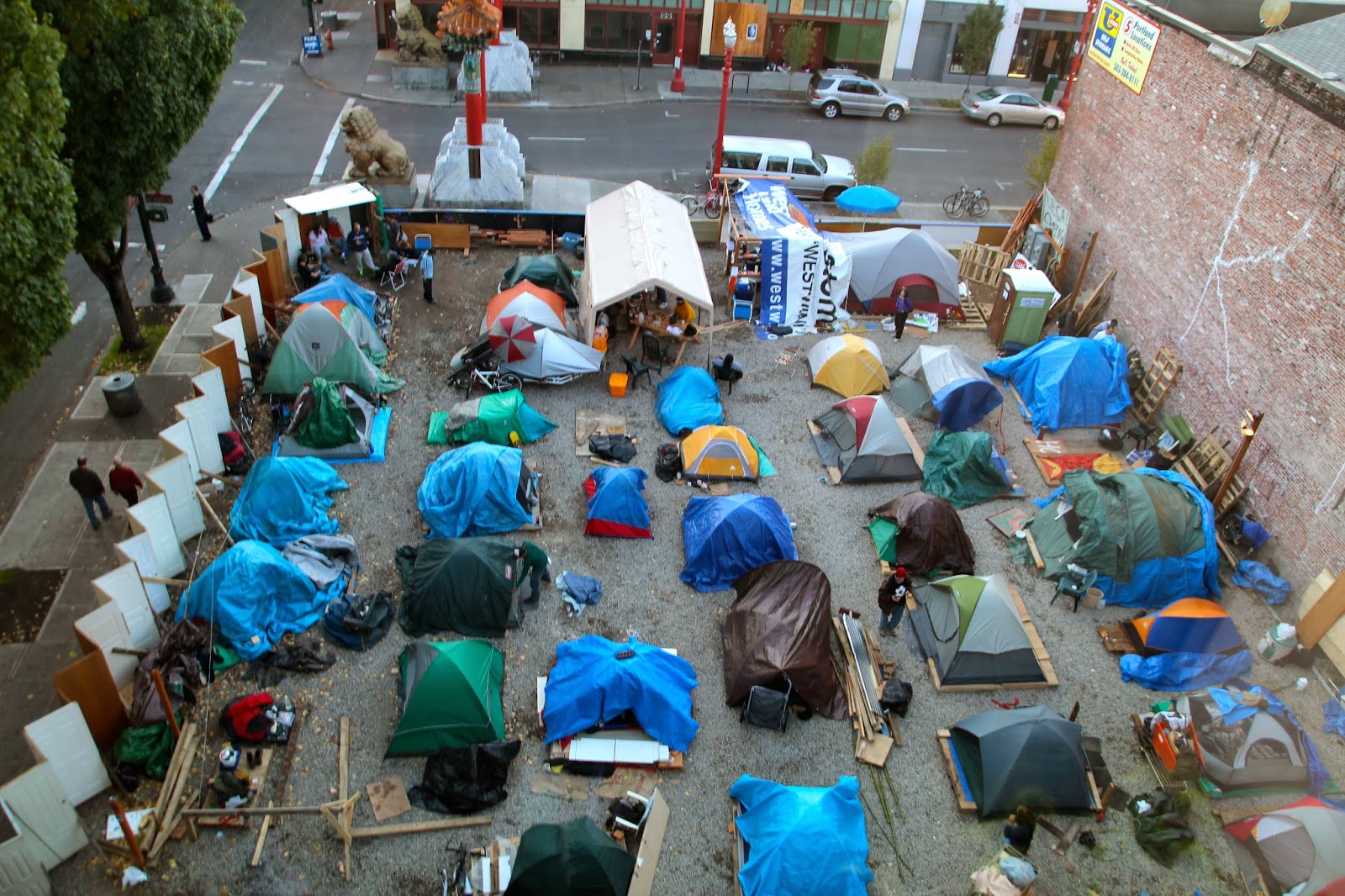 It is a lot (appears to be downtown) where the city allows people to camp. Santa Cruz has now a similar tent site. It’s surrounded by tall chainlink fence with slats for privacy, and barb-wire (!) on top. They parked a big container outside for further “privacy”. It’s right next to a very nice home, looks like built less than 10 years ago. I’m sure the owner is happy about the barb-wire.

It seems that each City has their own programs to help the homeless get into regular housing. I made some experiences since last summer. Did not get to witness any success stories, unfortunately.

Tents are a step in the right direction away from just laying under the bridge… from the picture I can see there’s even a common area where they can sit down and have coffee.

And a porta potty too!!!

So this homeless camp ground is right next to Chinatown? I can see the entry gate with the stone lions next to it…

And a porta potty too!!!

The camp site in Santa Cruz has a trailer with multiple toilets and an on-site needle exchange. There are 50 tents, appx 100 people there. Bigger than the one in the photo.
Operating the site costs $93k/month… I think $42k utlities (?) and $51k salaries for the nannies.

The cops have placed a trailer outside across the street, they probably get called all the time.

About the lions. I found another picture. This one says that the site is in Portland. Hmmm. It seems to be the same camp site. 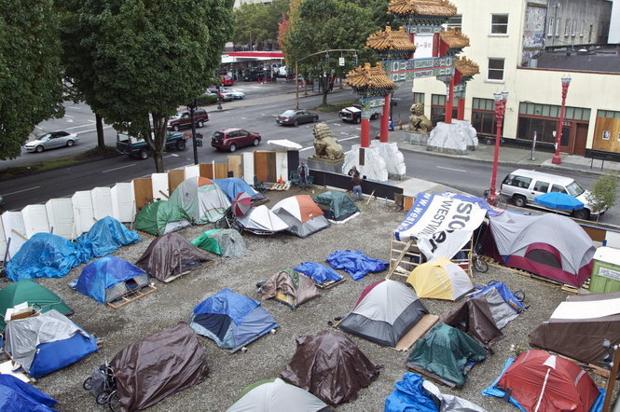 Ibrahim Mubarak and his Right2Dream Too group establish the site as a way to get the homeless off the street and under shelter, but the city says it is an illegal campsite and doesn't have the proper permit.

"The Right2Dream Too homeless camp has sprouted at West Burnside Street and Northwest Fourth Avenue. The city says the gathering, just east of the Chinatown gate, violates several laws. "

Homeless people are homeless because that can’t deal with people or problems. Make lousy roommates. Much happier living under a bridge

There are others though, that are homeless with a job but they can’t afford an apartment because of low wages,especially single mother’s. These people can be helped. There aren’t enough section 8 vouchers to go around so they become homeless. In the San Diego area they set up 3 huge tents for the homeless. One of them was in the parking lot of Father Joe"s, a homeless advocacy group that already deals with the homeless so there wasn’t too much blowback from the community. This one was for single women with children only. Two more were set up in the areas that homeless frequent.

The women with children say high rents were they main factor they were homeless. They have had some successes getting people off the streets.

The homeless count in San Diego is down 6.0% from last year. It shows if you think about a reasonable way to reduce it you can get it done. 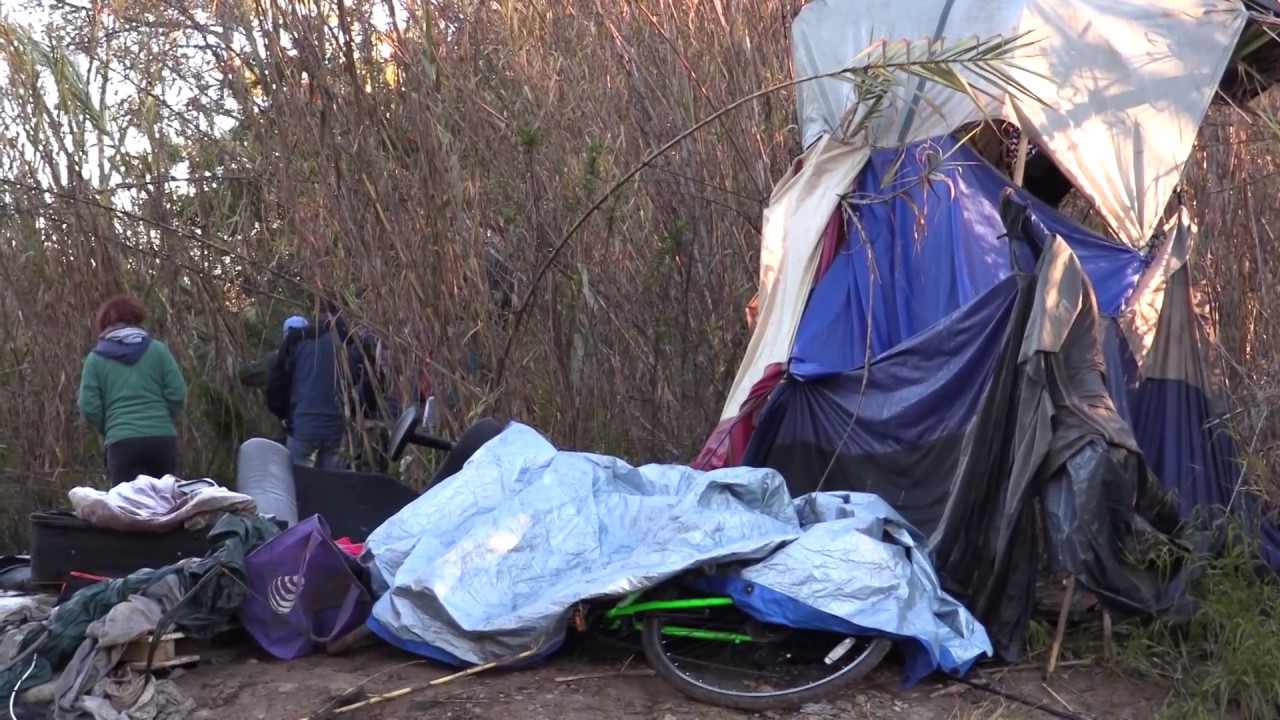 The number of homeless people in San Diego County dropped by 6 percent from the previous year, according to the 2018 Point-in-Time Count.

The homeless count in San Diego is down 6.0% from last year. It shows if you think about a reasonable way to reduce it you can get it done.

What was the addition cost for a 6% reduction?

I don’t know the total cost. I know the giant tents they bought cost 5k each. Add in costs for monitoring them and having social workers work with the homeless to get them off the street. I know it was less than San Francisco spent.

are they doing rehabilitative work? like educating/training them and put them into work force?

No, just working to find them jobs and housing. Some of them have minimum wage jobs but can not afford housing.

I don’t know the total cost. I know the giant tents they bought cost 5k each. Add in costs for monitoring them and having social workers work with the homeless to get them off the street. I know it was less than San Francisco spent.

This is the issue with programs. They tend to spend an insane amount of money for minimal impact. To apply the same inefficient methods to solve all of homelessness would bankrupt a city.