How common are $350K salaries in the Bay Area?

Bay Area salaries are actually very predictable for most part compare to working in financial firms in NYC/Chicago. There’s not a huge potential growth working in bigger companies at Bay Area.

If you get lucky with some pre IPO company you can get RSU of 300K a year, but 0 if you are unlucky.

350K total package is common if you have joined the right company 4+ years ago.

The 350K number is far more meaningful to the everyday housing market than I-win-the-IPO-lottery overnight millionaires. And there are literally tens, if not hundreds, of thousands folks in this bucket. This is individual income also, not family, which will likely be much higher.

It could be possible with a serious upside on a public company. Amzn going from 400-750 for example might do something like that… Though 350K is still pretty high.

It could be possible with a serious upside on a public company.

You don’t need that. A senior engineer/architect – the kind of engineer that is in charge of a big portion of a high impact/value product, can easily make ~225K base. Add on 80K in RSUs per year and a bonus which is 15% of base, and you’re getting pretty close to the 350K number. From my experience, this is about the range where engineers top out.

I personally know a software architect making 220k base in sf

Architect is below principal engineer?

So how many tech people inl the Bay Area make 350K in total comp?

Architect is below principal engineer?

There is no consistency with title across bay area companies. When I say “architect”, I mean someone that is roughly within the top two engineering grades. So at Intel, this would be PE and SPE, maybe?

So at Intel, this would be PE and SPE, maybe?

Architect is more a description of what the person does, not necessarily titles or pay grades. But I think a person has to be at least senior staff engineer to be architect

From the same Quora thread:

A total income of over $350k is still pretty rare.

According to the census, about 15% of households in SF had an income over $200k - and that’s for the whole household, not just individuals. It’s slightly more common in Marin or the San Mateo county, slightly less in the Alameda county. Using statistical regression, 5-6% of households in the bay area make $350k and above per year.

This article says SF inventory goes up 20% YoY. But even at this elevated level, that’s just 0.33% of the city’s housing stock.

Number of SF homes for sale up 20 percent, but there’s a catch

Good news always comes with an asterisk these days.

Meanwhile we have 15% of the SF households making over 200K, and 5-6% making 350K+. People have the money. They just choose not to sit out, for whatever reason.

I used to have access to the data. It was roughly:

Most companies have a ~10% bonus. The real variable is RSU or more accurately how much the stock goes up in value while you’re waiting for it to vest. I think most engineering orgs are P3 and P4 concentrated. You can tell by looking at the job postings. At P5, you better be an expert in something hot, or you become an over-priced relic. P6 or P7 should be published experts and present at conferences. The P5+ are single-digit percentage of the engineers. In my experience, there’s more people in management path. The number of director and higher managers out numbers P5+ individual contributors. I did a whole statistical analysis of the engineering org with span of control, headcount at each level, and total spend at each level.

Meanwhile we have 15% of the SF households making over 200K, and 5-6% making 350K+. People have the money. They just choose not to sit out, for whatever reason.

Ain’t they already own 3-5 houses? Can buy more?

At P5, you better be an expert in something hot, or you become an over-priced relic. P6 or P7 should be published experts and present at conferences.

or a hot shot Director

They just choose not to sit out, for whatever reason.

Come on, not everyone is obsessed with buying every freaking property that is out there. There is such a thing called life balance. And besides, considering how the pricing is right now it may be wise to hold off anyway or see how the election goes or interest rates. Now, I wouldn’t do what that FB idiot did and blow through his cash and then wonder why he doesn’t have anything either. Something can be said to enjoy your life while you can.

I assume this is just base salary only? If so, it makes sense.

Those are base salaries. The reason pay varies so much is stock. The stock is why it’s so difficult to recruit people away from companies where the stock has made a huge run.

If you are thorough enough, you should be able to dig the rank -> salary mapping from glassdoor and then estimate how many of them are here.

I came across 2 data points if you are interested: 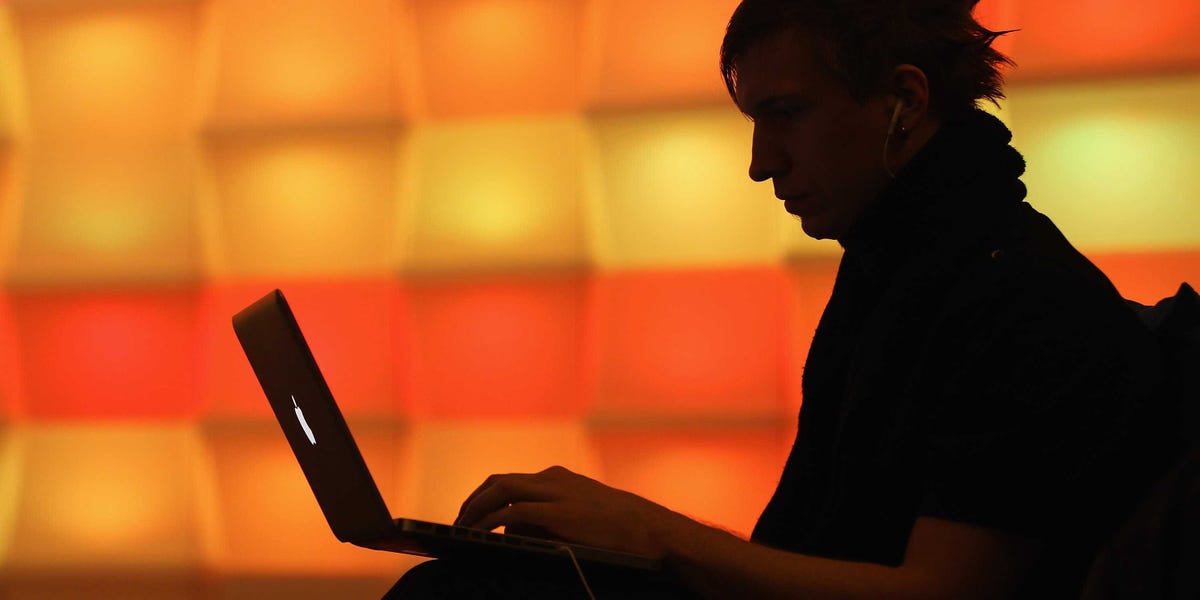 How one Silicon Valley engineer negotiated a starting salary from $120,000 to...

Haseeb Qureshi, a former professional poker player, shares how he was able to double his starting salary in just a few weeks, and get a job at Airbnb. 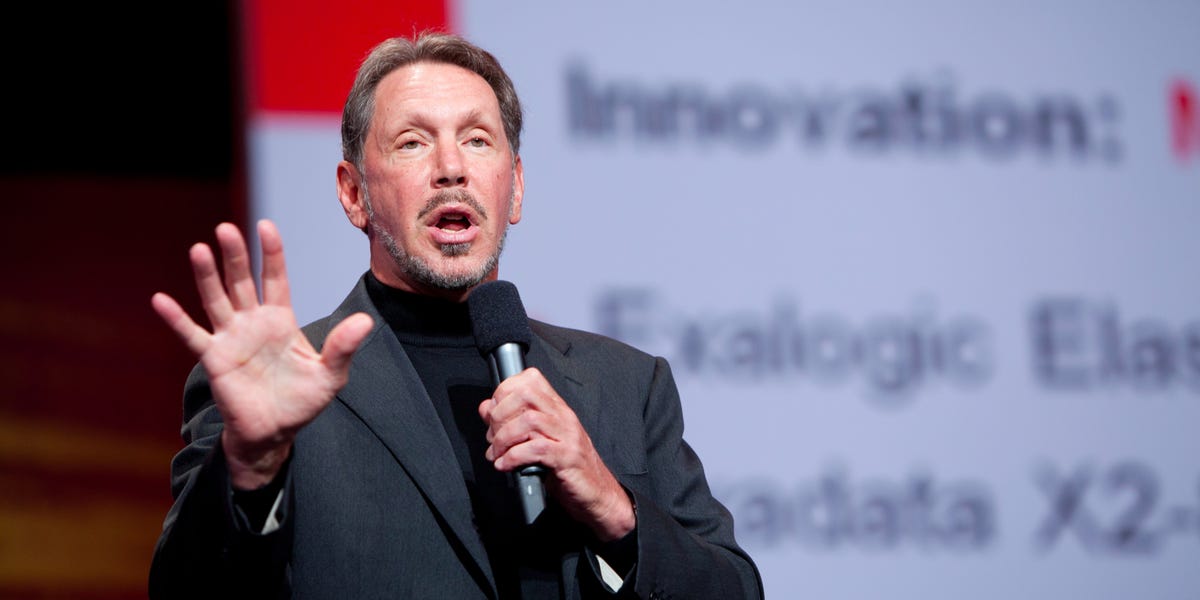 Oracle's new public-cloud team is reinventing Oracle from the inside, as the company looks to bolster its sagging cloud strategy.

This doesn’t give how many but 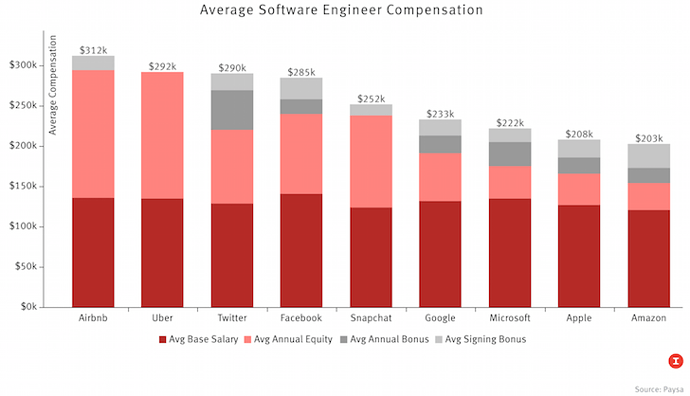 So when Airbnb, Uber And Snapchat goes public, it’s mayhem

Ain’t they already own 3-5 houses? Can buy more?

I notice that most people with an income at that level like to buy one expensive property versus multiple relatively cheap properties, not that there are any cheap ones nowadays.