I haven’t read the actual passed law but just the idea pisses me off. Why should these folks get a special benefit? Sort of the initial planned checks for people with registered cars only in CA.

The bottom line is, you personally willfully borrowed that money. No one forced you to.

F*ck, another reason why I should not have voted for Grandpa…but nooooooo Dragonboy had to vote with his conscience and do what was right for future generations when he doesn’t have any!!!

I saw one analysis that said we need transparency, because people have no idea what career prospects there are after graduating. That’s total BS, since the department of education now ranks universities on employment rate, starting salary, and mid-career salary. There are also private sources that rank degrees and schools. If people are “unaware” then they are spending too much time watching TikTok instead of caring about their future.

Come on, man, do we really need to hand hold someone who is getting his/her BA in Ancient Greek Mythology??? I guess so…

Student loan repayment has been on pause for almost two years now. Any further effect is likely tiny. Right or wrong at the end of the day 300B is just not that big of a deal for the largest economy in the world.

Farmer subsidies cost 25B every year and only 1% of Americans work on farms. 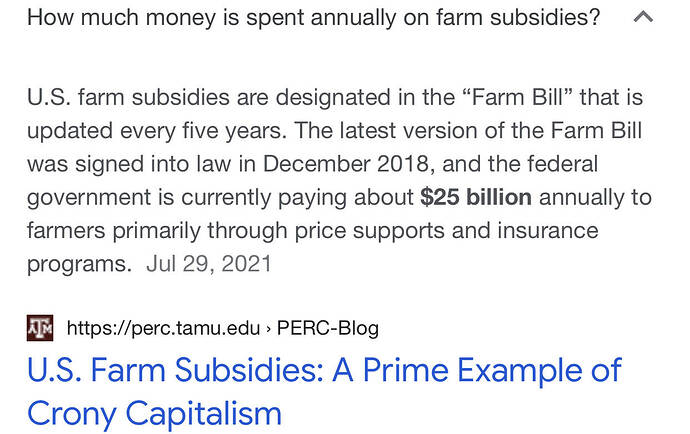 Farmer subsidies cost 25B every year and only 1% of Americans work on farms.

Well, I can argue those farms produce food that serves MILLIONS…

I worked with an Amazon VP that had a degree in art history and another with a degree in women’s studies. They clearly both realized that wasn’t going to be a variable career path.

Those farmers also make millions selling their products. If they can’t stand on their own two feet, maybe they should sell their farms to more efficient folks.

At the end of the day, the headline number is small for our economy. People just like to fund their own pet projects. So farm subsidies for you and something else for other folks. No need to make too big a deal on this.

The Biden administration is canceling up to $20,000 in student debt for Pell Grant recipients and up to $10,000 for individual borrowers who make under $125,000 per year, and it’s extending the pause on repayments by four months, the White House announced on Wednesday. 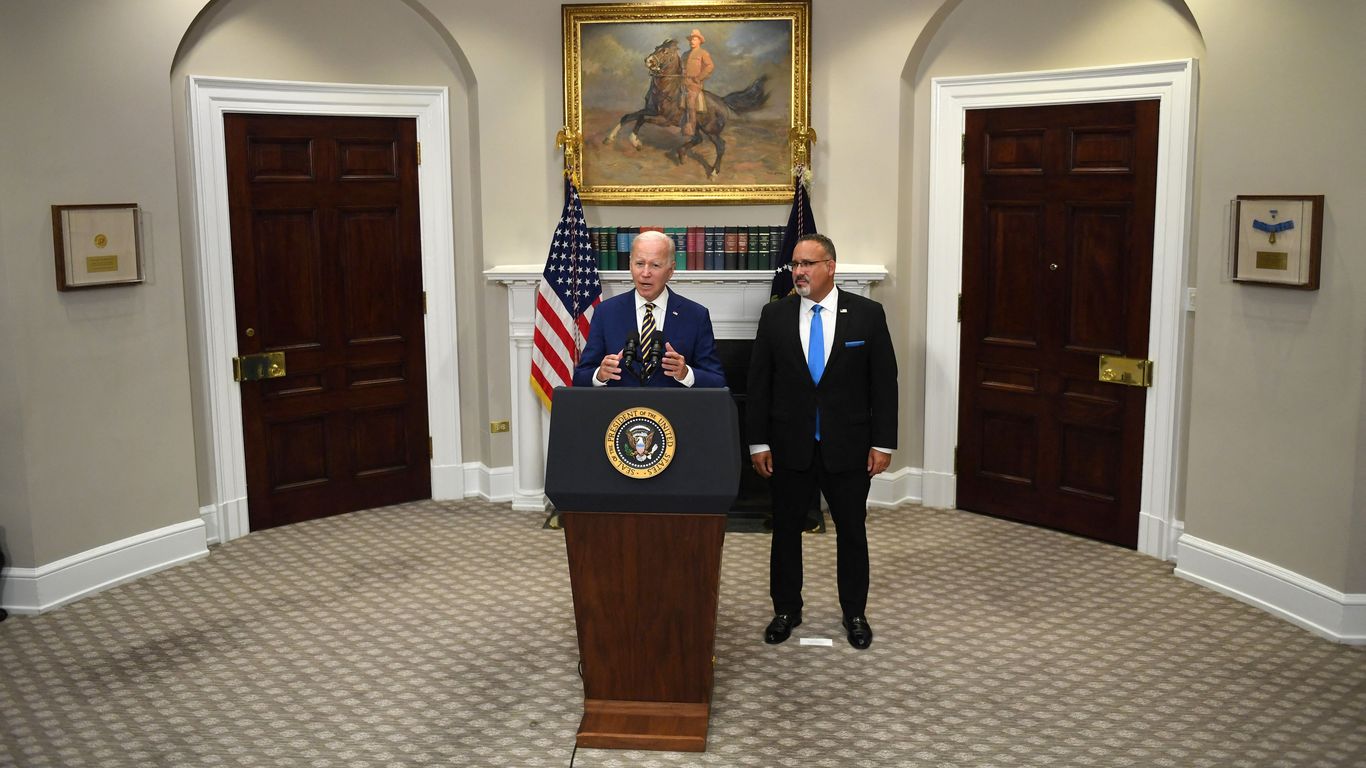 Biden cancels up to $20K in student loans for Pell Grant recipients, $10K for...

The White House also extended the moratorium on monthly student loan payments and interest through Dec. 31.

Also, cancelling loans is not the same as Uncle Sam depositing 10K into your bank account. If people were paying 100 bucks, say, every month for that 10K balance they will save $100 every month. Again, not that big of a deal.

A big part of farm subsidies are for corn to make ethanol which is blended into gasoline. We also subsidize corn, so high fructose corn syrup is cheaper than sugar. We did that to punish countries who produce sugar and were growing a lot of illegal drugs.

Ethanol is stupid, and high fructose corn syrup is super bad for our health. It may have a hand in our obesity problem.

I worked with an Amazon VP that had a degree in art history and another with a degree in women’s studies. They clearly both realized that wasn’t going to be a variable career path.

Really, you are going to challenge me with TWO individuals who overcame their stupidity???

Man, I should be Prez…

What I would propose is that these people “work off” their loans by giving back to society. No free lunches!!!

Humanities majors have seen deep decline in the last 10 years. 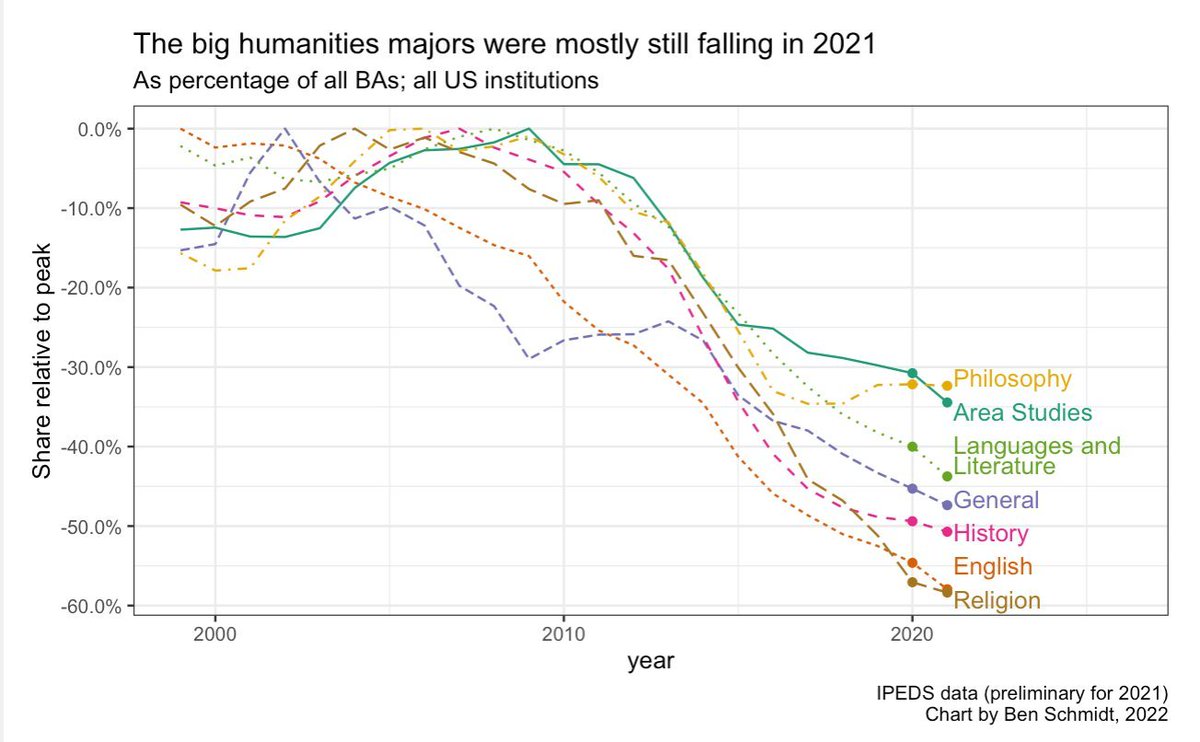 And CS alone is about to overtake all humanities combined. Kids are not stupid. 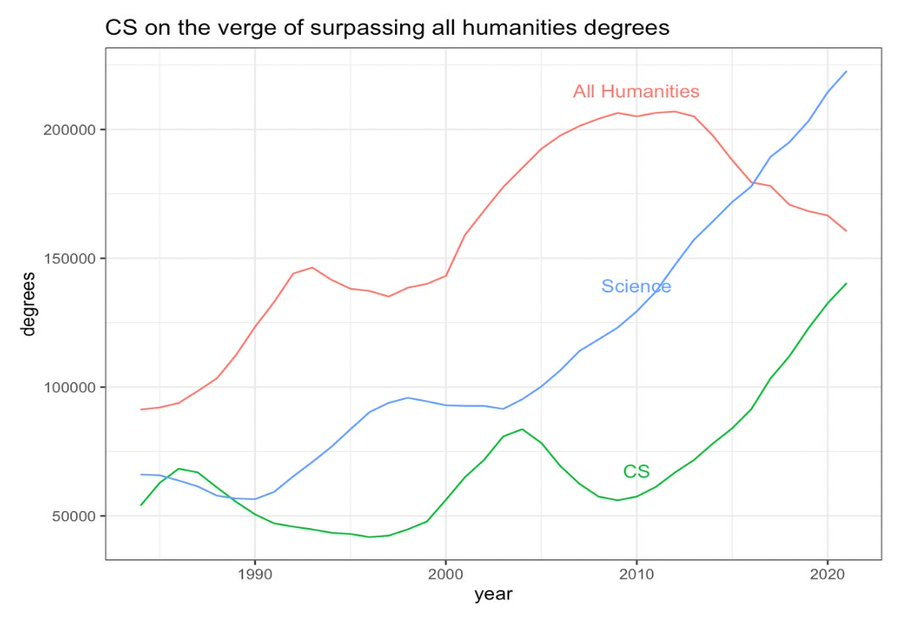 We all feast on free lunches. Home owners and business owners get all kinds of tax breaks. Don’t get mad when others get a sip at the well once in a while.

We all feast on free lunches. Home owners and business owners get all kinds of tax breaks. Don’t get mad when others get a sip at the well once in a while.

No way!!! The difference is that these morons aren’t doing sheet for this money. I can argue homeowners and business owners are at least productive human beings!!! Serves you right to study basket weaving!!!

Don’t know how many people got their college degrees in basket weaving.

But, all school teachers have college degrees. Many have masters. Same for nurses. I wouldn’t go so far as saying they don’t contribute to society.

You have rug rats correct?

What if one of your rug rats, says, Daddy, I am going to stop going to school since it sucks and since you are sooooo filthy rich from owning properties and I will get all of it anyway so can I just skate by and do nothing and just enjoy life???

What is your response, Grand Puba???

If all they ask for is $100 extra a month then sure go for it. $100 doesn’t even cover one dinner when we eat out. Why obsess over it?

Roy321 August 24, 2022, 9:35pm #19
@
Pouring roughly half trillion dollars of gasoline on the inflationary fire that is already burning is reckless. Doing it while going well beyond one campaign promise ($10K of student loan relief) and breaking another (all proposals paid for) is even worse. 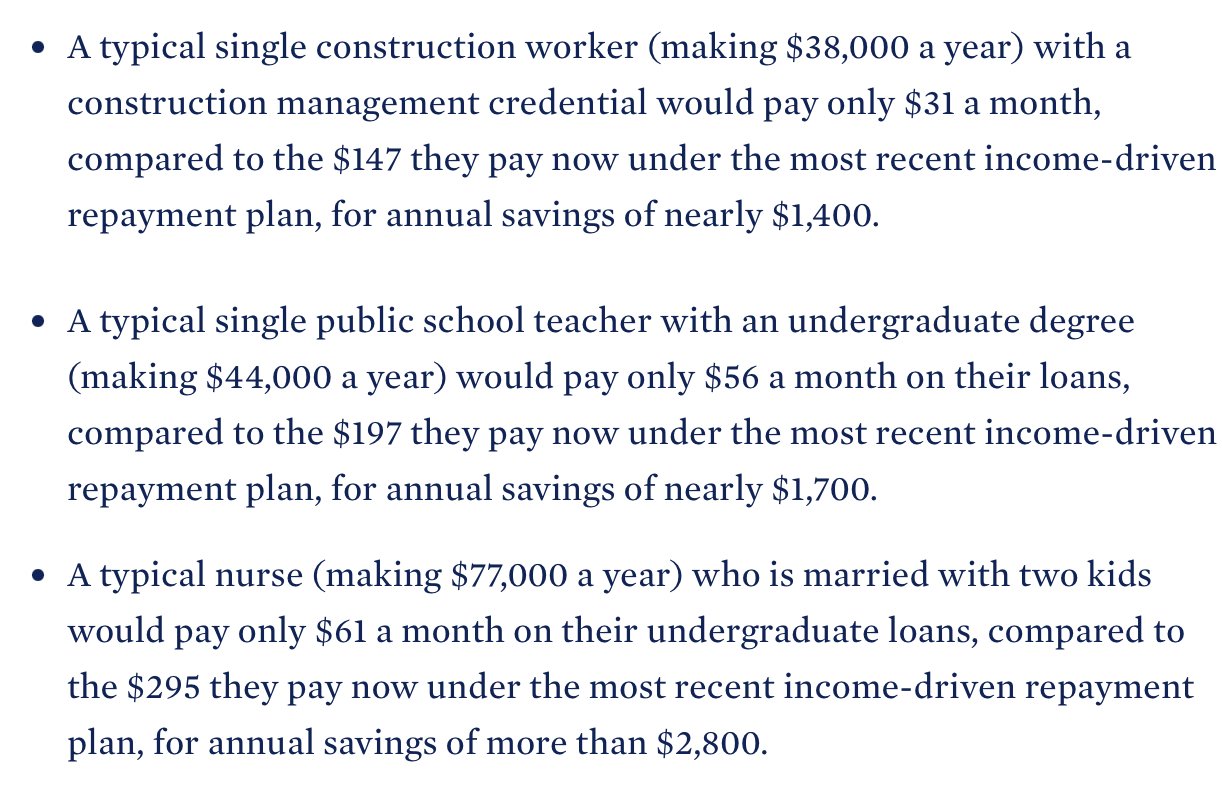 @
The White House fact sheet has sympathetic examples about a construction worker making $38K and a married nurse making $77,000 a year. But then why design a policy that would provide up to $40,000 to a married couple making $249,000? Why include law and business school students?

Jason Furman (born August 18, 1970) is an American economist and professor at Harvard University's John F. Kennedy School of Government and a Senior Fellow at the Peterson Institute for International Economics. On June 10, 2013, Furman was named by President Barack Obama as chair of the Council of Economic Advisers (CEA). Furman has also served as the Deputy Director of the U.S. National Economic Council, which followed his role as an advisor for the Barack Obama 2008 presidential cam Since 2019,...

1 Like
Roy321 August 24, 2022, 9:40pm #20
@
The student loan issue arouses passion, and my tweets yesterday were no exception. Here are some observations on some of the responses.
@
There is no analogy with bank bailouts. Student loans are grants that cost the government money. The bank bailouts were loans at premium interest in which the government turned a profit.
@
I was not enthused at the time about PPP loan forgiveness. But, at the time it was extended, the economy was in the worst free fall in a century. Now, job openings are at record rates.
@
Yes, not all loan reductions, or even monthly payment reductions, bear on consumer demand. But the direction is clear. And, for several years, demand increases from broad forgiveness will exceed reductions from the IRA. Lawrence Henry Summers (born November 30, 1954) is an American economist who served as the 71st United States secretary of the treasury from 1999 to 2001 and as director of the National Economic Council from 2009 to 2010. He also served as president of Harvard University from 2001 to 2006, where he is a professor and director of the Mossavar-Rahmani Center for Business and Government at Harvard Kennedy School. Born in New Haven, Connecticut, Summers became a professor of economics at Harvar...