Indexed Appreciation for Bay Area Homes Drops to Under a Percent 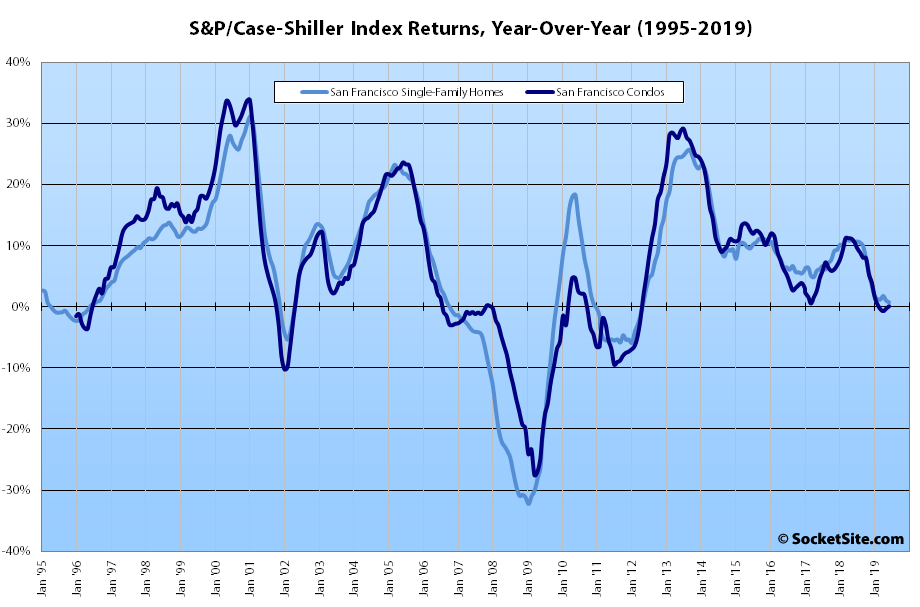 Having inched up 0.3 percent in May, the S&P CoreLogic Case-Shiller Index for single-family home values within the San Francisco Metropolitan Area – which includes the East Bay, North Bay and Peninsula – eked out a 0.2 percent gain in June. As...

And at 0.7 percent, San Francisco ranked next to last in terms of year-over-year gains for the top 20 metropolitan areas in nation, above only Seattle (which was down 1.3 percent) and versus a national average of 3.1 percent.