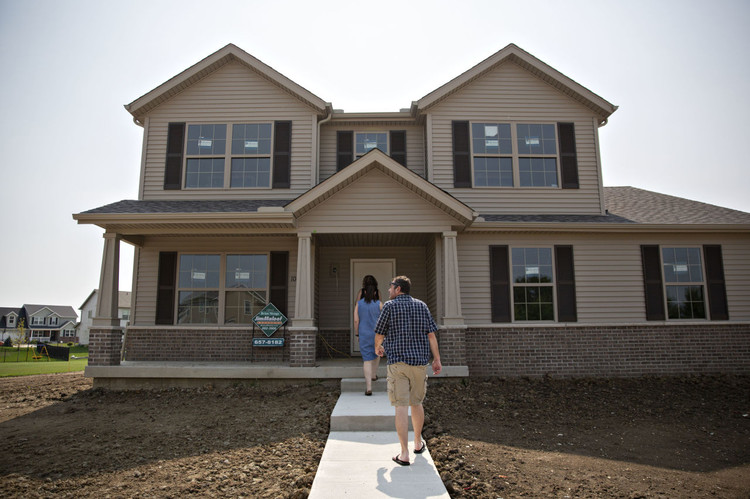 Jumbo Mortgages Are Slowing Down, Testing Banks’ Postcrisis Playbook — The...

High-end home buyers are turning cautious, a blow to banks that refocused their mortgage businesses around wealthy borrowers in the years after the financial crisis.

Originations for jumbo mortgages, which are loans too big to be sold to Fannie Mae and Freddie Mac, dropped 12% last year by dollar volume, outpacing the 7% decline in mortgages that meet the standards for Fannie and Freddie’s government backing. The $281 billion in jumbo originations was off 27% from its postcrisis peak two years earlier, according to Inside Mortgage Finance, an industry research group.

The slowdown could also signal that would-be younger borrowers in expensive cities like New York City and San Francisco are no longer willing to stomach continually rising home prices.

Alec Traub, a Los Angeles-based real-estate agent, said he has been counseling luxury home sellers to price their properties a little bit below what they think is fair value. Amy Downs, a real-estate agent at Keller Williams Realty in Dallas, said high-end sellers have to be willing to make improvements to their homes. On $1 million properties, buyers can negotiate as much as $100,000 off the asking price, she said.

“Prices have gotten so expensive in some of these coastal markets, there are fewer buyers that can afford these prices,” said Daryl Fairweather, chief economist at real-estate brokerage Redfin.

Kevin Leibowitz, the founder of Brooklyn, N.Y.-based Grayton Mortgage Inc., a nonbank lender and broker, said that it is tough to outmaneuver banks in the jumbo market. This month, he was asked to price a roughly $900,000 mortgage for a second home in California. He offered a rate of 4.375%, but couldn’t beat Bank of America’s 4%, which included the potential to drop it to 3.875% if the borrower also deposited $250,000 at the bank.

Had Eric Nadler and his wife chosen to purchase an apartment in Manhattan when they moved to the city from the suburbs last year, they likely would have taken out a jumbo loan. But instead, the empty-nesters decided to rent. Mr. Nadler, an angel investor, said a series of quick tallies on a mortgage calculator showed renting to be a more reasonable option given the length of time they were willing to commit to living in New York City.

The new tax law reinforced their decision because it would have cut the size of their deduction, effectively increasing the cost to own. “There was no reason to take on more tax liability,” Mr. Nadler said.

Leonard Steinberg, a broker at Compass in New York City, said the market in New York began slowing down shortly after the 2016 election.

Today, Mr. Steinberg said, the high-end rental market is booming as many consumers wait and see if the market cools further. An agent at his firm recently had three offers in six hours for a $40,000-per-month, five-bedroom rental unit.

“There’s a little bit of fear that some recession is coming in the next year or two and there will be more opportunities to buy cheap,” Mr. Steinberg said.

Not really. The sector performance are coming down.

Tomorrow is the last day to sell your AAPL before next monday’s grand reveal.

Tomorrow is the last day to sell your AAPL before next monday’s grand reveal.

Thank you for cursing. Now that it has dropped. BTFD! for Monday event leap to $200!

Rate in Austin is cheaper.

Oh, didn’t realize you were talking about Austin.

Mortgage rates are now breaking to new lower territory, and they could stay...

Big change YOY was the increase in Agency Loan Limits. When Jumbo Programs could reach down to $417,000, banks were making these deals left and right. When Agency Loan Limits increased, that took some of the Jumbo stuff off the table. A few Mortgage Bankers are also getting pretty competitive with their jumbo loan programs. 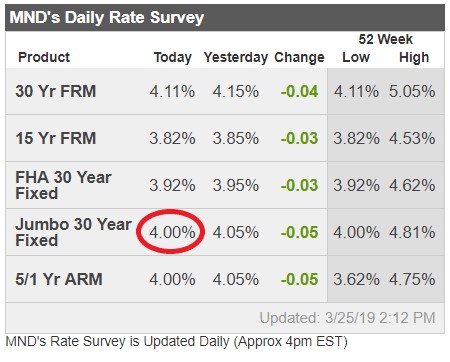