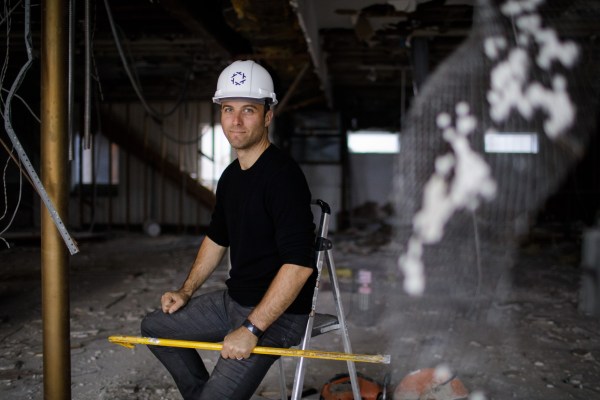 Landed splits the down payment on a home with its teacher clients — the teacher typically pays 10 percent of the home’s value, and Landed puts in another 10 percent. That money comes from investors — private institutions, like foundations, which receive equity in the house in exchange for their contribution. When the teacher later sells the house, Landed’s investors get back the 10 percent they put in, plus 25 percent of any appreciation in the home’s value. So far the company, which received $5 million from the Chan Zuckerberg Initiative over the summer, has completed 16 home purchases in the Bay Area.

Landed helped get Maria Robinson, who teaches Spanish at Carlmont High School in Belmont, and her husband, Troy, an engineer, and their two kids out of a crowded, two-bedroom apartment and into a house. The couple makes close to $250,000 a year, enough to pay a mortgage, but they didn’t have the needed $200,000 cash on hand for a down payment on a typical home in the area.

They found a $1.1 million home in San Carlos, and with Landed contributing about $120,000 to the down payment, were able to move in Oct. 7. The 1,570 square-foot home, which has two bedrooms and a loft, wasn’t a bad deal for San Mateo County, where the median home price was $1.2 million in September, according to CoreLogic.

When they talk about their new house, the couple can’t help but get excited. It has a view of the entire Silicon Valley, Troy Robinson gushed. And it’s within walking distance of his wife’s school.

That’s not actually lowering the cost. It’s just getting someone else to help pay in exchange for a return on the gains. That’s hardly innovative. Is that really the best Stanford graduates can do?

Good! Finally somebody has a positive mentality and doing something instead of bringing data to sustain negativism.

I support this ad.

This window dressing is pathetic. Zucker could build enough housing himself to solve the crisis… one city needs to show some balls RWC has the space… Now is the time
Mark should go down to city hall put $10 billion on the table and demand thes bureaucrats allow him to build 35k homes within 5 miles of his MP headquarters … and the Zuckman would make a big profit

He doesn’t need the profits from the housing, no?

I guess he’s preparing for presidency, and that might be his focus these days. Not sure if bay area housing would be his problem

One house at a time.

Besides that, I wouldn’t dare to criticize Mark, one minute typing and he will get you in trouble.

We are doing great America…just great!

SF has similar programs. You can borrow DP money from the city and in return city gets a piece of the appreciation. It strikes me as a very bad deal for buyers. You will sorely regret it when it comes time to sell.

Do they give an option to pay back pieces of loan? A buyout?
Giving equity is not as bad, when the alternative is renting, no?

I didn’t look into the details. Yes, 50% of something beats 100% of nothing. But there are so many low DP loan programs available. Is it really necessary to put down 20%? I linked to an article some time back saying actually majority of people put down less than 20.

That’s fair. I wonder how much of these low DP loans are fueling the real estate prices.
Either way, most people only know as much as their agent wants them to know. They probably just work with a traditional bank and so on which use 20% dp.

Can you point me to the article, if you don’t mind? Thanks.

Can you point me to the article, if you don’t mind? Thanks.

The 20% mortgage down payment is all but dead Mortgage

For first-time home buyers, the challenge of coming up with a 20% mortgage down payment is often difficult enough to keep them out of the market. But the fact is, the 20% down payment is all but dead — and has been for quite some time, especially for first-time buyers. “It’s been my experience that about half of my clients know that there are loans and/or programs that require less than 20% down,” says Kris Lindahl, a real estate agent in Blaine, Minn. “The other half still think that they …

Marks wife thinks its a problem. .Look the big tech companies helped create the problem, they have the means to solve it…Just do it…Profit or not it needs to be done…They have gobs of money and a responsibility to their employees. …Fuck the local bureaucracy they can beat these little podunk cities into submission

Besides Zuckerberg can use Facebook as a lobbying tool…He helped elect Trump afterall…He can bully anyone with Facebook…Time to use it against nimbyies, enviro nazies, lazy bureaucracy and special interests…Housing needs a voice…Facebook needs to to the right thing…Not just window dressing like this pet project for his wife…loans only inflate cost…We need 35k homes built now in the mid peninsula…

These little cities need to be sued into submission. .PA too…the tech giants could bankrupt all these anti growth cities…plus federal law requires these cities to provide low income housing…The feds should go after them…

I am really mad at Apple for not spending some of their cash hoard to build a VTA station a block from their spaceship. It would’ve ensured their MountainView and San Jose employees could come to work without driving. We are talking a few billion $ of investment for this which Apple can easily afford.

I am really mad at Apple for not spending some of their cash hoard to build a VTA station a block from their spaceship. It would’ve ensured their MountainView and San Jose employees could come to work without driving. We are talking a few billion $ of investment for this which Apple can easily afford.

How close are VTA tracks to that campus? I don’t think they are that close. Then you’d have people complaining about evil Apple displacing people from their homes to build train tracks for their privileged employees to get to work. Besides, VTA is horribly slow and inefficient.

Well, some profit is better than no profit.