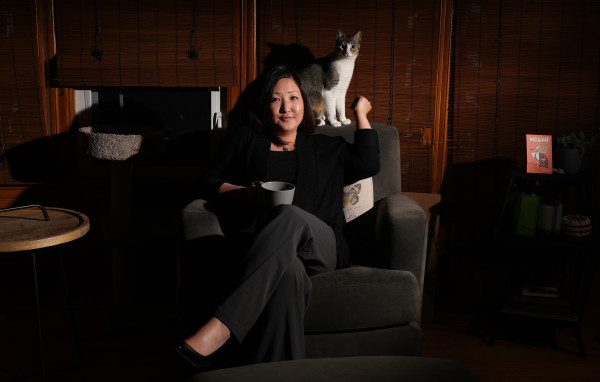 In what lawyers say is a chilling but underreported problem, Bay Area renters accuse landlords of everything from unwanted touching to offering free rent in exchange for sex.

Chau, a 39-year-old contractor for Facebook, says she lived for nine years without issue in her top-floor apartment in San Francisco’s Sea Cliff neighborhood, blocks from the Legion of Honor. Then in 2015 Gregg Molyneaux, her landlords’ son and new property manager, moved into the unit below hers.

Molyneaux, who was in his 60s, began harassing her soon after, Chau alleges in a September lawsuit she filed against him and his parents in San Francisco County Superior Court, for claims including sexual harassment, wrongful eviction, violating San Francisco’s rent ordinance and breach of warranty. In frequent text messages, he called her “hot stuff” and “sexy,” and asked to spend “private time” with her in her apartment, according to copies of the messages reviewed by this news organization.

Once, while he was in her apartment to fix a clogged sink and broken stove, Molyneaux told Chau he’d like to come up and have sex with her sometime, according to the lawsuit. On another occasion, after shaking her hand, he pulled her in close as if for a kiss, Chau claims.

So the landlord’s son is already in his 60s? I wonder how old that landlord is…

If the genders were reversed, this would have led to a firing and protests. Instead, nothing happens.

Benjamin Glaze was not thrilled that his first kiss ever was with singer Katy Perry. He had hoped to save that special moment for his first relationship.

I think that’s a publicity stunt. You shouldn’t read into it too much.

So the landlord’s son is already in his 60s? I wonder how old that landlord is…

Someone in the white house is telling you here, here!