Idiots. There’s no end to the desire of governments to collect more taxes. 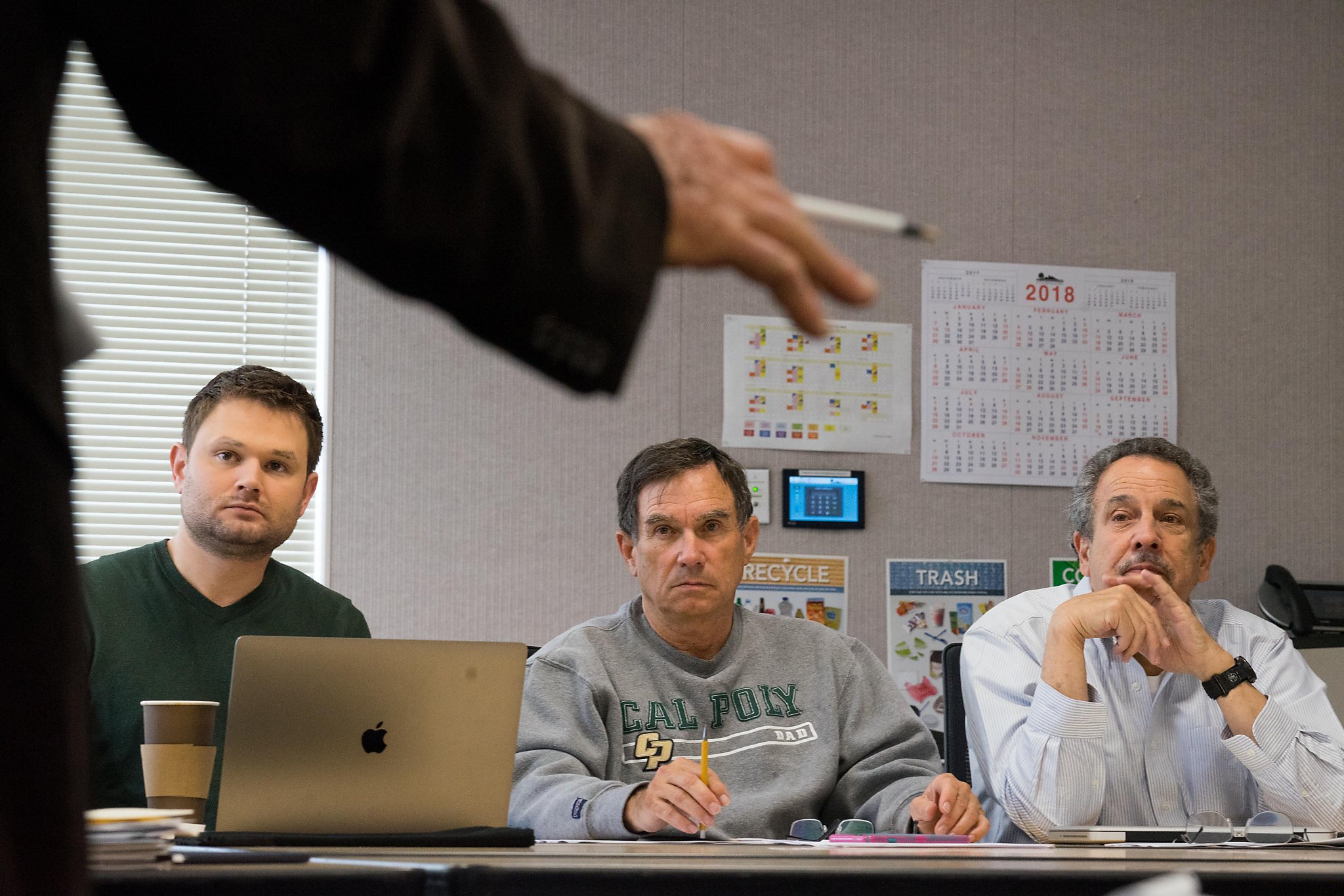 Mountain View's mayor, Lenny Siegel, says it has "too many good jobs" and not enough transit. The solution: Slapping a multimillion-dollar tax on Google, by far the city's largest employer. The tax, which may end... 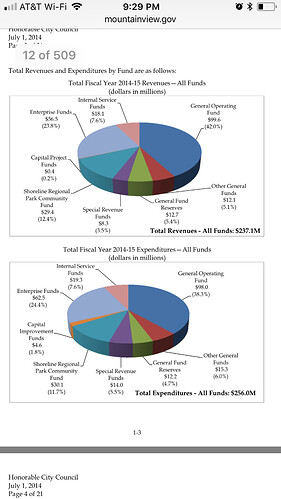 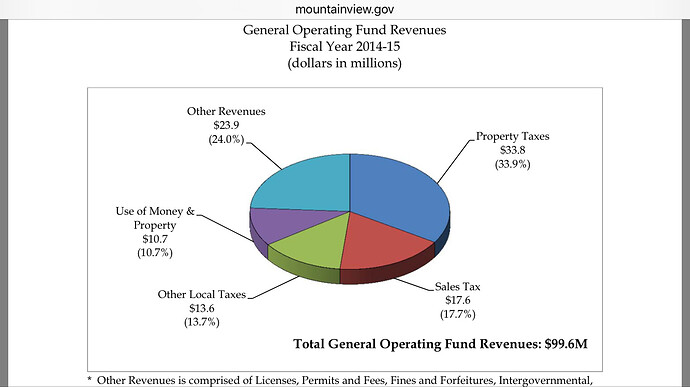 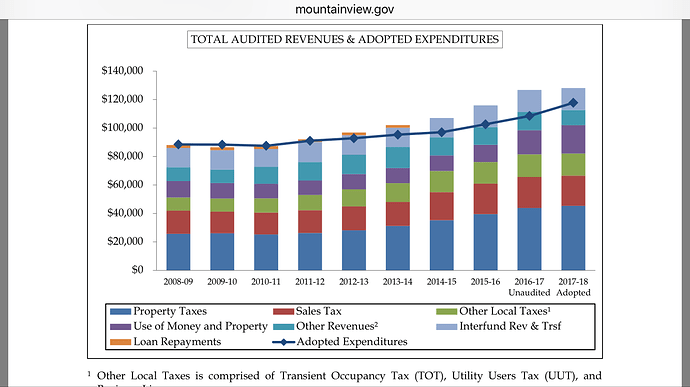 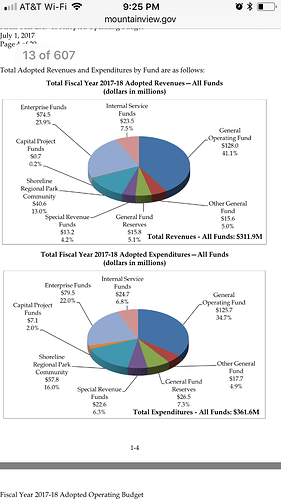 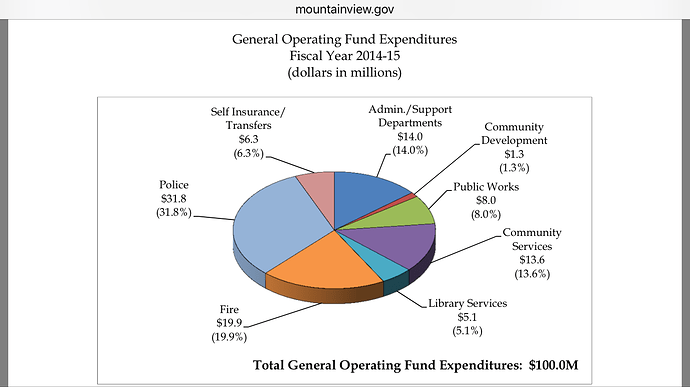 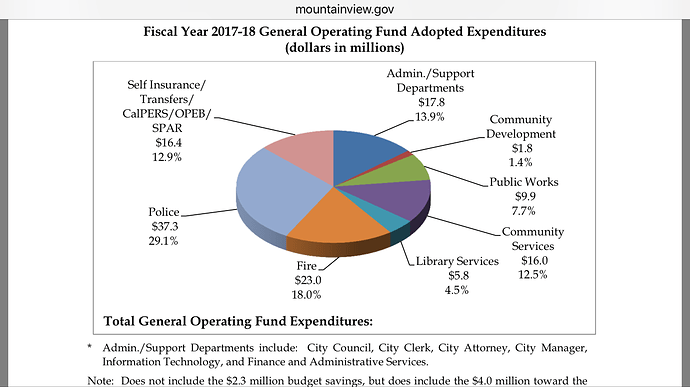 Notice that in just a few years the CALPERS amount has more than doubled. Multiple departments are up 20%+. We’re supposed to believe revenue is the problem.

Yup, and that guy probably thinks that solves homelessness. That’d be like having a boat with holes and removing all the water while the boat is on land. The boat is dry, so there’s no homelessness. As soon as you put the boat in the water, it’ll start filling up with water. None of the causes of homelessness have been addressed. Every year there will be more homeless people, and we’ll be right back where we are today.

All the high-paying Google jobs created in MV did not only create the problems. There are also tremendous upside that those jobs have brought to the city and to the region that most other cities on the planet would die for. Think about all the economic activities that those jobs have created, all the service jobs opportunities that the high-tech jobs brought along. Why doesn’t the city of MV pay Google and other companies for the benefits they brought?

Speaking of homelessness, I just read this in the news today:

“How does he propose doing this? By housing people in the more than 1,800 unoccupied private SRO units detailed in “No Vacancy for the Homeless,” in the Public Press’ fall 2017 issue about solutions to homelessness.”

“No vacancy for the Homeless” is a really catchy slogan, but why? Do the people in the city and county of San Francisco have that much sympathy for them and want to spend that many dollars to provide free rides to homeless people?

In 2002, they passed the ordinance required a percent of units be below market or the developer pays a fine. Since then, there’s been <3,000 below-market units built. They are seriously proud of those results? That’s a pathetic number. They are literally bragging about pissing on a forest fire and pretending they helped.

His vacant SRO idea would cost $40k/yr for each person. That’s insane. He talks about helping 1,000 homeless but later says there’s 3,500. So they’ll spend $40k/yr to help 1,000 people while the other 2,500 are out of luck? Oh and he doesn’t identify a funding source for the $40M/yr. That’s cool. I mean I could have a Porsche, Ferrari, and Lamborghini. I have a plan. I just need a funding source. 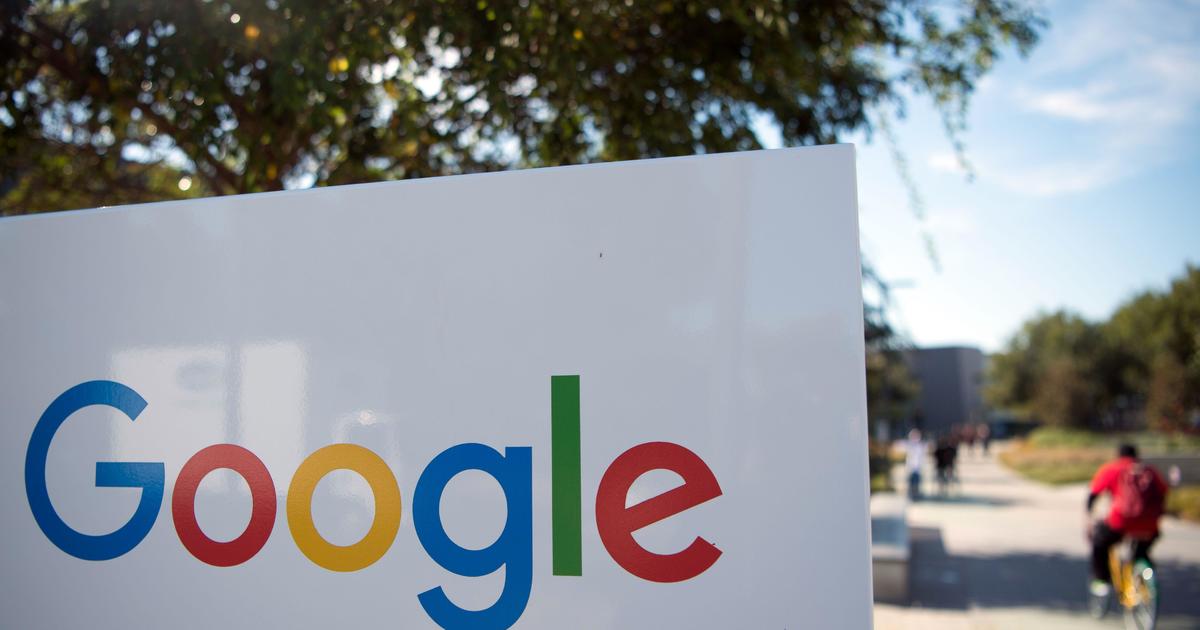