Mr. Cohen, we knew long ago what a garbage person you worked for

Any patriotic American still supporting this POS president? Cohen is telling you the kind of garbage president you support.

Flag it, you will be looked as an anti-American.

I know that Mr. Cohen, not long ago Trumpovich’s lawyer Giuliani was praising you, and even your boss called you his best lawyer, now, he is throwing you under the bus, same as he did with contractors, workers, banks, casinos, you name the person or entity, including charity foundations.

He praised you the same as:
Manafort
Flynn,
Page,
Carter.
And Putin while trashing our 17 security agencies. 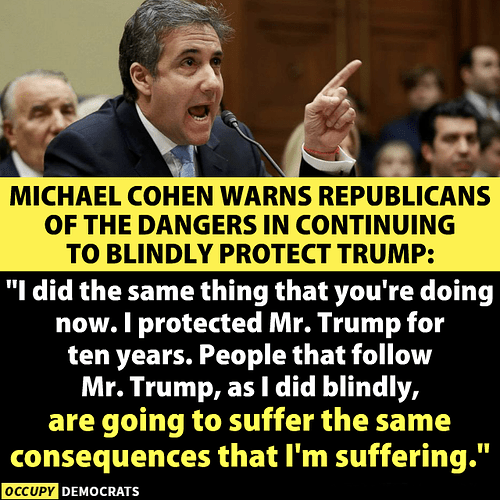