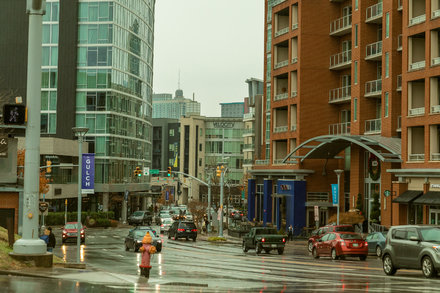 Nashville and others are thriving thanks to a mix of luck, astute political choices and well-timed investments, while cities like Birmingham, Ala., fall behind.

NASHVILLE — Forty years ago, Nashville and Birmingham, Ala., were peers. Two hundred miles apart, the cities anchored metropolitan areas of just under one million people each and had a similar number of jobs paying similar wages.

Not anymore. The population of the Nashville area has roughly doubled, and young people have flocked there, drawn by high-paying jobs as much as its hip “Music City” reputation. Last month, the city won an important consolation prize in the competition for Amazon’s second headquarters: an operations center that will eventually employ 5,000 people at salaries averaging $150,000 a year.

Birmingham, by comparison, has steadily lost population, and while its suburbs have expanded, their growth has lagged the Nashville area’s. Once-narrow gaps in education and income have widened, and important employers like SouthTrust and Saks have moved their headquarters. Birmingham tried to lure Amazon, too, but all it is getting from the online retail giant is a warehouse and a distribution center where many jobs will pay about $15 an hour.

Amazon’s announcement has been widely described as a rich-get-richer victory of coastal “superstar cities” like New York and Washington, regions where the company plans to employ a total of at least 50,000 workers. But the company’s decisions also reflect another trend: growing inequality among midsize cities. 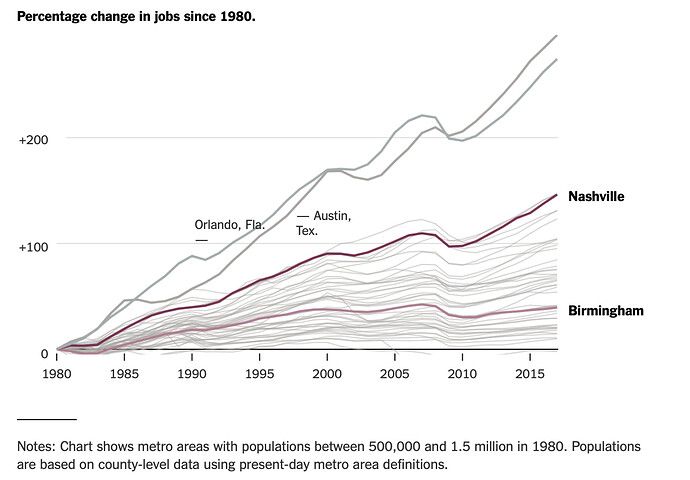 I’m surprised that Tennessee is so expensive. Nashville is so much more expensive than Orlando and Tampa. Cap rate is so so.

That’s about the same as Austin? If so why not just buy Austin instead?

Redfin’s Complete Guide to Moving and Working at Amazon Nashville

“There is no state income tax, low property taxes, low unemployment, the weather is great, and schools are highly rated. Nashville is a major hub for business and is one of the fastest-growing cities in the last five years, making it one of the best places to live and raise a family.”

“ The Nashville market is very competitive. Home prices in the area have increased more than 25 percent in the last three years. I don’t see the market slowing down this year. There’s a lot of new construction all over the Nashville area, and very low unemployment, which together helps to create a healthy market for buying and selling homes.”

Better visit Nashville and report back on the field trip. Nashville may appreciate steadily when California fell. It seems to be a safe city, very similar to Austin. Elvis recorded 260 songs in Nashville, must be a cool place

As U.S. 'superstar' cities thrive, weaker ones get left behind

In the depths of the financial crisis, when the world was shunning debt and batt...

Updated thoughts on Nashville? It’s on my radar since there’s zero state income tax, it’s growing, and it’s between where each of my parents live. They are getting older, and I need to be closer. There’s also Louisville, Lexington, Chattanooga, and Knoxville. I think they’d all be too small town. Atlanta is a bit too far south.